Can We Really Draw Parallels Between Trump and Nixon?

As the Trump-Russia investigation rumbles on, many pundits call it a modern-day Watergate. But what are these claims based on?

On June 17th, 1972, Frank Wills, an eagle-eyed security guard, noticed something strange in the basement parking lot of the Watergate office complex in Washington D.C.

For some reason, the locks on the doors that led from the parking lot to the offices had been taped over. A bit weird, no doubt, but nothing too alarming; Wills removed the tape and continued on his rounds. About an hour later, Wills returned to the lot, and so had the tape covering the locks.

Wills, realizing that something untoward was taking place, called the police. Wills’s hunch was correct, something was up; inside one of the offices, the police discovered five men who had no right to be there. They were arrested and charged.

Of course, this was no routine burglary. The offices being burglarized that night belonged to the Democratic National Committee (DNC) — and the men were there to bug telephones and steal potentially powerful political information.

In the months following the break-in at the DNC, journalists and investigators pieced together a thread of evidence that led all the way up to then President, Richard Nixon. It turned out that the men sent to break into DNC had been paid for by the Committee for the Re-Election of the President, an organization led by many of the President’s closest allies, including John N. Mitchell, Nixon’s former Attorney General.

What’s more, in the aftermath of the break-in and the initial investigation, members of the administration, including the President himself, had instigated a cover-up to hide the depth of their involvement.

Despite the cover-up, the investigation into Watergate ended with Nixon’s impeachment and eventual resignation — he remains (at time of writing) the only U.S. President to resign office.

As a result, Watergate has become the archetypal political scandal — the scandal to which all others are inevitably compared. We even use the suffix -gate to designate political conspiracies; from Donnygate, which saw local officials in a small Yorkshire town fiddling their expenses, to Irangate, the somewhat larger scandal involving selling arms to Iran to fund right-wing guerillas in Central America.

But what about Russiagate?

In January 2017, the Office of the Director of National Intelligence reported that it was likely that the Russian government had interfered with the 2016 U.S. Presidential Election in order to weaken Hillary Clinton’s campaign. Their interference including social media manipulation and hacking Democrat emails. The F.B.I. began looking into the alleged foreign interference, and into whether members of the Trump election campaign had aided and cooperated with meddling foreign powers.

Things took a step further in May 2017 when President Trump fired F.B.I. Director, James Comey. Special Counsel, Robert Mueller, was appointed to oversee the investigation, which had widened to look into whether Trump had acted to obstruct the investigations against Russia. At the moment, 13 people have so far been charged. 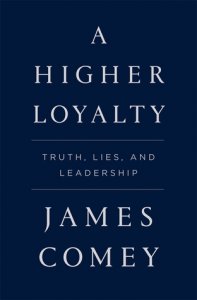 At first glance, the connections between Watergate and Russiagate seem obvious. Both involve the hacking of Democratic property — in 1972, their Watergate offices, and in 2016, their emails — and in both cases, the President stepped in to fire one of the investigators. In 2017, Trump fired Comey — for reasons not associated with the Russian investigation, he claims — and in 1973 Nixon ordered his Attorney General to fire Archibald Cox, the special investigator. Nixon had a bit of trouble getting rid of Cox, the first two people he asked to carry out his orders resigned instead. So, the whiff of cover up and theft for political gain hangs over both events.

However, it’s very important to remember how different the two situations are — at least at the moment. As much as Trump’s enemies would like Robert Mueller’s investigation to bring down the President à la Nixon, we just don’t currently have the evidence — at least, it hasn’t been made public. We will simply have to wait until Mueller releases his conclusions.

Yet, even if Mueller does present the evidence of a connection between Trump’s election and Russian interference, and even if he finds proof that Trump has tried to hinder the investigation, the similarities between Russiagate and Watergate might still be pretty weak. It may just be that Watergate, especially with regards to the conduct and attitude of Richard Nixon, will remain the greatest scandal in U.S. political history.

There’s only one Tricky Dicky

Perhaps the most shocking fact about Watergate was the fact that a sitting U.S. President was prepared to use resources collected in his name, not to mention his position as the most powerful person in the land, to break the law again and again.

And it wasn’t just the break-in at Watergate. Richard Milhous Nixon was probably the most personally ruthless and paranoid figure ever to reach the White House. Despite winning the Presidency twice — the latter by a landslide — he never felt secure. Nixon saw enemies everywhere; he could see plots and conspiracies in every nook and cranny. He famously had a list of political opponents and “enemies” drawn up. What’s more, he was also prepared to use his high political office to discredit and bring down these self-identified enemies.

In 1971, a serious leak of military papers — known as the Pentagon papers — by Daniel Ellsberg had put the Administration on the back foot. In response, the White House set up a Special Investigations Unit (known as the White House Plumbers on account of their leak-fixing remit) to combat the further leaks of classified information. Much of what the Plumbers got up to was highly illegal. For example, in September 1971, they burglarized Ellsberg’s psychiatrist in search of personal documents to discredit the leaker. They also carried out countless wiretaps and investigations against citizens and political opponents, often under the cover of National Security. To get an idea of the readiness of Nixon’s agents to break the law, take the following examples.

On May 15th, 1972, George Wallace, seeking the Democratic nomination for President was paralyzed in an assassination attempt. The shooter, Arthur Bremer, wasn’t politically motivated, but that didn’t stop the White House planning to use the opportunity to discredit the President’s opponents.

A plan was quickly hatched; the Plumbers would be sent down to Bremer’s house to plant campaign literature from a Democratic rival. The plan was to smear the Democrats with an association with Wallace’s assassination. The plot — which Nixon was very excited about — only failed because the police were too quick to seal off Bremer’s home.

Another abandoned idea was to abduct and transport opposition leaders to Mexico to prevent them protesting at the 1972 Republican National Convention. Yet another was to lure Democratic officials into compromising situations with sex workers and then take incriminating photographs. There was even talk of a plot to set fire to a building holding leaked papers, which would then be stolen back by agents disguised as firefighters. This particular plot was rejected as it was thought to be too expensive to carry out.

All in all, there was a cabal of nefarious figures prepared to break the law to destroy their rivals and a sitting President who was more than happy to give them the room to do it. We don’t know what Russiagate will eventually lead to but the bar set by Nixon and the White House Plumbers is quite high.