How New Parents Around the World Deal With Sleep Deprivation

How do new parents deal with sleep deprivation? Take a peek into the fascinating differences in sleep cultures from around the world.

Parenting and sleep: two words that conjure visions of dazed shells of the friends you thought you knew, stumbling around their homes like zombies during the first months of their baby’s life. Even if we haven’t experienced it ourselves, we’ve all seen the effects of infant-impelled sleep deprivation, and we’ve all probably wondered: how do new parents deal? The short answer is: that depends.

Sleep is a biological need, but as Kat Duff explains in The Secret Life of Sleep, the form it takes— in length, frequency, company, and environment—is culturally determined. And if there’s one thing we have at Blinkist, it’s different cultures! With 15 nationalities among the 40 of us, we rival the dock at Ellis Island circa 1897.

I spoke to five Blinkist colleagues who are parents and asked them how their relationship to sleep has changed since their wee ones came into the world. Some of them shared nuggets of advice and some shared insights on sleep customs for babies and new parents from their many varied cultures. For the new parents out there, I hope that their stories offer you some comfort and maybe even ways to get more shut-eye. For everyone else, let’s peer into the fascinating differences in sleep cultures from around the world.

Dinesh and his wife welcomed their son less than two months ago here in Berlin. Born in the Emirates to Indian parents, Dinesh grew up sleeping in the same room as his parents, as is custom in India. Having chosen to live and work in Europe, Dinesh and his wife read a lot of books and attended parenting classes here in Germany before the arrival of their son. In a departure from the typical Indian arrangement, their son sleeps in his own crib. He counsels everyone to sleep while their baby is sleeping. There’s a temptation to use this “free time,” he explains, but it will leave you exhausted and quick to anger when your baby is awake and cranky.

Indian custom is for children to sleep in the same room as their parents.

Like Dinesh, Ben’s daughter is a new addition at not quite one year old. As Ben described, he’s not had a good night sleep in the last 10 months (save for when he travels from Helsinki to Berlin for his monthly pilgrimages to Blinkist HQ) – but, he is quick to report, his sleepless nights are nothing in comparison to those of his wife who, still breastfeeding, is up at regular intervals with their daughter. In the next few months, however, Ben and his wife will start a regimen known in Finland as “sleep school” when babies are weaned from eating during the night. The idea is that the baby sleeps with the father rather than her mother, this way, it is the father who wakes and soothes his child without feeding it.

Finns have a custom to which they refer as “sleep school,” the time period in which babies are weaned from eating during the night by bunking down with their fathers instead of mom.

Laura’s the most seasoned parent at the Blinkist office. Her daughter, Ellie, is nearly 12 years old, and like most German children, has her own bedroom where she sleeps soundly. But when asked to recall the earlier days of motherhood, Laura, like Dinesh, straddled two parenting cultures. Ellie’s father is from Greece, and they would spend summers on the island of Crete, and even lived there for a time. In Germany, parents are instructed to establish rather strict rituals when it comes to sleeping. Babies and children have their own beds and bedrooms, and are put to bed at 7:00 or 8:00 in the evening. In Greece, it’s different, or, as Laura laughingly put it, “we had a routine, except a Greek-style one.” It’s hot on Crete, and life starts once the evening arrives and things cool down. Children are up and awake and play in the street until 11pm, so Ellie’s schedule had to adjust accordingly.

In Greece, children are up, out, and playing in the streets until 11 at night.

Like Laura, Pier and his Colombian wife straddle different cultures when it comes to parenting and sleeping. Their daughter was born in South America, and has been raised in Colombia, Italy and Germany. It’s Pier’s wife who makes the child-rearing decisions when it comes to sleep, and since their three-year-old is growing up in Germany, they tend to follow the German tradition of a stricter bedtime. That being said, they also stick with their gut and don’t hesitate to do what they think is best, regardless of Teutonic customs. Pier sleeps like a rock, and by the time he hears his daughter cry in the night, it’s usually his wife who’s reacted first. So while he’s not terribly sleep deprived, he reports that his sleep rhythm has changed with parenthood for the better, for example, by getting up earlier to enjoy breakfast together.

Pier and Laura have shed specific cultural customs and just do whatever feels right, wherever they and their daughter happen to be living.

Abhilasha, responsible for quality control, is another Indian colleague, and she, like Dinesh, has adopted a more European way of raising her five-year-old son. Abhilasha slept in the same bed as her parents until she was 10 or 11, which is not uncommon. But when they moved to Paris with their 18-month old, she and her husband decided to raise their child like Western European parents, “As Indian parents, we were new to this concept of separation sleep. But I wanted to raise him like kids are raised here in Europe. So we put a mattress in our room close to our bed. We put him on that mattress alone, and he would hold my hand and then sleep.” This hasn’t been the case for everyone in her expat community. She told the story of a friend who feared that by sticking to separation sleep and a strict schedule, her daughter and husband would not bond. So for this reason, they relaxed and let their child stay up later until her father returned from work.

In India, separation sleep is viewed as detrimental to the parent-child bond.

Abhilasha mentioned that her women friends back in India are solely responsible for getting up in the night to comfort children, and Laura lamented the fact that (except for the case of breastfeeding during the first months), mothers are the ones who bear the brunt of sleepless nights. The effects of sleep deprivation are not unlike being intoxicated, and it’s healthier for everyone if parents can practice self-care to make sure that they are well-rested: if not for their own, then for their children’s sake. To learn more about different approaches to helping babies and children sleep—and a renewed focus on parental self care—check out these titles. They’re also available in blinks! 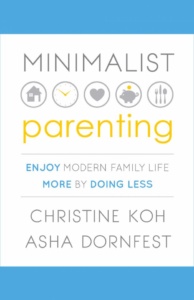 by Christine Koh and Asha Dornfest 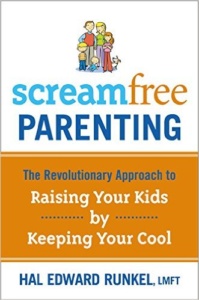 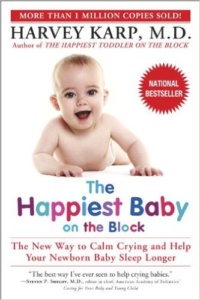 The Happiest Baby on the Block

The Happiest Baby on the Block 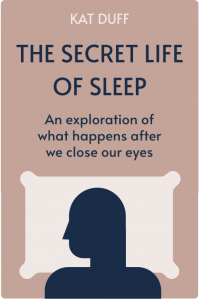 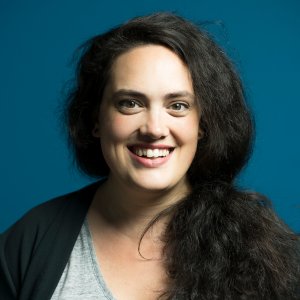