What is the Key To Jamaican Olympic Success?

Usain Bolt, Yohan Blake, Shelly-Ann Fraser-Pryce, Jamaica has a knack of producing some of the greatest sprinters. What's their secret?

If you take a look at the all-time Summer Olympics medal table, it is no surprise that the USA comes top, with 976 gold medals. After all, the land of the free is the richest country in the world in terms of total GDP and comes third in the most populous nations. The combination of huge resources to spend on coaching and development and a huge pool of potential talent is almost a guarantee of sporting success.

And yet, if you look a bit farther down the medal table you’ll find Jamaica sitting pretty in 42nd place. That might not seem so impressive, but if you consider that Jamaica ranks 117th in the GDP standings (IMF data) and 141st population list, its Olympic record is actually quite stunning.

How has this smallish nation climbed the ladder of sporting achievements? Well, if you take a quick look at each of their Olympic successes, the answer becomes clear: every single one of Jamaica’s Olympic golds has been awarded for a sprint competition. In fact, the country has won only one medal of any color in a discipline outside of the sprints. Jamaica found its lane and ran with/in it. 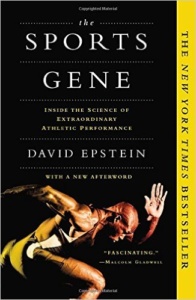 This ability to sprint may be down to genetics. According to David Epstein in his book The Sports Gene, people of Western African descent have developed bodies which can better undertake bursts of explosive speed. Jamaican culture also plays a part—athletics is second in popularity only to cricket. Many Jamaicans avidly watch the high school national sprint championships and the adolescent winners can become household names. In short, the Jamaicans love track and field, and the sprint races especially.

With this seeming natural ability for the sport and a population clearly enamored of it, it’s no surprise that Jamaica does so well in sprint competitions. The more surprising element is the extent to which Jamaica focuses on sprinting at the Olympics. Take the 2012 games in London: of the 50 Jamaicans athletes who travelled to the UK, an amazing 37 were sprinters, and only 3 athletes performed disciplines outside of track and field. 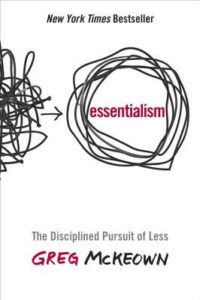 By focusing on the handful of activities that they know will bring them success, the Jamaican Olympic team are practicing a new-ish philosophy—even if they aren’t aware of it—called Essentialism.

In his book, Essentialism: The Disciplined Pursuit of Less, Greg McKeown explains that instead of trying to do as much as possible with a given time, the essentialist focuses only on doing the things that matter.

Most people feel the obligation to do all that is asked of them, and this usually ends up with them doing too much. An essentialist, on the other hand, just concentrates on doing what brings value to their life and career. To find this they first explore and evaluate by asking of everything they do: “does doing this bring me closer to where I want to be?” If the answer is negative or uncertain, then the item in question gets eliminated. With a pared-back list of priorities, the essentialist can begin to execute each task in the most efficient manner. By focusing on fewer, more critical elements, the essentialist nails the important stuff.

From an Essentialist perspective, it stands to reason that if the Jamaican Olympic team were to spread resources a little wider, maybe give their boxing teams or swimming teams some of the training resources and attention their sprinting team gets, they’d probably end up with no additional medals in swimming and boxing, and fewer victories in sprinting: their champion sprinters would lack the optimum coaching and development. This is perhaps the reason behind the country’s poor success at the 1984 Games. The 43 athletes sent to Los Angeles, contained 13 who were not track and field. Compared to the 4 Gold, 4 Silver and 4 Bronze won in London, the Los Angeles generation brought back just 1 Silver and 2 Bronze.

Life lessons in Essentialism and sport

We can all learn a simple lesson from the Jamaican sprint team’s focus: whatever we do, whoever we are, we should pour our energy and drive into doing the things that bring us reward.

Here’s an essentialist experiment for you: think about what you devote your time and energy towards each week and compare it to what you really excel at and feel happiest doing. The things that don’t serve your goals or bring you joy, consider cutting out, or devoting a little less focus to. By clearing the track of the non-essentials, you’ll soon find yourself sprinting ahead in life.

For more on getting back to basics and on to your goals, you can get the essential bits of Essentialism by Ian McKeown on Blinkist.