Just Do It Tomorrow: The Powerful Science Behind Putting Things Off

Procrastinating can be your most powerful ally when it comes to productivity. Here is the powerful neuroscience behind why. 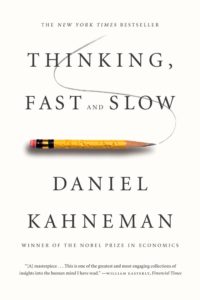 It’s Thursday afternoon, 15:00, and you’re sitting at your computer, pretty worn out after a long week at work. But then an email from your boss drops into your inbox. “We could do with that report you’re working on. Urgently.” Obviously, you immediately drop everything else, and rush to finish it. When you finally hand it in, you are filled with an enormous sense of accomplishment: look how quickly I can work! Your mind croons. I’m so productive. And yet, the following morning, your boss returns that report, highlighting many instances of sloppy work. In your rush to finish it quickly, mistakes snuck in. Why is this? Why does pushing to finish something end up breeding errors which will just take additional time to correct? The answer lies in the two systems of the brain, most famously outlined by Daniel Kahneman in his bestselling book, Thinking, Fast and Slow.

When rushing into a task, you’re engaging a part of the brain known as System 1. System 1 is the area of the brain that acts instinctively, often without our conscious control. It’s the part of the brain that makes you jump at a loud sound, or recoil when something is thrown at you. The lightning-quick reactions granted by System 1 were very useful for keeping our ancestors (who faced rival tribes and saber-toothed tigers) safe. But, when it comes to making decisions today, System 1 can really hamper productivity. When you react quickly and engage System 1, you’re acting on impulse, not considered plan, and this leaves open the door for a flock of careless mistakes.

The famous bat-and-ball problem is an example of how System 1 can be the downfall of effective problem solving. It goes like this: a bat and ball cost $1.10. If the bat costs $1 more than the ball, how much does the ball cost? $0.10? Wrong. If you take a moment to do the math you’ll discover the cost of the ball is actually $0.05. The reason you probably got it wrong first was because you acted quickly and relied on the impulsive System 1.

So, how can you ensure that you use the area of the brain that thinks and does things right? It’s actually quite simple: you need to slow down. When you pause for a second, you bypass the impulsive System 1 and engage System 2, the part of the brain associated with focus and careful thought. It is this area of the brain that will help you take the best course of action, not the easiest.

In his book Wait: The Art and Science of Delay, author Frank Partnoy argues that instead of doing something as soon as we can, we should wait until we have enough information to make the right decision.

Though they appear to be acting on instantaneous instinct, pro tennis players are actually prime examples of the power of waiting. Given that a player can serve a ball so fast that their opponent has only 300 milliseconds to react, you’d think that the best players are the ones who react the quickest. But only rookies (like fools) rush in—by contrast, the best tennis players wait. They take the first 200 milliseconds or so to glean as much information as they can about the serve, like its speed, its direction, and its spin. Only then, at the last possible second, do they move to hit the ball.

Pausing and allowing your thoughtful brain to kick in doesn’t only work for tennis players. We can all massively improve our productivity if we stop acting immediately. The simple act of slowing down, thinking, and then acting lets you divine the best course of action, thus becoming much more productive. Best of all, this rings true for whatever you do, be it writing a report, programming code, or doing the tidying up.

So, next time you need something done right, don’t do it yesterday—do it tomorrow.