The Blockchain of Command: What Is Cryptocurrency & How Does It Work?

While bitcoin is in the public eye, the technology powering it could outlive any cryptocurrency. But it has a lot to overcome before it becomes standard.

It’s been hard to ignore talk of bitcoin in recent months yet getting your head around how it works is another matter entirely. How can a digital currency have a value and keep a limited number when digital items like files and documents can be copied and sent to numerous people?

The answer to that is the blockchain, the technology underpinning bitcoin and other cryptocurrencies. Chances are you’re going to hear more about it over the next few months — if you haven’t already — but what is it exactly?

What is the blockchain?

The most straightforward way of explaining blockchain is to say it’s an encrypted shared database of transactions, a digital ledger if you will.

When you want to complete a transaction, you would need a ledger so you can keep track of them. That’s the role blockchain plays with cryptocurrencies as it creates a public ledger. The idea is that by doing this, you create trust in whatever you’re transferring.

Think of it as a way to give a digital item the same properties as a physical object. Let’s say you have a quarter in your pocket. You can give the coin to someone, and they can decide what to do with it like spending it or giving it to another person.

Now imagine if that coin was a digital file like a word document. You can create copies, send them to numerous people, modify it so that it says $5 or another value, or just put it up online for anyone to download. Think of any meme that exists — which usually remixes or transforms the source material into something different — and you get the idea.

Using a blockchain keeps data in check by treating it like a physical item. By keeping track of data like who owned it before, who received it, the amount and so on, it prevents anyone from trying to change, modify, or duplicate it.

How it prevents that is by being decentralized, meaning the digital ledger is shared by everyone — it’s not tied down to one particular server or service.

If someone tried changing any details on their version of the blockchain, it wouldn’t match up with the many other blockchain ledgers online. Using the earlier example, nobody can give themselves more coins as it wouldn’t sync up with the others in the system.

Bitcoin has a limit of 21 million coins – not all have been mined yet – so that helps, but you still need the blockchain to prevent fraud or someone from copying a bitcoin and claiming they’ve always had two.

How is the blockchain created?

When someone makes a transaction, a hash is created. This is where the transactions are taken as an input, run through a hashing algorithm to verify it — basically a complicated math problem it solves — and comes out the other side as a fixed length hash (a set amount of random numbers).

To give an example, let’s say the fixed length for any hash is 20 numbers. If you take any word in the dictionary, be it ‘fox’ or ‘floccinaucinihilipilification,’ and put it through that hashing algorithm, both of them would come out as a hash that’s 20 numbers long.

Every transaction made is contained within notes about the math problem, which are called blocks. Each block contains four pieces of information: the hash of the previous block, a summary of the transaction, a time stamp and its proof of work (the math problem it solved).

Once a block is completed, a new one is created and it goes through the same process, effectively creating a chain.

Since processing a transaction requires solving complicated math problems to encrypt them — and the blockchain means you have a whole series of them — it’s incredibly difficult for anyone to fake or undo a transaction and creating one requires a significant amount of processing power and electricity.

It avoids the problem of double-spending, the idea that someone could send a single unit of currency to two or more different sources.

If you own a bitcoin (or any cryptocurrency), what you have is the private key (a password) to its address on the blockchain. If you lose it, you’ve no way of getting your money back. Similarly, each account has a public key, allowing other people to send bitcoin to your account.

While blockchain is a promising technology, it’s important not to get swept up by the hype. In theory, it can be applied to anything that requires lists, but the reality is that there are significant barriers it needs to overcome to become a practical technology.

As mentioned earlier, a significant amount of resources is needed to mine a new bitcoin — that is processing maths equations through specialized software.

To add to that, there are no international standards for it to follow, the amount of storage space the bitcoin blockchain alone takes up continues to skyrocket (it was approximately 149GB in December 2017), and its transparent and decentralized nature means it isn’t suited to industries with sensitive data like hospitals.

Also, the irreversible nature of it means that if you accidentally send a bitcoin or data to an account that doesn’t exist or is inaccessible, it’s gone forever. The reason behind that is down to its use of smart contracts, where a legal agreement is set up in the form of a computer program and activates when certain conditions are met. Once activated, you cannot stop it.

This leads to its biggest problem which is it doesn’t take human error into account. Code may be logical but real life is messy at the best of times. Smart contracts mean programmers need to write perfect programs on the first time of asking as they can’t go back and change it once it’s active.

Once deployed, any problems you may encounter can’t be fixed, and in a real world setting, where laws, regulations and situations change, its inflexibility creates problems.

As David Gerard says in his book Attack of the 50 Foot Blockchain, smart contracts are unsuited for the mechanisms of the real world, specifically that which requires human interpretation.

“The purpose of law is not to achieve philosophical or mathematical truth, but to take a messy reality and achieve workable results that society can live with.”

The technology is exciting, but we’re a long way from it becoming practical. 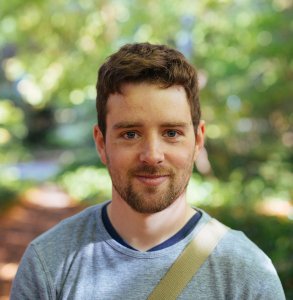 ABOUT THE WRITER
Quinton O’Reilly