iPhones and Androids seem indispensable today, yet it’s unlikely we’ll be using smartphones in a decade. But what type of technology will replace them?

Here’s a fun trick: Go to Google Image Search, type in “future phones,” and adjust the settings so your query only returns results from 2008 and earlier. (This link should save you some time.) You’ll find some pretty wild concepts, few of which look anything like the devices most of us carry around today. And though it might be hard to believe, it’s just as likely we have no idea what the technology of 2028 will look like. Yet that doesn’t mean we can’t speculate.

Myriad movies and television shows throughout the 20th century attempted to predict the type of technology we’d have at our disposal in the new millennium. But The Jetsons, Blade Runner, and Back to the Future Part II all missed the mark when it comes to smartphones. In fact, you’d be hard pressed to find an accurate depiction of our pocketable supercomputers in any film made more than 20 years ago. Even 2002’s prescient blockbuster Minority Report lacked anything like the phones that hit the market a mere five years later. So, what are today’s futuristic films missing in terms of tomorrow’s tech? 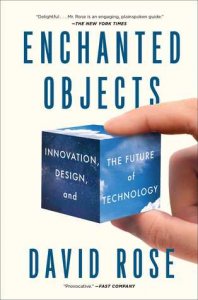 In Enchanted Objects: Innovation, Design and the Future of Technology, author David Rose argues that screens are slowing us down, and smartphones will likely fall by the wayside as “enchanted objects” become more commonplace. Rose explains how, unlike today’s technology and its app-centric ecosystems, enchanted objects will be designed for a single purpose, and they’ll use a connection to the cloud to increase our convenience without distracting us. And rather than requiring our full attention, such interfaces will make accessing information nearly effortless by responding to natural human gestures. Evidence of this is already visible in the evolving Internet of Things, which aims to bring a new level of awareness and interconnectedness to the appliances around us. 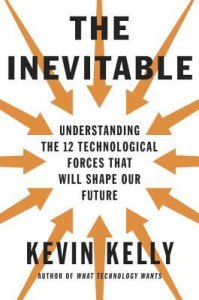 Kevin Kelly, author of The Inevitable: Understanding the 12 Technological Forces that Will Shape Our Future, agrees that smart objects will become more prevalent in the years to come, yet he doesn’t think screen-based technology is going anywhere anytime soon. Rather, he believes advances in virtual reality (VR) will only deepen our relationships with illuminated rectangles, especially as new opportunities to connect converge with the increasing affordability of such technology. And whereas wearing a VR helmet might look funny and feel unnatural today, Kelly believes that the technology will gain a stronger foothold in society as advances in the industry allow the hardware to respond more accurately to human voice and movement. However, despite the immense influence Kelly anticipates VR to have, he believes the real game-changer will be artificial intelligence, which he claims will transform society in much the same way as electricity did in the early 1900s. 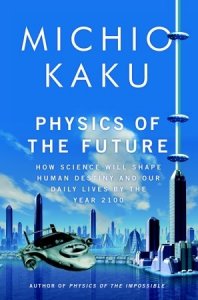 While VR is undoubtedly rising in popularity among today’s technophiles, quantum physicist Michio Kaku believes augmented reality will be more of an influential factor in the decades to come. In his book Physics of the Future, Kaku compares the former, which offers immersion in a completely alternate reality, with the latter, which inserts computer-generated images into your existing field of vision. He explains how autonomous computers embedded in contact lenses could beam images and interfaces directly onto our retinas, transforming the way we interact with the world. (This may sound like science fiction, but the technology is actually a lot closer than you might think.) Taking an even longer view, Kaku argues that in the distant future, modifications to our brains and bodies will be the only way for human biology to keep pace with technology. In his estimation, we’ll eventually replace our brains with something better, and instead of it being something separate from us, the internet will become an inherent element of our conscious experience allowing us to access unlimited information with our thoughts and obviating the need for external devices such as smartphones.

There’s no telling what tomorrow’s tech will look like, but today, you count on Blinkist to deliver you with key insights from best-selling nonfiction books no matter how you choose stay connected.