Becoming a Podcaster: A Deep-dive into the Former First Lady’s Memoir

The Michelle Obama Podcast drops today, so we’re taking this opportunity to take a look back at her memoir, Becoming, which tells the story of how she got here.

With fewer than 100 days until the U.S. presidential election, many Americans are less than enthusiastic about the names likely to appear on this year’s ballot. And while countless Democrats had hoped Michelle Obama would make a run for the White House, the former first lady has repeatedly expressed her complete lack of interest in entering politics. Yet that’s not to say the world’s most admired woman hasn’t been keeping busy, as today marks the debut of The Michelle Obama Podcast.

A joint effort by Spotify and Higher Ground — Barack and Michelle Obama’s own production company — The Michelle Obama Podcast will feature one-on-one discussions between the former first lady and many of today’s most notable movers and shakers. Journalist Michele Norris, television host Conan O’Brien, and businesswoman Valerie Jarrett are among the list of luminaries slated to appear on the show in the coming weeks. And today’s premiere episode features a conversation with none other than Barack Obama himself.

The Michelle Obama Podcast arrives two years after the publication of Becoming, Mrs. Obama’s critically acclaimed memoir that spans from her childhood in the South Side of Chicago through to her time in the White House. On the day it was released, the book sold roughly 725,000 copies, and it went on to become the best-selling title of the year. It also spawned a Netflix documentary of the same name, which premiered this past May. The film chronicles Mrs. Obama’s journey as she toured 34 cities while promoting her book, and it offers an intimate portrait of the woman, which the public didn’t fully see while her husband was in office.

Becoming is a popular title on Blinkist, and it details many of the experiences and influences that shaped one of the most remarkable women in modern history. The book is also certain to provide plenty of context for those who listen to The Michelle Obama Podcast.

If you’ve yet to read Becoming, Blinkist makes it easy to get up to speed with Mrs. Obama’s life in less than 20 minutes. And if you’re curious about the forces that shaped the former first lady, or if you’d simply like to know more about how she dealt with life in the White House, here are a few takeaways from this eye-opening book.

Michelle’s mother played a pivotal role in her education and put her on the path to becoming an exceptional student.

When a young Michelle Robinson was in the second grade, she was surrounded by unruly children and a teacher who seemed unable to exert any control over the students. Michelle found this very frustrating and expressed her feelings to her mother. Her mom managed to get Michelle’s academic ability tested, and based on Michelle’s outstanding performance, school administrators agreed to move the young girl into a third-grade classroom with more astute students. This laid the groundwork for a tremendous academic career, including enrollment at Princeton University and Harvard Law School.

When Michelle first met her future husband, she didn’t think they had a future together.

Michelle first met Barack Obama after she graduated from school and while she was working at a prestigious law firm in Chicago. One of her duties was to advise up-and-coming lawyers who might be a good fit for the firm. Due to the fact that Barack had taken a couple years off of school after earning his undergraduate degree, he was older than most of the lawyers Michelle met with. She found him charismatic and admired the way he carried himself, but she was also turned off by the fact that he habitually smoked cigarettes. Despite that, she agreed to go on a date with him because they had a lot in common. And after they shared a kiss, she was able to overlook his smoking and let the relationship flourish.

Michelle tried to give her daughters as normal a childhood as possible while they were growing up in the White House.

When the Obamas moved into the White House in January of 2009, Michelle struggled with the myriad security measures that not only affected her day-to-day life but that also affected the lives of her daughters, Sasha and Malia. Despite the fact that secret service agents had to protect the family at all times, Michelle was determined to provide her daughters with as normal a childhood as she could. She encouraged the girls to make themselves at home in the 132-room palace, and she allowed them to play freely in the hallways and raid the pantry for snacks. And Michelle was relieved one winter day when she witnessed her daughters using a serving tray as a makeshift sled on the White House’s snow-covered South Lawn.

In addition to being a lawyer, mother, and best-selling author, Mrs. Obama (like her husband) is also a voracious reader. In an interview with the New York Times from 2018, she revealed several of her favorite books, including two titles beloved by Blinkist readers.

Educated: A Memoir by Tara Westover 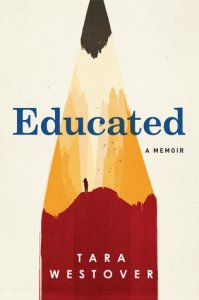 This inspiring memoir tells the tale of a young girl from Idaho who grew up in an isolated survivalist family with parents who were skeptical of hospitals, schools, and the government. Despite lacking a formal education, Westover was able to earn a Ph.D. from a prestigious university but only by cutting ties with her family. 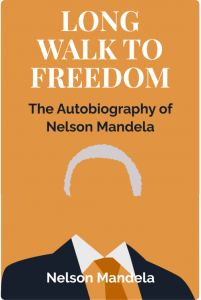 Penned by one of the most iconic revolutionaries of the 20th century, Long Walk to Freedom recounts the life of the late Nelson Mandela. This enlightening autobiography details how Mandela fought tirelessly to end apartheid and survived 20 years in prison, only to later serve as the first Black president in South Africa’s history.

Listen to the premiere episode of The Michelle Obama Podcast on Spotify now, or open the Blinkist app to explore the key takeaways from Becoming or the former first lady’s favorite books.