What Banksy Teaches Us About Ambiguity in Creativity

Clarity is often called for in our day-to-day lives, but ambiguity in art serves as a source of aesthetic strength.

Recently, the drawing Girl with Balloon by the artist Banksy went up for auction at Sotheby’s. Unknown to the buyer, and certainly the auction house, Banksy had rigged up a shredder in the bottom of the frame. Once the picture sold for 1.4 million dollars, the machine went to work, but stopped about halfway.

Afterwards, the buyer decided to keep the defaced drawing. Banksy also retitled the artwork Love is in the Bin. In all likelihood, the piece (or pieces, I guess) is now worth more due to Banksy’s intervention. 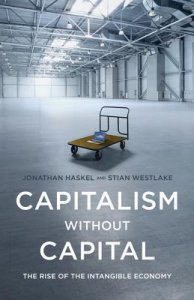 Jonathan Haskel’s and Stian Westlake’s Capitalism Without Capital helps us to understand some of the reasoning behind this higher valuation of the piece, mainly the intangible aspects of Banksy’s image as an artist and the intangible ideas of the work itself. And I would argue this work by Banksy acts as a kind of commentary on this rise of intangibility.

But, this shift towards the intangible also accentuates the role of one of art’s most powerful and disturbing forces: Ambiguity.

After all, Banksy’s action now raises a multitude of questions. How are we now supposed to refer to this work of art? Girl with Balloon? Love is in the Bin? Girl with Balloon/Love is in the Bin? Plus, what actually is the art to which this title refers? The drawing? The act of shredding? The resultant half-shredded piece? Could these titles be applied separately? One for the drawing and one for the performative destruction?

All the uncertainty actually increases Love is in the Bin’s value, both in terms of its significance and its monetary value.

More often than not, though, we seek order and classifiability in our day-to-day lives. X is this. Y is that. Person A said B and meant B. When ambiguity begins to enter the equation, things can take a delightfully unexpected turn or be thrown into chaos, depending on how much ambiguity we’re talking about.

However, in the realm of creativity and the arts, ambiguity has been de rigueur for pretty much as long as there’s been art. Classes and books on creativity will usually suggest one thing to do is combine two seemingly incongruous ideas together. What’s the typical result? Something ambiguous, since the finished work borrows from both and fits neatly in neither.

Take, for instance, Latin jazz fusion. How should an algorithm know which playlist to put it in? Is there a certain percentage of Latin-ness or Jazz-ness that determines this?

What has developed, especially in the past couple hundred years of Western art history, is a progressively more explicit ambiguity. In painting, it started with figurative representation. The hard-edged realism reached by the end of the 18th century began to soften over the course of the 19th, with movements like Impressionism, Pointillism, and Post-Impressionism paving the way for even further ambiguity in the 20th with the likes of Futurism and Surrealism.

It reached a point where some artists stopped trying to represent anything in particular at all. Allegorical painting, with its use of realistically depicted people and objects representing abstract notions, fell out of favor for methods like Abstract Expressionism that often use ambiguous forms and colors to express ambiguous ideas.

Western music’s trajectory followed a similar course. Composers became more playful with tonality and rhythm and style, so that the chords and tempos indicated on the score did not always easily meet the expectations set up by the score. Even supposedly atonal pieces of music can lapse into tonality here and there in the course of the piece.

Part of the reason for the evolution of ambiguity is the desire for both familiarity and freshness in art. We enjoy Monet because he takes subject matter we know and applies what was then a unique spin on it. We keep returning to Mahler’s Fifth in part for the moments we have no idea what key signature we’re in.

And usually these ambiguous moments are the most memorable in the paintings we see, the films we watch, or the music we listen to.