From Ford to Tesla: How the Auto Industry Is Being Revolutionized

From production methods to corporate models, these blinks will show how far the impact of the auto industry has spread beyond 20th Century factories.

Now, over a hundred years later, growing environmental awareness and the volatility in gas prices during the last decade have shifted the market. Consumers demand more bang for their buck at the pump. The automotive industry has tried to meet these new needs, creating vehicles that run on gas and electricity. Or they have opted for battery-power entirely, with Tesla leading the way.

So what’s the secret to gaining or staying at the top of the fast-paced automotive industry? We take a look at what lies further up the road for car companies and how they can stay ahead of the curve.

1. The Machine That Changed The World 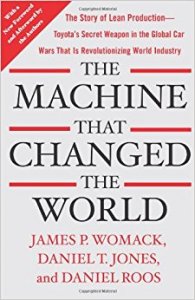 The Machine That Changed the World

The Machine That Changed the World

For most of the 20th century, American companies dominated car manufacturing. The surging US economy, combined with the assembly lines’ efficiency, brought automobiles within reach of many more consumers. Cars became a dominant feature of American culture, fueling the growth of corporations such as Ford, General Motors, and Chrysler.

By the 1980s, Japanese auto manufacturers, notably Toyota, began to champion a leaner production model. Emulating and building upon the innovations of Henry Ford, these companies cut material wastage, further streamlined the building process, and tightened deadlines. These efforts led to a rapidly growing market share. As a result, by 2010, Toyota overtook General Motors as the world’s largest automobile manufacturer.

Taking inspiration from these kinds of streamlining, industries from retail to healthcare have incorporated similar processes into their business models. The impacts of this adoption became clear after the global recession in 2008. US companies lost additional ground as their competitors further innovated the methods pioneered by Henry Ford to cater to customers’ wants and needs.

Womack, Jones, and Roos provide an in-depth explanation of lean production in their book, which now features a new foreword and afterword. They examine the thinking behind this production model and how it works in the world today, continuing to revolutionize a broad spectrum of sectors and services across the globe. 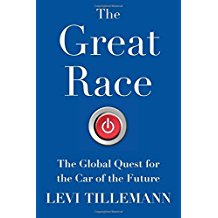 The global auto industry grapples with a dilemma. Car sales have struggled to escape a slump brought on by the global recession and a growing environmental awareness, especially among younger consumers. Lean production models drive down prices, but do little to generate interest in car ownership these days.

Supplying the market with “green” cars to meet demand is a simple answer that does little justice to a complex reality. Gasoline remains a better energy source compared to the best batteries and previous failures of electric batteries in the past have made some consumers skeptical of the technology. Giving up on gas looks to offer a negligible return-on-investment for the foreseeable future.

Or does it? Gasoline’s viability as a long-term fuel source continues to be brought into question. When do you decide to take that leap of faith? If you’re Tesla, the answer seems to be “as soon as possible.” As a reward for their risk, they overtook Ford’s market share earlier this year, leading the way towards what looks to be a new era for the automotive industry.

Whichever direction auto design takes, what we envision the car will look like in the future would be unrecognizable to the designers working 100 years ago. Driverless and eco-friendly vehicles now seem closer to reality than fantasies conjured in science fiction.

The brilliant Levi Tillemann explains how various forces have come into play to shape how we will travel in the future. From automakers’ vision, regulations at the national and international levels, and market forces to new technologies.

The automotive industry demonstrates the effects an innovative and visionary personality can have. Henry Ford’s drive to create an affordable car led to his implementation of the assembly line. Taiichi Ohno saw where lean production methods could take Toyota and used these practices to become one of the world’s leading auto manufacturers. What separates these men from those who took similar risks but did not achieve the same results?

Consider the example of Tesla. With the American auto industry’s “Big Three” of Ford, General Motors, and Chrysler losing ground to competition from Japan and China, it would seem that the US has lost its standing in the automotive world. However, Tesla continues to perform beyond expectation. The company’s stock continues to grow along with its customer base.

The secret to this success seems to be in Elon Musk’s prescience. Musk envisioned a reliable electric engine when he founded the company in 2003 and he risked immediate market share to develop his idea. Through his efforts, he built a company that was able to ramp up faster when the economy began to recover, while legacy companies struggled to survive or were acquired in mergers.

These successes of young and innovative thinkers can be found across multiple industries.

By reading about how the automobile industry brought forth novel means of problem-solving to unexpected corners of the economy, we can, perhaps, learn how the capacity exists within us to further develop and change the world. 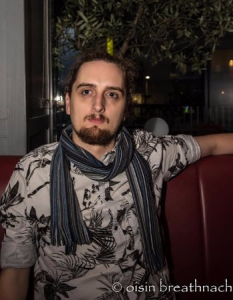 ABOUT THE WRITER
Ronan Breathnach

Ronan is an Irish based freelance writer and radio producer who has too many interests for his own good. He’s usually found pontificating in Dublin cafes.