Researchers have discovered that good-looking people are more likely to list to the right politically. We have a little look at why this might be the case.

Before you think we’ve gone nuts, a recent study published in the Journal of Public Economics, suggests exactly this. By comparing a large number of surveys, and controlling for socioeconomic status, the study found that attractive people are more likely to identify themselves as conservative or Republican.

The researchers behind the study, Carl L. Palmer and Rolfe Daus, attribute the correlation to what’s known as the halo effect, a form of cognitive bias, through which an impression created in one area will influence one’s opinion favorably in another. 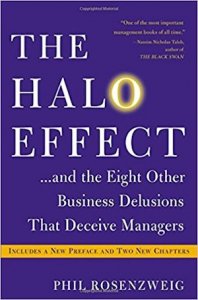 In The Halo Effect, Phil Rosenzweig, a professor at the International Institute for Management Development in Lausanne, describes how the halo effect works and how it impacts businesses. In job interviews, for instance, attractive candidates are generally considered more competent than candidates judged to be less attractive, even if they give the same responses. Their attractiveness creates a “halo” effect, which positively influences the overall view of the candidate.

Similarly, the success in one area of a company can lead analysts to conclude that the whole business is doing better than it really is. So, the halo effect is real and can have a dramatic impact on our lives.

Now let’s get back to the political views of attractive people. Previous studies have shown that people who are generally judged to be attractive are treated better, earn more money, and achieve higher social status, on average, than their less attractive peers. According to the researchers behind the study, this can lead to a view of the world as a fairer place than it really is and to a “blind spot” when it comes to the hardships of others. This, in turn, makes attractive people more likely to warm to political ideas based on individualism and reject notions of welfare and social assistance, traditionally the focus of left-wing politics.

This, of course, doesn’t mean that all attractive people are right-wing, but it shows how factors we are not generally aware of can shape our actions and our view of the world in fundamental ways.

Read more about the halo effect and how other cognitive biases wreak havoc on our thinking, in The Halo Effect.