We’ve heard it a million times before: “90% of communication is nonverbal.”
But what does that really mean? And how can you use that information? We asked the experts. 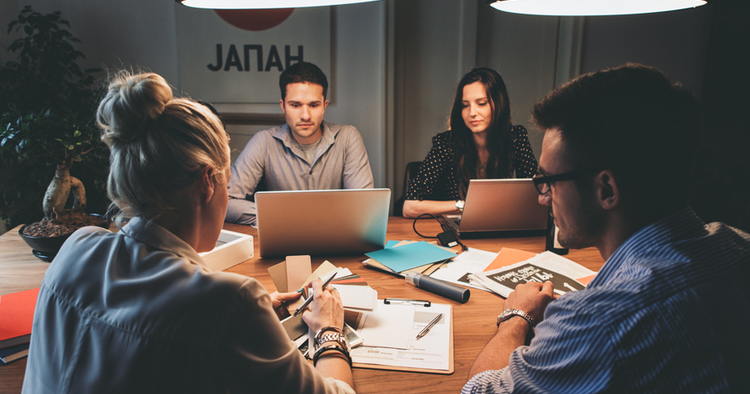 When we talk about language, we almost always are referring to words and sentences, nouns, verbs, dependent clauses, and all the various things that we can write down.

However, human communication is much broader than that—it includes variations in tone, emphasis, and entirely nonverbal signals like facial expressions, eye contact (or lack thereof), and hand gestures. Even the direction you’re facing communicates something to your conversation partner, regardless of whether or not they’re totally aware of it.

Clearly, there is a benefit to being able to reliably read (and project) nonverbal signals. So what’s a person to do? We consulted industry experts on nonverbal communication for their best tips. Read on.

1. Understanding the Foundations of Nonverbal Communication

Human communication is like a puzzle, and the words we speak are just a single piece of it. If you ask Joe Navarro, each movement (or non-movement) a person makes in a conversation communicates something.

Body language is the key to understanding people’s real thoughts and feelings. Things like facial expressions, gestures, touching, body movements, and voice tone and volume make up our nonverbal communication.

According to Joe Navarro, nonverbal communication is so important that two complete strangers who don’t share a language can still become friends. He himself experienced this: when he first migrated from Cuba to the US at the age of eight, he could only understand his classmates by reading their body language. He eventually learned English, but he made friends before that.

Nonverbal cues can be more reliable than the spoken word. People aren’t always aware of the nonverbal signals they send, so if they’re lying, the truth might be hidden in their nonverbal cues.

Emotional intelligence is key to navigating the social world

Some people are uncommonly good at reading body language, able to judge at a glance what someone is thinking – and respond accordingly. They can calm a coworker who’s angry, or reassure a friend who’s anxious. 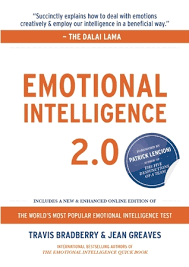 by Travis Bradberry and Jean Greaves

Why are certain people so good at this? If you ask Travis Bradberry and Jean Greaves, the answer has to do with emotional intelligence, or EQ. They wrote a book about it called Emotional Intelligence 2.0.

EQ is made up of four different elements:

By focusing on developing these four aspects of EQ, you will become a more sensitive, empathetic, and enjoyable person to work with. Developing your EQ will lead to direct benefits in your career: according to the authors of Emotional Intelligence 2.0, “the link between EQ and earnings is so direct that every point increase in EQ adds $1,300 to an annual salary.”

2. Winning People Over With Nonverbal Cues 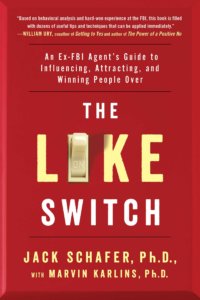 by Jack Schafer and Marvin Karlins

In The Like Switch, Jack Schafer and Marvin Karlins break down the universal nonverbal signals used by humans and tell you how to use them to your advantage.

If you ask them, humans have a lot in common with an unlikely animal: the humble firefly. Like fireflies, humans use a special signal to attract positive attention. It’s obvious what fireflies use, but if you know what to look for, it’s not so hard to see in humans either—they call it the “eyebrow flash.”

This nonverbal cue is a rapid up-and-down movement of the eyebrows, lasting for around one-sixth of a second. Even from quite far away, an eyebrow flash sends a signal that you don’t pose a threat to the person you’re approaching.

A second primary nonverbal cue is the head tilt. This is a nonthreatening gesture, since tilting your head to the left or the right exposes one of your carotid arteries, which provides oxygenated blood to the brain.

We unconsciously expose these arteries only to people who are harmless. Conversely, we tuck our neck into our shoulders to protect ourselves when we feel threatened.

A third powerful nonverbal signal is a genuine smile. We judge those with smiling faces to be more likable, attractive and less dominant, as well as friendly.

As an added bonus, a smile releases endorphins, giving us a sense of well-being. It’s also difficult not to smile back at a person who is smiling at you; a reciprocated smile makes your target feel good.

It can be hard to know what someone thinks of you. But, contrary to what people say out loud, body language might broadcast someone’s real feelings loud and clear. If you ask Jack Schafer and Marvin Karlins, authors of The Like Switch, all you have to do is learn how to listen.

Body language, like any form of language, is a means of communication, which means others read your body language too. Although some involuntary physical responses can only be controlled with rigorous training, in some situations we can consciously emphasize certain movements to our advantage.

For Jack Schafer and Marvin Karlins, it’s all about rapport. Rapport is the name for the psychological bridge between people. It’s a name for the set of phenomenon that we see as characteristic of two good friends, the unspoken bond and understanding.

But all people are different. Some people are shy, and can’t express themselves well. It can be hard to read these people, hard to find out how they feel about you. But most people are still broadcasting volumes about their feelings and emotional state: with their body language.

So how do you gauge rapport? The Like Switch outlines these 3 ways.

1. Eye contact is a tried and true way to test for rapport. If a person refuses to lock eyes with you, the relationship might need some more maintenance before advancing to the stage of prolonged eye contact.
2. Note instances of physical touch. While we typically only briefly touch each other below the shoulders or shake hands when we don’t know someone, touching that occurs outside this area signifies a closer relationship. A light touch on the forearm or knee when you are both seated will show whether rapport has been established or not.
3. Use mirroring, also called isopraxism, to test for rapport. People who are psychologically connected will often mirror each other’s body language in conversation. Try the “lead and follow” approach by changing your body position, like crossing or uncrossing your arms. If the other person mirrors you, it’s a good sign that rapport has been established.

By knowing what to look for, you can better judge a person’s opinion of you, or even other people. It also goes the other way: utilizing these tests in reverse, by maintaining eye contact, touching, or mirroring your conversation partner, can also serve to subconsciously indicate your affection or respect for them.

These behaviors and the insight they provide can be invaluable when judging potential employees or business partners, but can also be useful in your personal life.

Read in 10 minutes: The Like Switch – Jack Schafer and Marvin Karlins

You’ve heard it from the experts: if you’re relying only on spoken and written language to communicate, you’re missing out. In fact, there’s a broad spectrum of communication tools available to humans, a spectrum that goes far beyond simple spoken language.

So the next time you’re struggling to relate to someone (or to get them to relate to you), remember what our panel of experts said, and take a moment to observe their body language. It does a body good.