So: you have a great new idea and you’re on the verge of launching your own business?
Off you go! Be warned, though: few startups last more than a few years. What gives? Peter Thiel gives us his take on what’s big when you’re small. 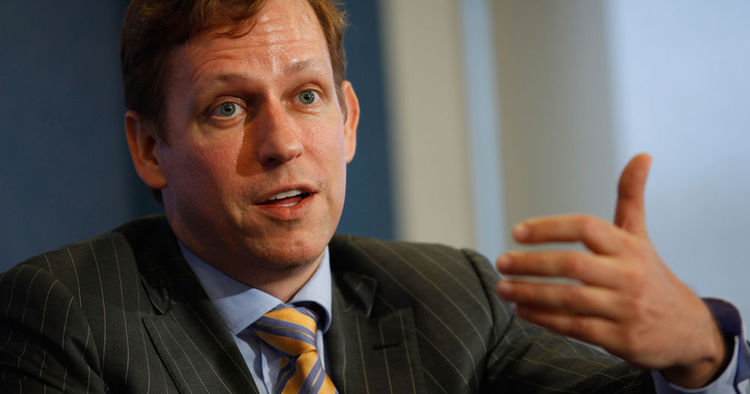 This might be a brave new world of enterprise, but traditional business smarts still matter. This is why it is worth listening to advice from successful founders and entrepreneurs. Certainly, one of the most successful entrepreneurs of our time is Peter Thiel, a co-founder of PayPal and now a prominent venture capitalist. He was the first outsider to invest in Facebook, and he manages Founders Fund’s $2 billion assets.

We read Peter Thiel’s bestselling book, Zero to One, and pulled out its most important tips for new startup founders.

1. Dare to think about the future differently 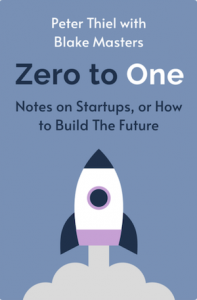 by Peter Thiel with Blake Masters

When we talk about the future, we don’t talk about the passage of time, but rather the progress made during that time. This progress, i.e., the differences from the present, is what really defines the future.

But often progress is not incremental: instead, it comes from the creation of something entirely new that has not existed before, like a new technology or method for doing something.

Predicting progress is hard because you have to imagine something that doesn’t exist yet. That’s why you can only predict future progress if you’re able to see the present differently. If you want to imagine what the future holds, you must be able to view the present critically.

Peter Thiel believes that this is such a crucial ability that, in job interviews, he asks candidates to cite a popular belief they disagree with. Why? Because only a person who can think outside established conventions can see and change the future.

You can only see the future by thinking outside of established conventions. Most people only expand on existing ideas and innovations, but this is only enough for incremental improvement. Real progress is made only when existing ideas are thrown out and new paradigms are embraced.

2. At first, you can’t be the best at everything. Start your business small by becoming the best at one thing.

At first, you don’t need to be the very best in every business, just your business. Start out by defining your market as narrowly and specifically as possible. That’ll make it easier for you to become the dominant player in it.

You can’t expect to be top dog in your business right from the start: you need to be prepared to stick around for the long run. After you’ve obtained a strong position in a specific niche, you can move on to the next, broader market.

This is tried and true: from the beginning, Amazon founder Jeff Bezos had the ultimate goal of becoming the world’s greatest online retailer. However, he started much more narrowly, selling nothing but books. Only after Amazon conquered the book market did it expand to other categories like CDs and videos, and from there to other products. So, contrary to what many think, Amazon’s success hardly happened overnight. Rather it came by dominating one niche at a time.

Don’t go too broad too quickly. Find a small niche where you can do something better than any of your competitors. Once you’ve established your company there, you can expand to other markets later.

3. Chase the secrets that others cannot copy

The world is full of little secrets. Your grandmother may keep her secret how to bake the best apple cake there is, and the bakery nearby may have its secret formula how to make the perfect bread. In fact, every business needs its secrets—a unique stash of information, technologies, or professional experience that create a competitive advantage. So what are your company’s secrets to success?

For example, for tech companies, the best secret is to have better technology than their competitors, because it can make their position as market leaders unassailable. To be truly revolutionary. you need to find and chase these kinds of secrets. Otherwise, you’ll be just another provider of conventional products in an already competitive market.

The case of Hewlett-Packard demonstrates the importance of having better technology. In the 1990s, the company had the best technology and used it to bring out one innovative product after the other, such as an affordable color printer and an all-in-one printer, copier and fax machine—a truly wild idea at the time.

But when the company stopped chasing secrets and inventing new products in the 2000s, it ultimately lost half its market value.

4. Give employees a stake in the company by only hiring full-time positions

Typically, startups are so small that every single person on the team plays an important role. So the first key component in the founding process is finding the right people—people who have a stake in the company’s future.

To strengthen personal ties, try to avoid part-time employees and remote work. According to Peter Thiel, “everyone you involve with your company should be involved full-time… anyone who doesn’t own stock options or draw a regular salary from your company is fundamentally misaligned. At the margin, they’ll be biased to claim value in the near term, not help you create more in the future. That’s why hiring consultants doesn’t work. Part-time employees don’t work.”

Even working remotely should be avoided, because misalignment can creep in whenever colleagues aren’t together full-time, in the same place, every day. If you’re deciding whether to bring someone on board, the decision is binary. Ken Kesey was right: you’re either on the bus or off the bus.

They don’t call them startups for nothing

The founding process and the first year of a company is often the most crucial period in a company’s life. It’s make or break here. Much like when you’re building a building, ensuring that you have a solid foundation on which to construct your edifice gives you the best chance of success.

Hungry for more startup tips? Blinkist has dozens of titles about Startups, Small Business, and Entrepreneurship available right now. Check them out!