Zuckerberg’s Year of Books in 5 Minutes: Your Crash Course to the Energy Debate

Mark Zuckerberg’s 14th pick for his Year of Books is Vaclav Smil’s Energy—a beginner’s guide to what fuels us.
This is everything you need to know about energy as a concept, where it comes from, what it does, and how we’ll need to change the way we use it to safeguard our planet’s future. 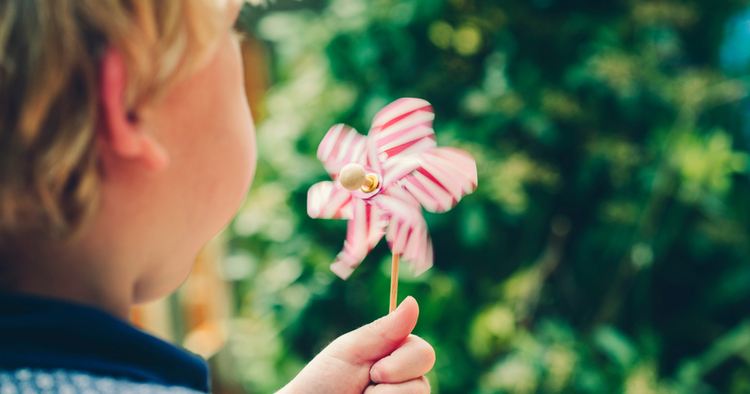 A quick note from us: Our purpose at Blinkist Magazine is to put knowledge from great business books on your radar every day, and we think that part of our job entails keeping you up-to-date with what great minds are reading. Thus, welcome to our latest installment of Mark Zuckerberg’s Year of Books. The selections won’t be all work (after all, that’s up to Mark), but they do promise to be inspiring. We hope you’ll like learning what Zuckerberg is reading and that it will help start some great conversations—and expand your social network, too.

We complain we’re low on it. We sip bubblegum-flavored drinks meant to confer it. We try to get more of it from sleeping, from running, from island getaways and endless espressos. Plants get it from the sun and two-year-olds get their abundance of it from god knows where. We talk about it in terms of policy and apocalypse and anxiously muse over its future—and ours if we drain it all. What is this mystery matter that is everything to everybody? It’s energy, and it’s just as complex as this paragraph of riddles made it seem. 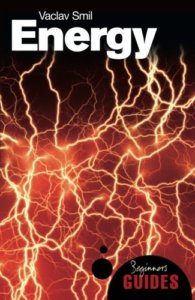 Energy, the fourteenth installment in Mark Zuckerberg’s A Year of Books, is a comprehensive guide to understanding energy in all of its iterations. Analyst, professor, and award winning researcher Vaclav Smil propels the beginner through energy: how humans have used it to build civilizations, improve energy conversion, what it’s got to do with greenhouse gases, and how we need to evolve to meet the ever-increasing demand for efficient energy whilst dealing with dwindling resources.

Vaclav Smil unravels a term oft assumed simple, offering readers the opportunity to understand energy’s vast and nuanced place in both past and present society. Beginning with an explanation of the concept, he moves on to the inner workings of the human body and expansively forth to the race for more efficient and environmentally friendly fuels. This is, in short, the complete tale of one of the most important concepts in our universe.

Vaclav Smile is a Czech-Canadian scientist and policy analyst who is Professor Emeritus in the Faculty of Environment at the University of Manitoba. He researches energy, environment, food, population, the economy, history and public policy, and he has also applied these approaches to energy, food and environmental affairs of China.

Smil is a fellow of the Royal Society of Canada and has been invited to speak at more than 300 conferences and workshops all over North America, Europe, and East Asia. He’s also consulted for the US, the EU, and international institutions. He was named to Foreign Policy magazine’s list of top 100 Global Thinkers in 2010, and has won numerous awards for his scholarship.

3 Things You Should Know from Energy

1. Energy is an abstract term and encompasses many different types of energy 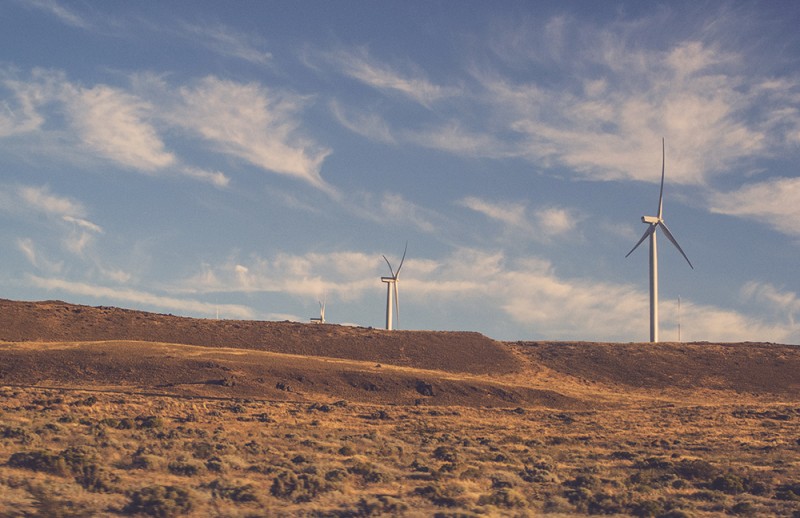 Energeia, n. motion, action or work. Or at least that’s what Aristotle established as the meaning of “energy” back in the days of togas and laurel wreaths. Since Aristotle, we’ve had pioneers aplenty—Joules, Watt, and Einstein to name only a few—theorizing about what energy is, what it does, and how to measure it.

Today, energy is usually described as the capacity to do work, meaning a process that produces change in an affected system. It can be as simple as sitting in a room and musing, because even in period of quiet thought, your body is working, heart pumping thanks to energy). It can also be as complex as a fire, in which chemical energy from wood is transformed into thermal energy. Yet another example is rubbing your hands together to warm them. Here, you’re changing kinetic energy into thermal energy—and maybe keeping your ice-skating trip from being unbearable, too.

2. Solar radiation’s made us—and it can break us, too. 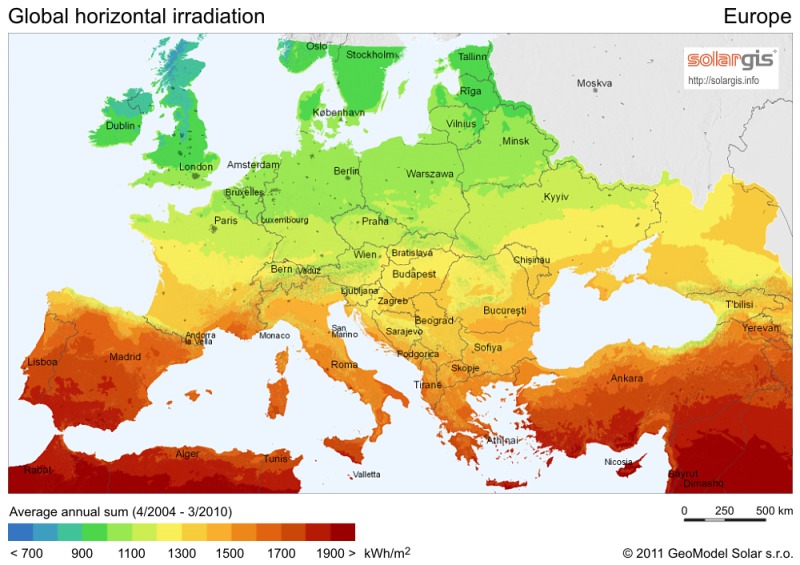 Though an earth 2.0 was recently discovered, remember this: our planet is a beautiful rarity of whose work even Goldilocks would approve. Earth balances temperatures, a protective atmosphere, and, overall, solar radiation that’s just right for sustaining human life.

When solar radiation reaches us on our rock, much of it is absorbed by the atmosphere’s greenhouse effect. This has been the main factor in keeping a relatively stable climate on earth for the last millions of years.

However, due to increased emissions, all this energy now poses a grand threat. More and more sun radiation now stays inside the atmosphere, slowly increasing the earth’s temperature. This leads to the earth warming up and, most likely, consequences of nightmarish proportion: dry spells, desertification, or flooding of land that is only slightly above sea level—all of which may wipe out entire ecosystems and intense climate change.

3. The types of energy we are most dependent on are not sustainable. 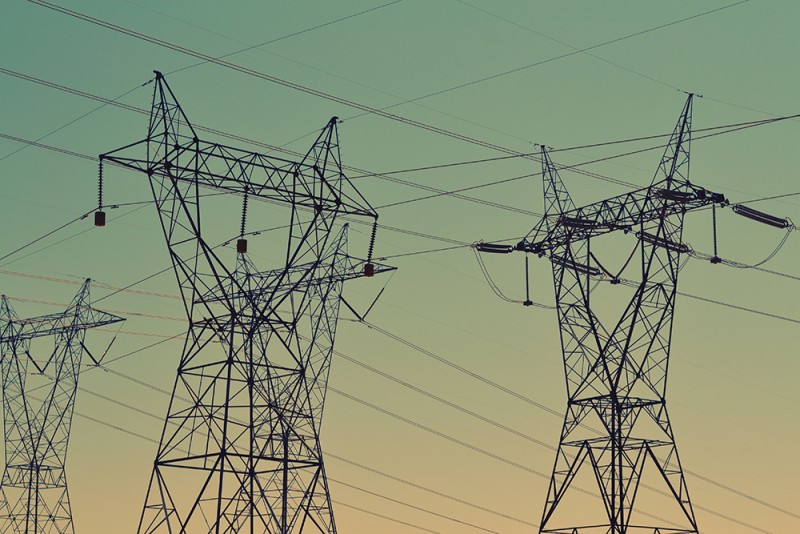 The modern world uses two main types of energy. First, there’s the fossilized stores of solar energy—meaning crude oils or natural gas—that were formed millions of years ago.  The second source of energy is electricity, which we gain by burning fossil fuels or by harnessing the solar radiation provided through wind, water, or even nuclear power. These types of energy have made traveling a global possibility and created new forms of communication, allowed us to urbanize and hike up our life expectancies.

This energy has helped us develop as a civilization to the point at which we find ourselves, but it’s far from sustainable. Our beloved fossil fuels are a finite commodity that we’re rapidly depleting, and nuclear power is too big and potentially dangerous a gamble to be deemed sustainable as yet. The conversation about alternative energy sources must continue.

One smart fact from Energy:

Like it or not, we’ll remain dependent on fossil fuels for a while longer

Renewable energy resources sound great. The problem with new founts like wind, water, or sunlight, Smil says, is that for the next few decades, they won’t be able to sustain the growing needs of the energy market.

It’s important we continue to work on finding new solutions, but we’ll also need to stick with fossil fuels for a bit longer. Nuclear energy will be another frontrunner in the coming years. Even though it’s controversial, so far it’s the cleanest way we’ve found of acquiring energy.

One surprising fact from Energy:

Mobility accounts for nearly half of the world’s energy consumption.

Want to go to Paris for the weekend? Great! Plunk down some bucks, hop on a plane, and in about 24 hours, you’re there! We can now travel to any place in the world that has an airport in less than a day, and while this fact expands the horizons of the explorable globe, we siphon horrifying amounts of energy into moving around the globe. Some nations, like Canada and the US, have so many travelers, that they use over 40% of the aviation fuel in the world. With more people flying than ever before and more goods being transported from China to the US, the imperative to make mobility cheaper, more efficient, and less of an energy rain is strong.


If you remember only one thing, make it this:

Energy, an often misunderstood concept,  plays an integral part in everything from why there is life on our planet to why our societies look the way they do. The ever-rising demand for energy is one of today’s most pressing challenges. The ways forward are increased education, continued experimentation and alternative energy forms like hydroenergy.