The Four Agreements: What is The Second Agreement?

don Miguel Ruiz’s The Four Agreements, has been a bestseller since its publication in 1997, but what actually are the agreements in question? Here, we explore the second agreement.

After its release in 1997, don Miguel Ruiz’s self-improvement guide, The Four Agreements, quickly became a hit. In this article, let’s focus specifically on the second agreement and learn some ways that you can incorporate it into your life.

What are The Four Agreements?

If you’ve landed here as your first introduction to don Miguel Ruiz’s book and want to know a little more before continuing, check out our overview of The Four Agreements to get yourself better acquainted. In short, they are a set of four principles by which Ruiz recommends you live your life, based on his studies of the shamanic teachings of his ancestors.

The book focuses on breaking the rules we have been taught by society and setting our own life agreements with ourselves. We know Blinkist fans are keen learners, open to and eager for lifelong learning and self-improvement, which is why some of you might be eager to explore The Four Agreements in greater detail.

Having already done a deep-dive into the first agreement, let’s look at the second agreement, what it means and how you can apply it to your everyday life.

What is the Second Agreement?

The second agreement leads on from the first, “Be impeccable with your word” and teaches how to respond when faced with someone who is not following the first agreement. It helps guide you on how to react when a person uses their words or actions against you.

Taking things personally is a direct result of what Ruiz calls our domestication. The domestication process is our education on societal norms, when we are told what is acceptable and what isn’t, what we should do and what we shouldn’t. During that process we are taught to take everything personally. We think that we are the cause and reason for everything. That is simply not true, argues Ruiz.

“Personal importance, or taking things personally, is the maximum expression of selfishness because we make the assumption that everything is about ‘me’.”
— don Miguel Ruiz

Ruiz makes the argument that in reality, nothing people say or do is about you. Their words and actions are in fact a reflection of themselves.

“What they say, what they do, and the opinions they give are according to the agreements they have in their own minds. Their point of view comes from all the programming they received during domestication.”
— don Miguel Ruiz

Different cultures and societies and individuals have a range of opinions and beliefs, and so people can have extremely varying world views. For example, what is considered typically beautiful in one place could be entirely different in another part of the world. Just because one person was domesticated into seeing beauty one way, it doesn’t mean there is just one truth about what beauty is.

“Whenever we hear an opinion and believe it, we make an agreement, and it becomes part of our belief system.”
— don Miguel Ruiz

When we believe these words or actions against us they bind us to negativity. By taking the things people say about us personally, we take them upon ourselves and let other people’s opinions define our own perception of ourselves.

“We have learned to live by other people’s points of view because of the fear of not being accepted and of not being good enough for someone else.”
— don Miguel Ruiz

We do not have to do that, Ruiz explains. It is within our power to choose whether or not we believe these words or actions against us. We can decide not to take them personally.

So how do you do it? How do you get to the position where you can choose not to take things personally? Know who you are, says Ruiz. If you know yourself well enough you do not need to believe what other people say about you, and that relates both to the bad and good.

“Whatever people do, feel, think, or say, don’t take it personally. If they tell you how wonderful you are, they are not saying that because of you. You know you are wonderful. It is not necessary to believe other people who tell you that you are wonderful.”
— don Miguel Ruiz

Ruiz teaches that by not taking things personally you can not only shrug off the negative things people say, but you are not dependent on the positive things they say either. If you know your own value then you don’t need to seek out their approval, you are not desperate for their acceptance.

In our everyday lives we are often so completely caught up in what others think of us that we do not live true to ourselves.

“The freedom we are looking for is the freedom to be ourselves, to express ourselves. But if we look at our lives we will see that most of the time we do things just to please others, just to be accepted by others, rather than living our lives to please ourselves.”
— don Miguel Ruiz

Once we let go of that, once we learn to take nothing personally, we are free to be whoever we want.

“Imagine living your life without the fear of being judged by others. You no longer rule your behavior according to what others may think about you…You have no need to control anyone, and no one controls you, either.”
— don Miguel Ruiz

In his explanation of the second agreement, Ruiz also goes further to suggest that the responsibility for other people’s words and actions lies solely with them. He states that you shouldn’t hold any of the burden for the way in which others behave towards you.

“You may even tell me, “Miguel, what you are saying is hurting me. But it is not what I am saying that is hurting you; it is that you have wounds that I touch by what I have said. You are hurting yourself.”
— don Miguel Ruiz

Those wounds, he says, are a result of the person’s own agreements, their own fears.

We hear you. That seems a bit much, like a get-out-of-jail-free card. So we can do and say whatever we want and not feel bad, nothing is our fault? No, of course not.

It’s safe to assume that Ruiz says this with the first agreement in mind. If you are already living by that agreement then you will not be using your words or actions against anyone, therefore nothing you do will be cruel or provocative enough to deserve such actions.

Living by the Second Agreement

The core idea to take away from the second agreement is that people say and do things based on a multitude of other things that have nothing to do with you. It may come from a place of their own pain or a different understanding of the world. By realizing that, and knowing yourself well enough, there is no need to take things personally.

“There is a huge amount of freedom that comes to you when you take nothing personally.”
— don Miguel Ruiz

Now, in particular, is an important time to not take things personally. The entire human population is under huge stress and people are scared and anxious. So much is strange and we don’t have the freedom we are used to. When it gets overwhelming it can be easy to think the world is against you, but try to remember not to take it personally. The world is not against you, and any person that may seem they are is probably acting out of their own fear..

Ruiz’s ideas are still echoed in today’s self-improvement techniques, although perhaps a little more honed. The idea of knowing yourself deeply enough to be comfortable with your thoughts and accepting how your mind works are core principles of meditation. In a world where, until very recently, a lot of us felt like we never had a moment to ourselves, more and more people have been turning to meditation and mindfulness to try bring some calm and balance into their lives.

While the practices have been around for centuries, don Miguel Ruiz certainly brought these ideas to a broader audience — thanks, in no small part, to Oprah Winfrey’s endorsement. Maybe his techniques aren’t exactly your style but with the expansion of interest across western cultures we have seen more and more interpretations and teaching styles. If ever there was a time to try and find some calm, it’s now. Take a break from the news and chances are you’ll find something to your liking in the Blinkist library. 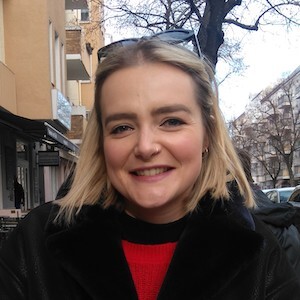 ABOUT THE WRITER
Amy Leonard

Amy is a Belfast-born, Berlin-based freelance writer with a background in journalism and content writing. She likes to spend her time looking and listening, reading and watching. Whether the subject matter is people or places or books or films or the sky or the street, she likes to absorb and ponder.