The Science of Unhappiness: Why We are Unhappier than We’ve Ever Been, and What We Can Do about It

In How the Mind Works, Steven Pinker sums up the essence of happiness as being happy with what we have

Today, many of us have more than any generation ever before: more health, more wealth, and more means by which to actualize our dreams. And yet we’re not the happiest people that ever were. 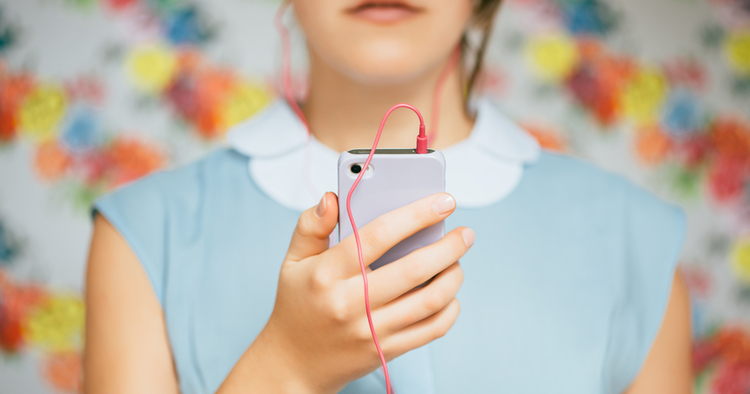 In How the Mind Works, Steven Pinker sums up the essence of happiness as being happy with what we have. Today, many of us have more than any generation ever before: more health, more wealth, and more means by which to actualize our dreams. And yet we’re not the happiest people that ever were.

In his book, Happiness, Richard Layard shows how, paradoxically, we’re less content today than our ancestors were just a few decades back. Of course, this is no coincidence.

We humans are ambitious, competitive animals: no matter what we achieve, we get used to it quickly and crave more, and even people who win the lottery don’t stay elated for very long. Our thirst for more might be the reason why humans have shaped the planet like no other species has. In the modern world, however, it is also an inbuilt obstacle to feeling permanently pleased.

Were our ancestors happier a few decades ago?

If your ancestors were anything like mine, they probably lived in a little village, and for them, being ambitious likely meant becoming the best baker or blacksmith in town, or having a prettier wife or a bigger house than their neighbor.

Achieving such goals is pretty attainable with just one neighbor for competition, just one other baker or smith in the village, and little contact with other communities boasting comelier ladies and grander mansions. It was simply easier to be the best, which made it simply easier to be happy with the goods they’d already attained.

And then, everything changed.

In a globalized world, people no longer compare themselves to their neighbors or fellow villagers. Instead, they flick through the polished lives of 800 facebook friends, and, even worse, see people like Mark Zuckerberg and other supposedly regular guys who made fortunes in their twenties. As you might have guessed, this creates problems.

First of all, it invites us to focus on the things we don’t have rather than turning our gratitude toward what we do. Pinker says, “A man’s reach should exceed his grasp, but not by much.”

Following this logic, the comparison of one’s self to Mark Zuckerberg is a bad idea—unless, that is, you’re close to running a company that affects the lives of half the human population.

Another part of the problem is that we humans drastically underestimate the role of chance, as Nassim Nicholas Taleb explains in Fooled by Randomness. We neglect the fact that, while perhaps naturally gifted, people such as Mark Zuckerberg or Bill Gates were mainly just in the right place at the right time.

The Black Swan by Nassim Taleb brings up another important aspect: The so called survivorship bias. We tend to forget that there might be quite a few Mark Zuckerberg, Steve Jobs, and Bill Gates doppelgangers who basically did what their successful counterparts did, but failed due to chance. Of course, nobody ever writes books about them, so those whose attempts at success failed left them quietly queueing at the labor office’s door.

What’s the human mind got to do with it?

Gut Feelings or Daniel Kahneman in his famous Thinking, Fast and Slow, have shown how humans are in general bad at dealing with probabilities and estimating chances. We overestimate our chances to succeed as we, in general, tend to overestimate our own abilities. There are many more books dealing with this fact, Predictably Irrational by Dan Ariely and Ian Ayre’s Carrots and Sticks, to name just two.

Overestimating our own abilities while underestimating the role of chance leads to unrealistic expectations. A few decades ago, mentioning “world domination” might have landed you directly in a mental hospital. Today, quite a few people with high hopes dream of things that are far out of their grasp, hence they’re never happy with what they have.

Is there a way to stop grasping and start living?

Here’s the good news: the external preconditions to being happier than our ancestors are already there. And with just a little shift in perspective, you can make everything fall into your happy place. 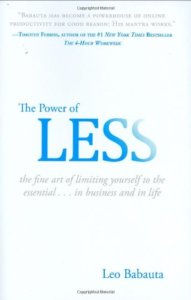 The Power of Less

The Power of Less

The Power of Less, advises.  In fact, many researchers of the human mind conclude that our biggest problem might actually be an overabundance of goals. If we continue to dangle bigger and bigger carrots in front of ourselves without ever quite managing to eat and enjoy them, we’re setting ourselves up for nothing but rumbling bellies and hanger of the soul.

Still other writers on happiness disagree. Reid Hoffman, founder of LinkedIn, is such a one. In The Startup of You, he suggests to continue to aim high, but always have a plan Z you can fall back on in a worst case scenario. Prime your mind for success, but let your best friend know that if everything goes to hell, you’ll need a space on his couch to lick your wounds.

Barbara Fredrickson, psychology professor and author of Positivity has a more universal piece of advice: However you do it, make sure you have a ratio of 3 positive to 1 negative emotions, and you’ll end up with a positive attitude – the true path to long-term happiness. One of the most powerful tools to put you on the happier side of the spectrum on a more regular basis is meditation.

Facebook doesn’t have the final say on your happiness

Why our ancestors were happier in a pre-Facebook age seems obvious now: they compared themselves to a smaller and less Zuckerbergian pool. Facebook isn’t going away anytime soon, so our wide world of competition isn’t, either. But take heart – chances are you’ve already got everything you need to be happy, and with a few simple adjustments in perspective, you’ll start to see it, too.

Meditation isn’t for everyone, so there is plenty of guidance out there in the form of great books that can inspire you on your journey towards happiness. Check them out in blinks or read them in full. Or maybe your prescription for happiness is as simple as that of famous German poet, Goethe:

One ought, every day at least, to hear a little song, read a good poem, see a fine picture, and if it were possible, to speak a few reasonable words.