The Book That Will Help You Understand America’s Race Problem: 5 Things You Need to Know

Mark Zuckerberg’s 10th pick for his Year of Books is Michelle Alexander’s The New Jim Crow. This is the gut-churning story of mass incarcerations, legal systems for the right-color skin, and why America’s fight for Civil Rights is anything but over.
A quick note from us: Our purpose is to put knowledge from great business books on your radar every day, and we think that part of our job entails keeping you up-to-date with what great minds are reading. Thus, welcome to our fourth installment of Mark Zuckerberg’s Year of Books. The selections won’t be all work (after all, that’s up to Mark), but they do promise to be inspiring. We hope you’ll like learning what Zuckerberg is reading and that it will help start some great conversations – and expand your social network, too. 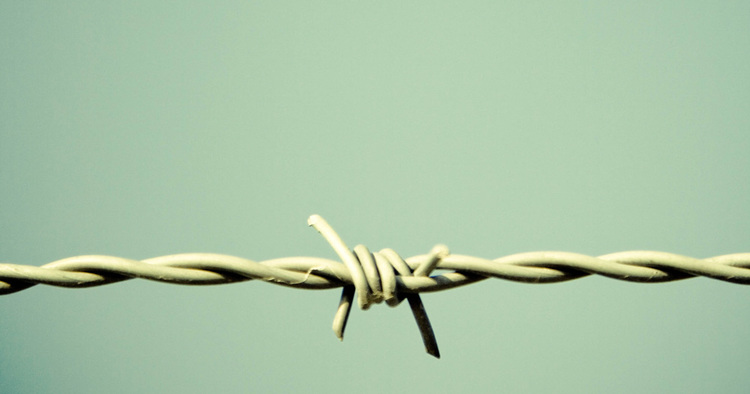 If you are young and black and live in Washington, D.C., statistically there’s a three-in-four chance you’ll end up in prison at some point in your life. Since the Reagan administration and the War on Drugs, the American justice system has been practically designed to assure it.

Thanks to the Civil Rights act of 1964, discrimination based on “race, color, religion, or national origin” has been illegal in the United States. But spend five minutes with a newspaper or the television and the story that’s playing out across the nation looks very different. People of color are being stopped, shot, incarcerated by the thousands, and killed. In an age of supposed civil rights, why? 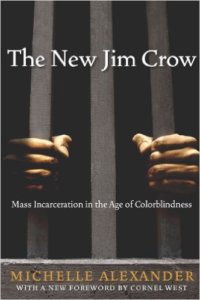 Michelle Alexander’s book The New Jim Crow identifies the psychological, cultural, and political forces that are renewing and reaffirming the racial caste in America. This, the 10th installment in Mark Zuckerberg’s A Year of Books, is an important, timely read for the modern human.

The New Jim Crow (2010) unveils a system of discrimination in the United States that has led to the unprecedented mass incarceration of African-Americans. The so-called War on Drugs, under the jurisdiction of an ostensibly colorblind justice system, has only perpetuated the problem through unconscious racial bias in judgments and sentencing.

Michelle Alexander is a civil rights lawyer and legal professor at Stanford Law School. She directed the Civil Rights Clinic at Stanford, and was law clerk for Justice Harry Blackmun at the US Supreme Court, and also for Chief Judge Abner Mikva on the US Court of Appeals for the DC Circuit. She’s been an associate at Saperstein, Goldstein, Demchak & Baller, where she specialized in class action suits alleging race and gender discrimination. She is a recipient of a 2005 Soros Justice Fellowship of the Open Society Institute.

3 Things You Should Know from The New Jim Crow

1. It all (re)starts with the War on Drugs

In 1982, only two percent of Americans believed that illegal drugs were the most urgent political issue in their country. And yet, in the same year, the Reagan Administration declared the War on Drugs. Alexander explains that the War on Drugs arose to abet the concerns of poor, rural whites, who both resented progress in black civil rights and solidly supported Reagan’s style of law and order. In this political context, the Reagan administration launched a major media campaign and, between 1981 and 1991,  increased spending to address illegal drugs from $33 million to $1.42 billion.

At first, even conservatives in Reagan’s own party were skeptical of the spend. However, when crack cocaine appeared in poor, black neighborhoods in 1985, spurring violence and drug use, people quieted down. Crack was just what the administration needed to justify the War on Drugs, whipping the public into a media-induced frenzy over black “crack whores” and “crack babies.”

2. Blacks and Latinos are disproportionately incarcerated for drug-related offenses.

We’d all like to believe that people end up in prison for a reason, regardless of race. We end up reasoning that if there are more blacks in prison for drug offenses, that simply means that black people violate U.S. drug laws more often.

Studies have found, however, that people of all races use and sell drugs at a similar rate. In fact, research has proven that white people, and especially young white people, are more likely to be involved in drug crimes than any other race. In other words, although the majority of drug dealers and drug users are white, three out of four people incarcerated for drug offenses in the United States are black or Latino.

And here—one last fact that’ll bend your mind: Although the number of incarcerations has quadrupled in recent decades, the U.S. crime rate hasn’t actually increased.

In the midst of all of the wrongful jailing, what is the criminal justice system doing to help? As Alexander explains, far too much.

Minimum sentencing in the United States for drug violations is astoundingly punitive. Here’s an example: in federal court, the standard mandatory sentence for a first-time drug offense is five to ten years in prison. A person would serve six months or no time at all for the same crime in any other developed country. And such punitive measures have been on the books for decades. In 1982 an adult charged with possession and intent to sell nine ounces of marijuana (which, at the end of the day, isn’t that much) was found guilty and sentenced to 40 years in prison. Yet more astonishing: the U.S. Supreme Court upheld the verdict and sentencing.

Law enforcement plays a crucial role in this dysfunctional system. Across the board, police have a great deal of power and little oversight. A police officer is technically allowed to stop and search any person he encounters. If during the search the officer finds illegal drugs on the person, he or she can then bring that person to a police station and book them.

However, the vast majority of such stop-and-search cases never go to trial. Instead, most are resolved through plea bargaining, in which an individual pleads guilty to hopefully receive a more lenient sentence—even if (and often “even though”) she is innocent.

One smart fact from The New Jim Crow:

Though it’s hard to prove definitively, research has shown that most people are highly likely to discriminate in some fashion based on race—even subconsciously. In fact, studies have found that nearly every human is subject to unconscious cognitive biases that are related to racial stereotypes.

Take as an example a 1995 survey in which participants were asked to visualize and describe a drug user. An astonishing 95 percent of subjects described someone who is black. Real data shows, however, that in 1995 only 15 percent of US drug users were black and it’s undeniable that most people—and this includes law enforcement—have some unconscious racial bias.

Drug law enforcement by nature needs to be more proactive, which makes the consequences of racial stereotypes a good deal graver. Since both drug dealers and drug buyers are doing something illegal, neither side involved is likely to call the police for assistance if something goes awry. Police can’t stop and search every single person they see on the street, so what do they do? Given the social and historical context we’ve already discussed, from the early boom in crack use in poor neighborhoods to sensationalist media coverage of “black addicts,” it’s not hard to guess which group law enforcement searches first.


One shocking fact from The New Jim Crow:

According to estimates, two out of every five U.S. inmates aren’t actually guilty, but plead as such to avoid going to a trial they can’t afford or know they’ll lose.

Most people apprehended in a stop-and-search cases never go to trial. Instead, the situation is resolved through plea bargaining, in which an individual pleads guilty to hopefully receive a more lenient sentence.

Why would an innocent person plead guilty? Simple: those who don’t plea bargain must go to trial, a drawn-out process which typically involves having to pay attorney fees and also carries the potential risk of more severe sentencing. The justice system understandably loses its appeal for someone unable to afford a lawyer.


If you remember only one thing, make it this:

Put in place partly as a response to achievements in the Civil Rights Movement and consolidated by the War on Drugs, the present-day system of mass incarceration of people of color has produced a new undercaste in the United States. Blacks today aren’t only disproportionately imprisoned on the basis of drug-related offenses but also institutionally discriminated against after release.

Get the rest of the story in The New Jim Crow by Michelle Alexander. Or, read the book’s highlights in a 10-minute summary over on Blinkist.