The All-Time Greatest Book of Our Species: Everything You Need to Know About Genome

Mark Zuckerberg’s 16th pick for his Year of Books is Matt Ridley’s Genome.
This is everything you need to know about the ultimate book of life, what’s inside, where there are plot holes and recipes for the future, and what makes us humans tick. 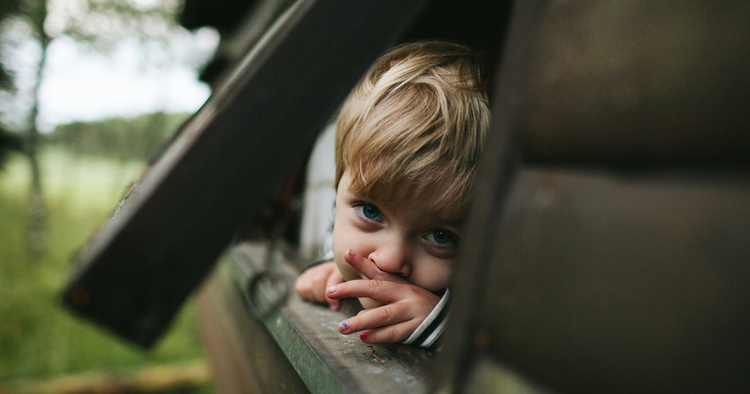 A quick note from us: Our purpose is to put knowledge from great business books on your radar every day, and we think that part of our job entails keeping you up-to-date with what great minds are reading. Thus, welcome to our latest installment of Mark Zuckerberg’s Year of Books. The selections won’t be all work (after all, that’s up to Mark), but they do promise to be inspiring. We hope you’ll like learning what Zuckerberg is reading and that it will help start some great conversations—and expand your social network, too.

There’s a great book inside of you. No, not the one you keep meaning to write (well, maybe that one, too)—the actual book of life, and it chronicles evolutions, revolutions, and years upon years of human history. It’s the genome, and it’s scrawled deep within each of our beings in indelible, nuclear ink. In Genome, Matt Ridley searches chapter by chapter, chromosome by chromosome, to explore the human genome, exposing how it was written, the role our genes play as we develop, and why the Human Genome Project will change the world we live in.

This, the sixteenth installment in Mark Zuckerberg’s A Year of Books, is what’s been called “required reading” for anyone interested in the future of the human body. Read on to learn what it will take to cure cancer, how we got to where we are today, and where genetics might take us. 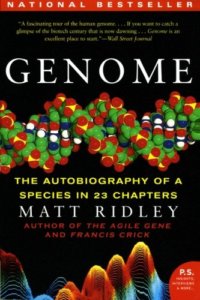 A Year of Books Pick #16: Genome: The Autobiography of a Species in 23 Chapters, by Matt Ridley

Genome explores the process of mapping the genome and tells the story fascinating story behind each gene. Ridley argues that, although we seem different from other animals, we have genes of every living being that led to our evolution by generations. He explores how genes can both cause disease and open the door to future cures, the role that genetic mapping will play for curing cancer, how Huntington’s disease is genetically directed, and what we can expect from gene therapy. Strap in: this is a journey deep into your own body and a biological exploration of that most ineffable idea of “human nature.”

Matt Ridley is an award-winning science writer. Amongst his books are The Red Queen, The Rational Optimist and The Agile Gene. He has sold over a million copies in twenty-seven different languages.

3 Things You Should Know from Genome

1. Bacteria’s got us beat when it comes to adaptation. 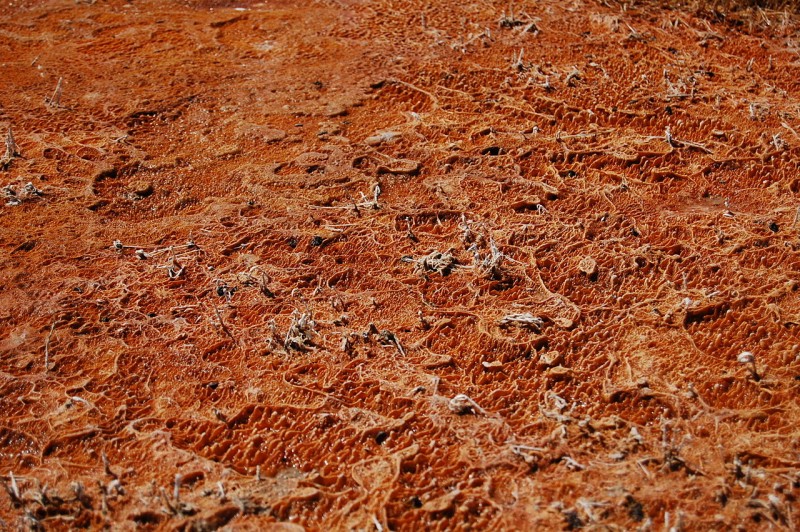 A biofilm of thermophilic bacteria in the outflow of Mickey Hot Springs, Oregon. Image Source:Wikimedia Commons

Humanity is prone to think of itself as the endpoint of natural selection, but while unique we may be, from a genetic perspective, we’re not actually that special. In fact, we share most of our genes with other species: only about 2% of our genetic makeup differs from our closest living relatives, chimpanzees. The fact that we are less hairy and bigger-brained is in thanks to only a tiny piece of our genome. We’ve simply got one fewer pair of chromosomes than our chimp counterparts; two of our chromosomes fused together and became one. There are lucky breaks, and there are lucky fusions. We naked bipeds happen to be the beneficiary of the second.

Concerning our ability to adapt, bacteria are actually doing a better job than humans. Genes evolve over generations, allowing each new generation to improve upon previous mutations. Humans, with our relatively long lifespan, require a great deal of time to genetically adapt to the world as we continue plodding through time. Bacteria develop and adapt the same way, but because their lifespans are shorter, they can have the same number of generations that all humans had in the last five million years in fewer than 25 years. As a result they adapt perfectly to the environment very fast.

2. Genes say more than you might guess about your personality. 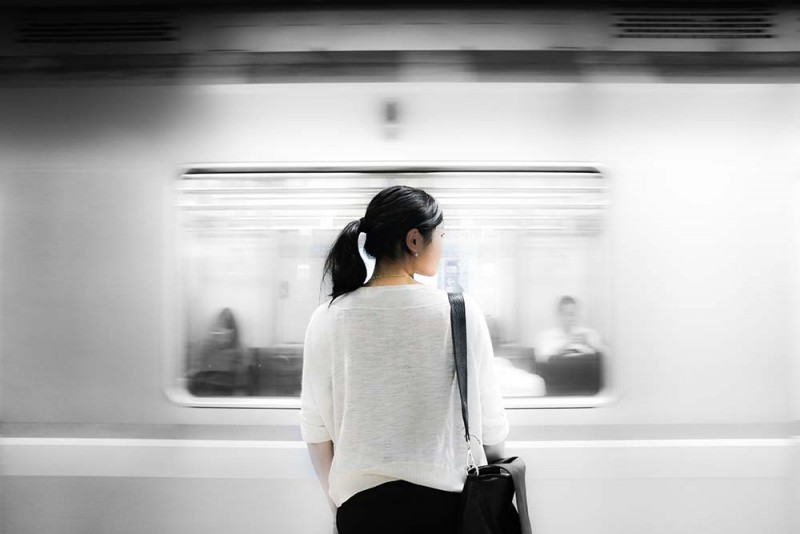 Your character is all your own, right? It’s a mindfully architected amalgam of the places you’ve been, the people you’ve loved, your values and lessons and dreams. Right? Weeeeellll…. No. Your genes (with a little assist from brain chemistry) can give you a tendency towards certain personality traits. For example, on the shorter arm of chromosome 11 there is a gene coding for the dopamine receptors in our brains. The number of repetitions of this gene controls how effective the receptors will be. If you have a shortage of dopamine in your brain, you’ll feel indecisive and stuck, and an extreme lack can actually lead to Parkinson’s disease. Those with excessive dopamine fare no better in that they’re likelier to develop schizophrenia. Sciences says that there might be at least 500 different genes that will lead to certain innate personality traits.

3. Like it or not, you’re programmed to deteriorate at 55. 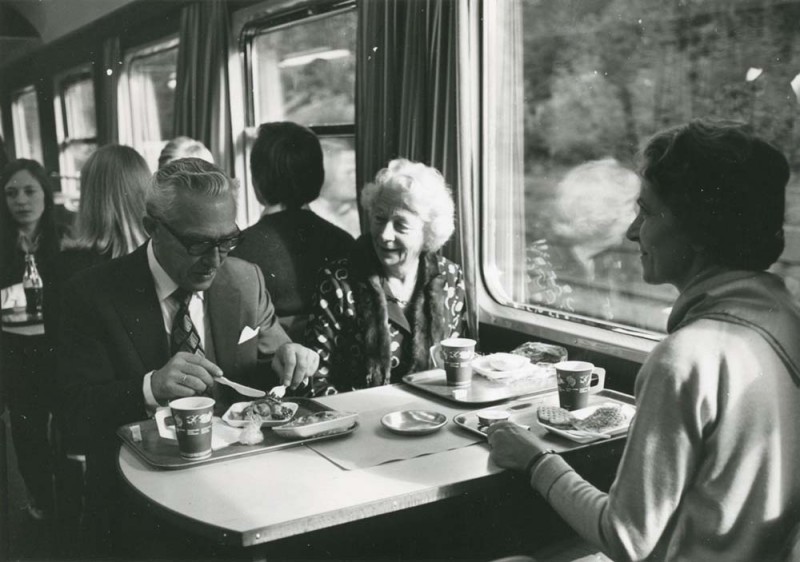 Creaky hips, aching knees, the mysteriously arching back: it’s a fact that the older we get, the more goes wonky with our mortal husks. Turns out, we’ve got natural selection to thank for it. The genome hustles to keep us hearty and hale until after breeding age, but takes off the leash and allows them to wreak havoc as soon as our children are adults. Here’s why.

Genes improve over generations, so the process of natural selection—basically biological trial and error—needs to ensure that there will be a future generation. For this reason, we don’t do a whole lot of aging until approximately 55, but the drop off after that is pretty sharp. This happens because at this point, according to evolution, we’re all grown up, we’ve had children who have also grown up, and they’re busy nurturing their brood of bairns. From a genetic point of view, as soon as our children reach their fertile ages, the older generation becomes genetically redundant.

One smart fact from Genome:

Your DNA is full of garbage both harmful and helpful.

You’d think that, thanks to our friend evolution, most of our DNA would be useful information for the set-up of our body and mind, but the autobiography of DNA has a lot of useless paragraphs. What scientists found when they started to delve was a bunch of what they refer to as  junk DNA: useless genes repeated over and over again and past failures of what have evolved to be useful genes. The junk DNA  might have once been viruses that never worked properly in our bodies, so when the body suppressed them, they became embedded in the genome.

Unfortunately, they duplicate (hi, cancer), hiding in the billions of words of which our DNA consists. These masses can damage other parts of the genome, slowly killing the body the genome once built and allowed to function. However, not all the junk is harmful or useless! One of the first uses of human DNA was DNA fingerprinting, which used the particularities of junk-DNA repeats that make each of so unique.

One surprising fact from Genome:

No self-respecting, Hippocratic oath-taking medical pro would like admitting to it, but eugenics are still A Thing today. When we test embryos for Down Syndrome and urge mothers to terminate the pregnancy, there’s very little in the way of difference from eugenics. What is different is how we manage to position it in our minds. Such measures are seen as protecting a baby from living a life mentally handicapped, and protecting parents from having to care for their child’s needs—much greater, on average, than those of healthy babies. The differences seems to lie in choice: we don’t consider these medical measures eugenics because the power of choice lies in the mitts of private citizens, not in the state.

Your body actually is a wonderland—all the way down to the genome. The mapping of the human genome might be the single most important moment in science thus far. It’ll help to develop cures for as-yet incurable diseases, and holds both the cryptic messages and the decoder ring to humanity’s past and future. It’s the entire history of human life in a cell that could fit on the head of a pinpoint.

Pick up Matt Ridley’s Genome to learn all about the science of yourself over at Blinkist. The Genome summary will only take you sixteen minutes to get through—and you can read it for free!