Snowflakes or Stoics? A Tale of Two Millennials

Cry and complain or keep calm and carry on? Here’s a look at the recent rise of an age-old philosophy among an unlikely demographic.

You don’t have to look far these days to find members of older generations dismissively referring to millennials as snowflakes — a term used to label today’s young adults as whinier and more entitled than anyone born before 1983.

And while many younger people take offense to the word, it’s difficult to completely deny the existence of “Generation Snowflake” at a time when cry closets are popping up on college campuses, and some students are so rattled by applause that they encourage jazz hands instead of clapping.

Yet the fact that many mindful millennials are now adopting the tenets of a 2,000 year old philosophy called Stoicism seems to shed light on a different dimension of today’s 20- and 30-somethings. 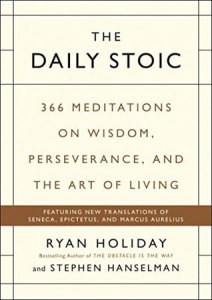 While the words “stoic” and “stoical” might conjure images of unwavering, emotionless individuals who endure challenging times without complaint, Stoicism actually speaks to something far greater.

Ancient Stoics considered serving their fellow citizens and acknowledging their common humanity to be of the utmost importance. These practitioners also encouraged others to extend their love and concerns beyond themselves and their families and to dissolve distinctions between individual egos and humanity as a whole.

In this way, Stoicism is meant to provide a broader perspective regarding how we each fit into the bigger picture. It’s not simply about maintaining a stiff upper lip.

Founded in Athens following the death of Alexander the Great around 300 BCE, the Hellenistic philosophy advocates the development of courage, temperance, justice, and practical wisdom — virtues that might not exactly leap to mind for older individuals who envision today’s stereotypical college-age student.

Yet, for one reason or another, Stoicism is now attracting more followers than ever, many of whom are still years away from turning 30. So how did we get here? 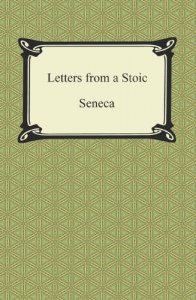 Letters from a Stoic

Letters from a Stoic

Much of what we know about the philosophy today comes to us via Letters from a Stoic, a series of 124 missives penned by a Roman statesman named Seneca around 65 BCE. In his writings, Seneca introduced Stoicism’s core principle, which encourages the understanding that some things in life simply can’t be changed, and, therefore, aren’t worth worrying about.

Yet while Seneca’s words have been in circulation since around the time the printing press was invented, the popularity of Stoicism is now reaching a pinnacle. But why has this school of thought suddenly become so trendy among young adults? Could it be in response to the snowflake label? Or perhaps it’s because we’re living through what might be the most trying economic and social circumstances in generations? 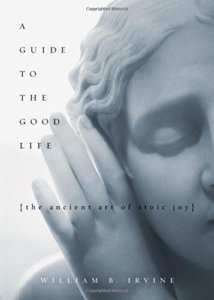 A Guide to the Good Life

by William B. Irvine

A Guide to the Good Life

Some argue that author, entrepreneur, and all-round lifehacker Tim Ferriss has something to do with the philosophy’s popularity. Ferriss has been touting the virtues of Stoicism on his blog since 2009, and he’s additionally delivered several high-profile speeches on the subject.

Yet it was also in 2009 when Professor William B. Irvine published A Guide to the Good Life: The Ancient Art of Stoic Joy, which struck a chord with many influential individuals, including Silicon Valley CEO Jason Fried, who stated that Irvine’s work is the single most impactful book he’s ever read. 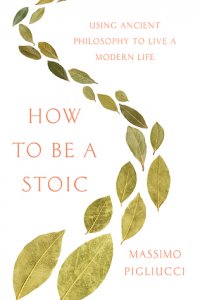 How to Be a Stoic

How to Be a Stoic

Whether or not Stoicism’s current time in the limelight can be traced back to a single source, it’s undeniable that the philosophy has gained broader appeal than at likely any other time in its existence. A bevy of books on the subject have been published in the past decade, and there are a growing number of blogs, newsletters, and online discussion groups all centered around Stoicism.

Just last year, philosopher Massimo Pigliucci’s How to Be a Stoic: Ancient Wisdom For Modern Living received widespread acclaim, which led to a TED-Ed video that’s been viewed more than 2 million times. Not bad for a philosophy that’s been around for thousands of years.

Yet perhaps the author whose name is currently the most synonymous with modern-day Stoicism is Ryan Holiday, a former director of marketing for American Apparel and the scribe behind several eye-opening books, including The Obstacle Is the Way: The Timeless Art of Turning Trials Into Triumph and, more recently, The Daily Stoic: 366 Meditations on Wisdom, Perseverance, and the Art of Living. 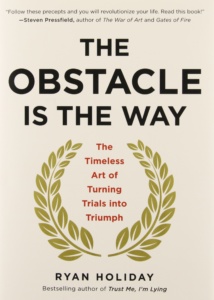 The Obstacle is the Way

The Obstacle is the Way

In The Obstacle is the Way, Holiday examines the struggles of historical figures who demonstrated astonishing resilience by employing a Stoic mindset to overcome challenges. He details how these inspirational individuals transformed roadblocks into stepping stones to achieve incredible success, and he explains how anyone can use a similar approach to improve their own personal and professional lives.

And in The Daily Stoic, the latest addition to Blinkist’s library, Holiday provides 366 days of insights and exercises associated with Stoicism. The book also features all-new translations from ancient Stoics including Seneca, Marcus Aurelius, and a slave named Epictetus who adopted the philosophy in order to make his life more bearable.

Whether you identify as a millennial and detest the term “snowflake,” or if you’d simply like to learn more about Stoicism so you can take a more mindful approach to the issues confronting society today, launch the Blinkist app now to explore the insights from any of these titles in as little as 15 minutes.