The Singularity: When Humanity Will Become Obsolete

It’s the Rubicon which, once crossed, human affairs as we know them can no longer continue. It's The Singularity, when everything will change.

The Singularity is a point at which a civilization advances to such an extent that its technologies and rules prove wholly baffling to previous generations. You know—a lot like trying to explain Facetime to grandpa. The singularity is the Rubicon which, once crossed, human affairs as we know them can no longer continue. Singularities have already occurred: the Industrial Revolution is a solid example, as is the Information Age. Some technologists and academics predict that the singularity will happen due to exponential growth in computing technology; others believe the catalyst will be the simple acceleration of change. It will almost definitely involve A.I., and will probably mean the ascent of a superintelligence that far outstrips mere modern mortals.

Ready to upload your brain? 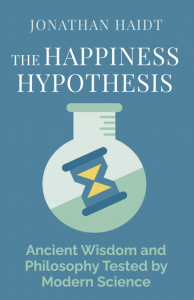 Be intrigued, but not too afraid! Prepare for all of the implications of the coming Singularity by getting informed. Start with the blinks to Ray Kurzweil’s The Singularity is Near. You’ll learn about the nanobots that will clean your blood, our cyborg evolution, and why waiting on donor organs will be a thing of the past.