Explore the fascinating history of womanhood, marriage, and why the current traditions may no longer be fit for purpose.

Rebecca Traister’s work explores women and their relationships to each other, to their partners, and to the cities they live and thrive (or simply survive) in.

Here, she recommends a series of books that inform both her own work, and also the broader conversation on feminism and what the reality is, and has been, for women. From treating the history of marriage to examining the suffrage movement, this book list will provide you with insights into the social and economic roots of feminism, and the crucial nature of female friendship.

Sister Outsider is a collection of fifteen essays and speeches, where poet and feminist writer, Audre Lorde, explores the roots of her intellectual development and talks about increasing empowerment among minority women writers. The author takes on the concept of difference—difference according to sex, race, and economic status—and proposes these social differences as a trigger for action and change in society.

Drawing from her own funny, emotional, and often heartbreaking experiences of friendship, family, and relationships, combined with insights from her career as a professor of gender studies, Cooper writes passionately about the situation that women of color face in the US and encourages us all not to be silenced by fear.

Rebecca says:
“There’s a wonderful book that’s about to be published, that I read this summer by Brittney Cooper who I cite in the book and it’s called Eloquent Rage and it’s going to be out in February of 2018. It’s so good, it’s such a brilliant book.”

3. One Woman, One Vote: Rediscovering the Women’s Suffrage Movement by Marjorie Spruill Wheeler

One Woman, One Vote is the most comprehensive collection of writings on the women’s suffrage movement in the US. It includes essays by the most prominent contemporary historians, with some writings from the participants themselves.

4. Rich and Pretty: A Novel by Rumaan Alam

Rich and Pretty takes place in contemporary New York and delves into the female friendship between two girls-turned-women, who are learning how to live adult lives. With a keen sense of style, brilliant humor and attention to detail, Rumaan Alam explores how the relationships that we form in childhood develop and shift as our adult paths continuously diverge.

Rebecca says:
“There is a novel that actually deals with some of the, you know, not the really profound socioeconomic differences around marriage, but there’s a great novel by a man actually named Rumaan Alam, it’s called Rich and Pretty. That’s about two single women in New York City. And I thought it’s a really smart novel about money, privilege and marriage and independence.”

Based on the episode of Simplify with Rebecca Traister, we created a book list that you can read (or listen to!) on Blinkist in 15 minutes or fewer: 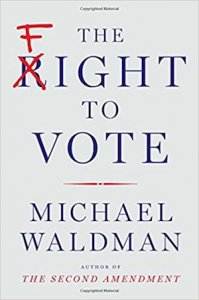 The Fight to Vote

The Fight to Vote

The Fight to Vote is about the struggle for democracy in the United States, from the American Revolutionary War right up to the present day. This title details the battle that has been waged over generations to guarantee the right to vote, and explain how this right continues to be undermined. 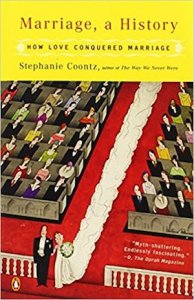 Marriage, a History looks back across the years to the foundation of the institution of marriage, from its utilitarian genesis in the Stone Age to its function in the present-day primarily as a love partnership. 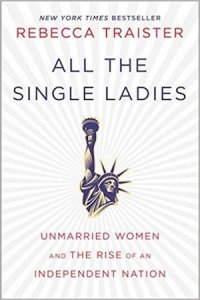 All The Single Ladies

All The Single Ladies

All The Single Ladies chronicles the history and changing circumstances of single women in America. These blinks explain how cultivating female friendships and seeking alternative strategies to balancing personal and professional obligations help women achieve greater success and independence.

Simplify is made with love by Blinkist. Click here to try Blinkist for free with the voucher code: singleladies