Read Like Zuck: 6 Groundbreaking Ideas from the Book that Invented Paradigm Shift

Mark Zuckerberg’s 6th pick for his Year of Books is Thomas Kuhn’s The Structure of Scientific Revolutions
Read on to learn how it changed scientific process and the idea of scientific progress forever. 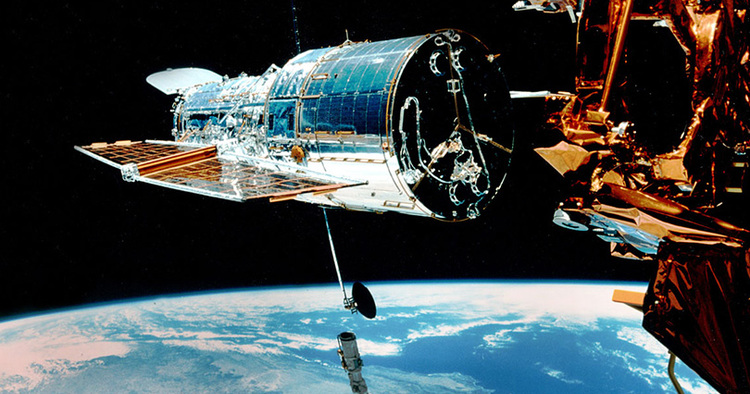 A quick note from us: Our purpose at Blinkist Magazine is to put knowledge from great business books on your radar every day, and we think that part of our job entails keeping you up-to-date with what great minds are reading. Thus, welcome to our fifth installment of Mark Zuckerberg’s Year of Books. The selections won’t be all work (after all, that’s up to Mark), but they do promise to be inspiring. We hope you’ll like learning what Zuckerberg is reading and that it will help start some great conversations – and expand your social network, too.

It is a truth universally acknowledged that scientists—from those of the ancient world to the hobbyists and tinkerers of the Enlightenment, right up to the tech-enabled researchers of today—build upon the work of those before in order to make scientific progress.

Or at least that was what people thought until Thomas Kuhn came along. 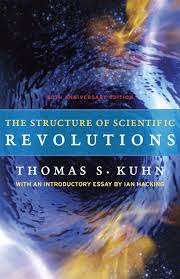 The Structure of Scientific Revolutions is the sixth installment in Mark Zuckerberg’s A Year of Books challenge. Published in 1962, it is a groundbreaking study in scientific history and philosophy. In it, Kuhn explains how scientific work and research is conducted. Providing a fascinating—and controversial—explanation as to how progress is made, he relates it to sweeping political and social revolutions that eradicate rather than iterate on old ways of thinking. Here, we’ve pulled out the most impactful lessons from this tome full of revolutionary ideas.

Thomas Kuhn rocked the scientific world by challenging the nature of scientific progress. What Kuhn proposed was that, rather than being cumultive, scientific progress is advanced through episodes of revolution induced by anomalies, or results unpredicted by the accepted framework. Those anomalies and the pursuit of their cause, Kuhn held, are what cause a revolution in the rules of the game, directing new avenues of research and replacing old ways entirely.

Thomas Kuhn (1922-1996) was an extraordinarily influential physicist, philosopher and historian. His most famous work was The Structure of Scientific Revolutions. You can also thank him for the lovely idiomatic coinage “paradigm-shift.” 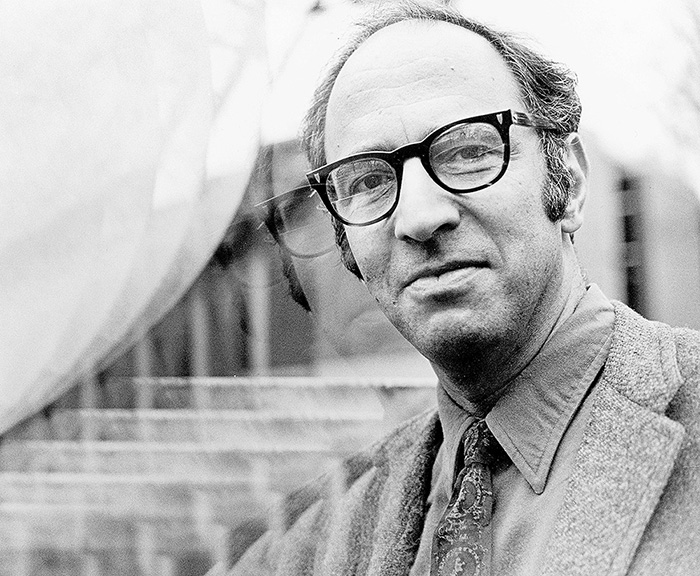 3 Things You Should Know from The Structure of Scientific Revolutions

1. Science is built on paradigms

Scientific experiment is never random, nor is it undertaken without a clear idea of the expected outcome. But wait! you might be thinking, how do scientists know what outcome to expect? Paradigms! or a framework of accepted theories and knowledge that gives scientists a common starting point. Having a paradigm handy means that scientists needn’t start each time from scratch. Instead, they can devote time to their own additions—usually purposed to stop up knowledge gaps or bridge disconnects between theory and reality. 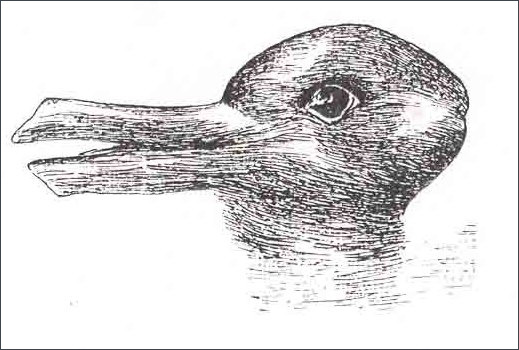 Kuhn used the duck-rabbit optical illusion to demonstrate the way in which a paradigm shift could cause one to see the same information in an entirely different way.

In conducting experiments to supplement the paradigm, scientists know the result they expect to get. Nevertheless, every now and then something extraordinary ensues: a scientific anomaly.

See, what usually goes on in a lab—the aforementioned knowledge stoppering—is what Kuhn terms “normal science.” In “normal science,” researchers experiment with a clear idea of what the result should be. By contrast, the kind of science that investigates anomalies is known as “extraordinary science.” In extraordinary science, researchers no longer solve for a known, but rather test boundaries and ideals. A good example of this is when Galileo first noticed a few moons orbiting Jupiter’s and called into question the geocentric (earth-centered) theory of the universe, adding strong support to the Copernican sun-centric theory. 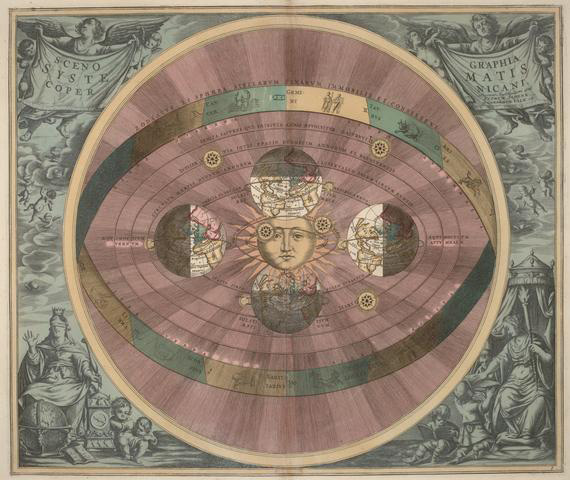 3. A paradigm shift means that scientists are able to see new things that might before have been deemed impossible

When a new paradigm comes to the fore after a scientific revolution, scientists begin to see new things with their instruments that they would previously not have been able. Why? The change in paradigm leads to a change in a scientist’s perceptions. Quite simply, a new paradigm brings forth new ways of looking at the world. What was once seen as banal or simply not possible becomes a new area of discovery. The best way to explain this is through an example provided by Kuhn:

For centuries it had been the accepted paradigm that there were only six planets in the solar system (the six that could be seen with the naked eye). With the invention of the telescope, scientists could see more, but the paradigm limited their perception. Many of them saw a strange object which they perceived to be a star, even though it acted in strange ways. Then a British astronomer, William Herschel, identified this body not as a star, but as a new planet: Uranus. This shift in paradigm resulted in a change in what astronomers saw through their telescopes. The knowledge that there was more out there led them to discover many new meteorites in the following years. 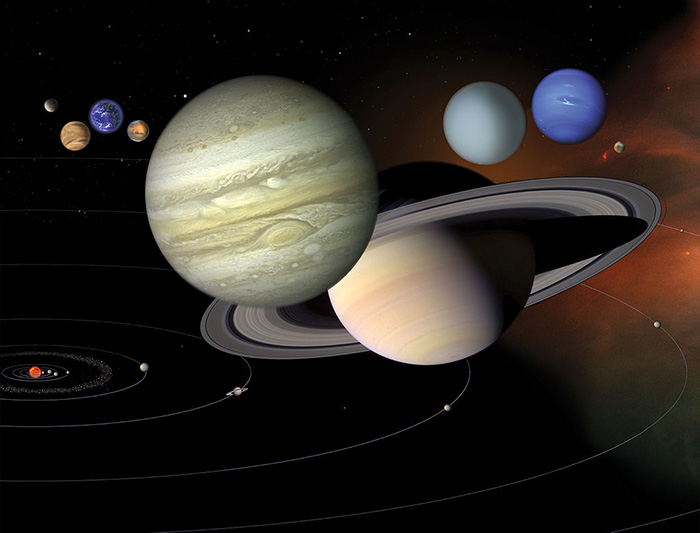 One smart fact from The Structure of Scientific Revolutions:

Sometimes, the greatest discoveries are made while pursuing an anomaly.

For example, X-rays were first discovered by mistake when the physicist Wilhelm Roentgen noticed that his experiment with cathode rays was producing an unexpected shadow nearby. Intrigued, he conducted further research on the shadow until he came across the result: radioactive rays were producing a visible effect on substances. This shocked the scientific community, forcing them to reconsider the accepted paradigm. Thanks to this paradigm revision, other scientists went on to discover how X-rays could be used. 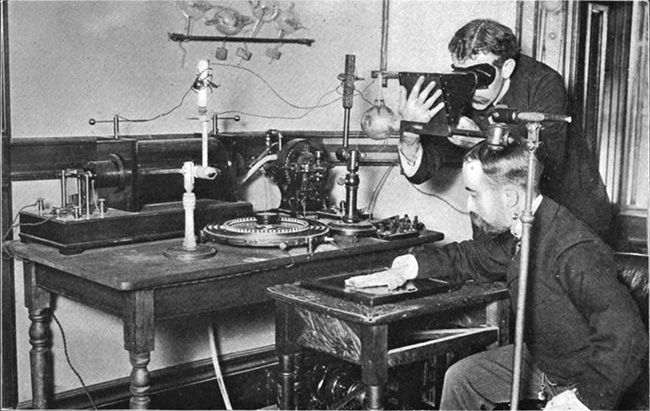 One surprising fact from The Structure of Scientific Revolutions

A political revolution begins when one section of the population questions whether a society’s institutions are still fit to serve its people. Similarly, paradigm shift begins when a section of scientists begin to see that nature doesn’t match the understanding of the paradigm. When two paradigms face off, there is no room for resolving differences; each legitimises itself as true using its own logic. In politics and in science, a revolution ends with either the revolutionaries or the conservatives coming out on top while the other is relegated to the dustbin of history.

Scientific progress depends on revolutions. Unexpected discoveries put pressure on old ways of thinking and lead to the emergence of new, more fitting models, consigning the old ones to the science’s forgotten boneyard.

A revolution—even the bare structure of it’s structure—can’t be contained in 1200 words. Read the rest of Kuhn’s groundbreaking text in full, or learn the rest of the essentials by reading the key messages on Blinkist.