What the Prime Minister of Luxembourg Can Teach You About Leadership

In the most recent episode of State of Mind, Blinkist co-founder Niklas Jansen interviews Prime Minister of Luxembourg, Xavier Bettel, about what modern leadership really looks like.

While Xavier Bettel’s dream wasn’t always one of becoming Luxembourg’s Prime Minister, he always had a premier’s charisma. When the city of Luxembourg’s first female mayor, Colette Flesch, talked about a walk they took together before his time in office she said that he “talked with everyone — he had a kind word for everyone.” A stroll that would normally have taken 20 minutes took them two hours.

Political leaders should provide guidance and stability, aiming to solve today’s problems while preempting, and ideally preventing, the ones of the future. Leadership is both a performance and a responsibility, and it finds its identity in the values of the people it serves.

What does it take for a head of state to be successful at such a formidable task? The sixth episode of Blinkist and Invisible Media’s series, State of Mind, delves into the personal history of Xavier Bettel, the Prime Minister of Luxembourg, his empathetic leadership, and his approach to governance.

Politics Started in the Playground

Xavier Bettel’s interest in politics developed at a very young age, after experiencing its power first hand. As an 8 year-old, Bettel started a petition for his city council to build a playground for the primary school he attended. He convinced his friends to support his cause and he personally delivered the petition to the mayor who came to visit the school. The playground was built and this notion of politics as an effective driver of social change stuck with him forever.

“I realized: just organize yourself and try to convince — and then you get things done.”

While he was studying to become a barrister at law school, he was already a member of the Luxembourg communal council. Eventually, he would go on to be elected to the mayorship of Luxembourg City, and after the 2013 election, he assumed the role of Prime Minister of Luxembourg — becoming only the third openly gay head of government in the world.

For Xavier Bettel, good politicians are not the ones who seek positions of power. To his mind, politics comes down to dialogue. This is one of the fundamentals of his leadership style—often known as empathetic leadership or servant leadership—where the figure of the head of state is akin to that of an orchestra conductor. Their job is to bring performers together in harmony. Government is a collective effort, where the task of the leader is to listen to the needs of the people and to map out a vision. The task of the group is to make this vision a reality.

“I’m primus inter pares. I have to compromise, discuss with my colleagues, and I’m lucky to have a motivated team where I’m the captain.”

Empathetic leadership has earned Bettel and his government praise—and has proven successful! After all, he won reelection and is currently serving his second term in office. How has he managed to maintain a solid government and stable support from his citizens by relying on empathy?

What It Takes to Be Successful with Empathetic Leadership

(Don’t) Do It Yourself

Effective leadership delegates responsibility because success depends on every member of the team working at their best. In order to be hands-off as a leader, you need to surround yourself with the right people. You must be willing to work with them—even if you don’t agree with them. Every individual must be able to fulfill their role in order for the collective to succeed.

Do the Right Thing—Even if You Stand Alone

Xavier Bettel’s style of empathetic leadership requires character and determination, because it’s oriented towards effecting long-lasting change. Bettel is ready to stand up for the rights of those who are wronged, even if it makes for difficult political and diplomatic situations.

For example, at an EU-Arab League summit in Egypt, he confronted the Arab League about LGBT rights and activism in Arab countries. After a meeting with Boris Johnson in his office in Luxembourg, Bettel addressed a crowd of protesters at a press conference that the British Prime Minister decided to walk away from last minute, giving an impassioned speech about the consequences that the citizens of the United Kingdom would have to face in the wake of Brexit.

Effective leadership is people-centric as empathy guides action. However, effective leadership is not people-pleasing. Bettel himself said that “it’s important to say to people that these decisions might not be the most popular to take now, but they will be useful for the next generations.”

Check Your Ego at the Door

“In 20 or 30 years, I only want people to remember that I did the job I had to do at that moment for the country and for them. That’s all. And that’s more than enough for me.”

Xavier Bettel does not worry too much about leaving a personal legacy. His focus lies on being an effective political actor and catalyst for change. In The Power of Ideals, William Damon and Anne Colby study humility as a leadership trait and reference psychologist June Tangney’s claim that humility is the result of a combination of being able “to evaluate our own abilities and recognizing our mistakes; of being open to ideas, even if they contradict our beliefs; of seeing achievements from a big-picture perspective; of avoiding self-centeredness; and being aware of the ways we can make contributions of value.” 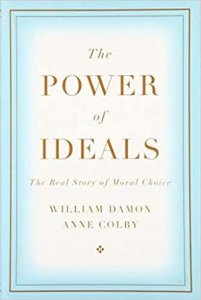 The Power of Ideals

by William Damon and Anne Colby

The Power of Ideals

Damon and Colby use former US First Lady Eleanor Roosevelt as an example. She was praised for allowing the public to see her authenticity, positioning her as a strong leader in the fight for civil rights.

Come as You Are

To be able to connect and empathize with others, Bettel is steadfast in his belief of being authentic and showing who he really is. He says that “being intentional is key to your leadership style. Knowing what your values are. People are craving authenticity today. So, worry less about perfection and more about authenticity which is what I value.“ 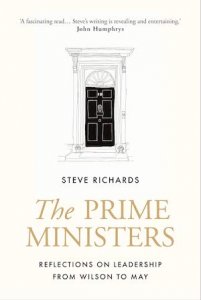 In his book The Prime Ministers, Steve Richards writes about Tony Blair’s successful bid for Premiership in 1997. After decades of defeat, the Labour Party was in dire need of modernization. Whatever you think about Tony Blair now, at the time he was able to be a figure that could connect to the British public, “He made himself approachable, [and] spoke a cheerful, colloquial language…”

The most important element of empathetic leadership is a desire to learn about the lives of those you serve. In Leadership is an Art, Max De Pree highlights the importance of fostering intimacy and inclusivity in your organization or your community if you want people to thrive. 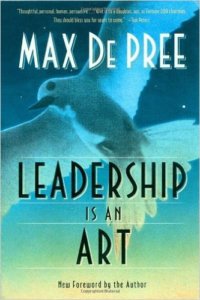 Leadership Is an Art

Leadership Is an Art

With inclusivity, everyone plays a role in maintaining and developing the system. To mediate these relationships, leaders have to develop an intimacy with their collaborators, allowing them to understand their needs, and to create strong bonds that multiply across the community.

Leadership is not exclusive to CEOs, politicians, religious officials or public figures. Every member of society could, and sometimes should, become an agent of change within their community. Xavier Bettel realized very early on that politics is a tool instead of an ideology. Understanding the importance of empathetic leadership is paramount to any society that wants to thrive in unity.

Thanks for reading! To listen to more episodes of State of Mind, why not sign up to Blinkist now?