From Amazon to Facebook, the origins stories of the world’s biggest companies are filled with lessons to learn and mistakes to avoid. Learn the truth behind these scandalous stories with the Blinkist knowledge app.

This year, Jared Leto and Anne Hathaway brought the shocking downfall of WeWork to our screens in the Apple TV+ drama WeCrashed. They told the story of how WeWork went from a unicorn worth $47 billion to bankruptcy in under a year. How could this happen?

The truth is there have been just as many spectacular downfalls as startup success stories, and, according to statistics, 90% of startups fail. Startups that become successes are often born out of defeat: Slack, for example, began as a gaming company producing a multiplayer game few people wanted to play. How can we learn from the stories behind these epic failures and make our own ideas grow and thrive?

Blinkist has it covered. The award-winning knowledge app breaks down lengthy non-fiction books into their core concepts. You can get through most of Blinkist’s explainer packs in as little as 15 minutes and even take learning with you using the app’s audio function.

“When we started in 2012, most apps were for social media or gaming. We wanted to do something different and build an app that would help change someone’s life with the power of reading. Now, with collections, we can give our users book recommendations from some of the world’s smartest and most well-read people.”
–Holger Seim, CEO of Blinkist

One of Blinkist’s most impressive features is their collections. They are the top picks from Blinkist’s library of over 5,500 titles that cover topics that everyone needs to know about. In this case: the lessons we can learn from other start-ups messing up royally.

Want to know what you can expect to learn? Here are some insights:

The Cult of We: WeWork, Adam Neumann, and the Great Startup Delusion by Eliot Brown and Maureen Farrell 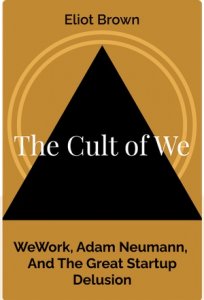 The Cult of We

by Eliot Brown and Maureen Farrell

The Cult of We

Have you been captivated by the Apple TV+ hit WeCrashed? Then why not learn the story that inspired the hit show? The Cult of We tells how WeWork became the world’s most valuable startup, only for it to crash and burn a few years later. It explores WeWork’s trajectory through a journalistic and financial lens, illustrating how the most prominent investors in the world were blind to the company’s risks for almost a decade.

“For much of WeWork’s existence, the business had functioned shockingly well despite a management structure characterized by chaos.”
Eliot Brown, The Cult of We: WeWork, Adam Neumann, and the Great Startup Delusion

The Everything Store: Jeff Bezos and the Age of Amazon by Brad Stone 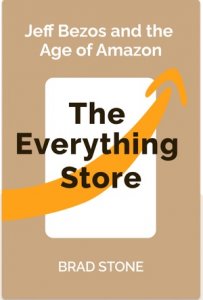 With the holidays coming up, chances are you bought something from Amazon. Jeff Bezos built Amazon from humble beginnings in his garage, even though it is now a billion-dollar company. It was Bezos’ vision to create an Everything Store from the beginning, which has, in the meantime, almost become a reality. The book shows how the company’s founder turned his dream into reality by focusing equally on the company and its founder. According to both the Washington Post and Forbes, The Everything Store was the best book of 2013.

Alibaba’s World: How a Remarkable Chinese Company Is Changing the Face of Global Business by Porter Erisman 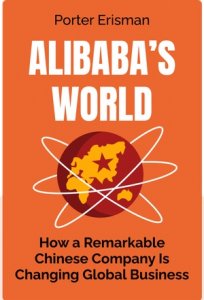 Porter Erisman is the former Vice President of Alibaba. Having worked there from its early days until 2008, he has witnessed the company’s ups and downs and is one of the few Westerners involved in the business. Alibaba’s World tells the story of the Chinese e-commerce company Alibaba, which was founded in 1999. Alibaba’s World offers valuable insights into leadership and business acumen that can help you put your company on the path to success.

Build: An Unorthodox Guide to Making Things Worth Making by Tony Fadell 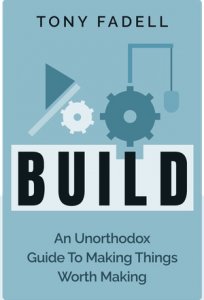 Tony Fadell is best known for co-creating the iPod and iPhone. Before any of his major successes, Fadell started his career at one of the countless Silicon Valley startups that believed it could conquer the world but instead crashed and burned. Build is a self-styled “mentor in a box” –⁠ an encyclopedia of business advice about everything from getting a job and managing a team to telling a story around your product and being a successful CEO. 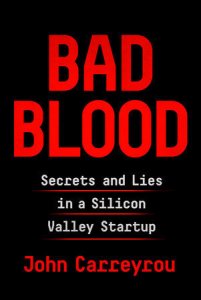 Now an award winning TV show (known as “The Dropout”), Bad Blood is the harrowing inside story of how a tech start-up risked the lives of millions with a blood-testing device that proved too good to be true. Written by Pulitzer-winning journalist John Carreyrou, who broke the story and pursued it to its end, this is the account of Theranos and its wunderkind CEO Elizabeth Holmes’ meteoric rise and epic fall from grace.

“The way Theranos is operating is like trying to build a bus while you’re driving the bus. Someone is going to get killed.”
John Carreyrou, Bad Blood: Secrets and Lies in a Silicon Valley Startup 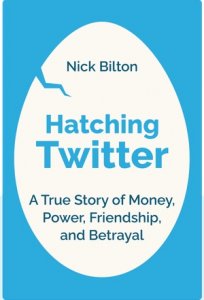 Elon Musk’s takeover and the future of Twitter may be the subject of much online debate recently, but Hatching Twitter tells the origin story of the company and the four men responsible for Twitter as we know it. It’s a tale of backstabbing, superstar glory, and billions of dollars that chronicles the drama and defining decisions that made Twitter what it is today.

From Apple to Intel, and Google to Enron, Blinkist’s collection of essential startup origin stories is a must for anyone wanting to learn the lesson from the world’s biggest companies.

However, Blinkist doesn’t just have collections about the growing pains of startups but also boasts the personal recommendations of some of the world’s most successful people. You can learn from Bill Gates’ personal reading list, or, pick the brains of Amazon founder Jeff Bezos.

Nonfiction books like The Cult of We are filled with fascinating advice, but they can take the average person days to read cover to cover. That’s where Blinkist comes in. The expert team of researchers, writers, and editors at Blinkist pull out the key takeaways from a nonfiction book and share them as a 15-minute explainer you can read or listen to. If you like what you read or hear on Blinkist, you can buy the book in full, knowing it’ll be worth your time.

You can read or listen to explainers on bestselling titles in 27 categories in the app — from career and personal finance to sex and relationships and health. Of the thousands of titles in the Blinkist library, there are bestsellers like Sapiens and classic productivity titles, such as Thinking Fast And Slow.

“Time is everything. It’s all we really have. Blinkist is useful because reading is powerful. It helps me to learn every day.”
–Ian Warner, Olympic Athlete and FIXT Founder

“Blinkist is one of the best apps in the world.”
–Apple

It is no secret that Apple loves Blinkist. The tech giant named Blinkist one of the best apps of all time and one of the top 20 apps for lifelong learning. Even Apple’s CEO, Tim Cook, is a fan. As part of his visit to Blinkist’s office in Berlin, he got to know the team behind the app and praised their work.

Beyond Apple, Blinkist is loved by the likes of The New York Times and Forbes, and it’s won awards from Google and the United Nations.

But, most importantly, Blinkist is loved by 24 million users from around the world — they’ve given the app 94,000 5-star ratings.

What are you waiting for? Start your Blinkist free trial today and learn from the mistakes and achievements of the world’s largest companies. 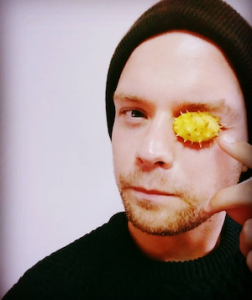