We humans mean well, but our irrationality often gets the best of us

There’s your co-worker who grouses that his pants are too tight but supersizes every lunch. There’s your boss who declines to give you a raise despite both of you knowing it’s deserved. And then there’s you: you know it’s in your best interest to save money for retirement, yet a week after you’re paid, you’ve already spent more than you’ve saved. 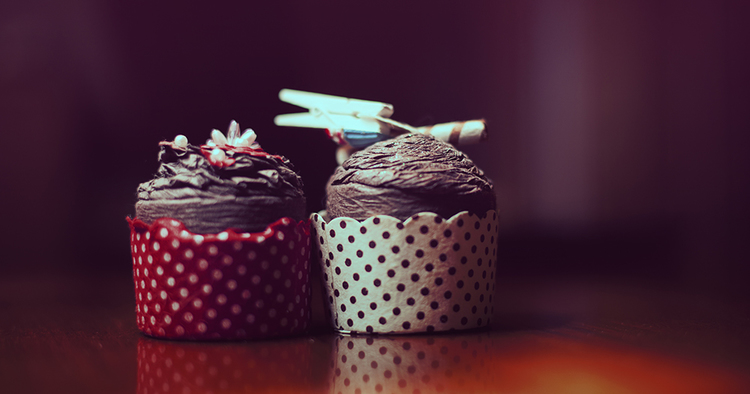 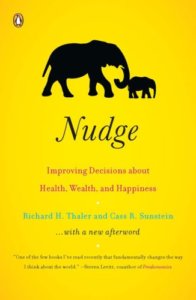 Richard Thaler’s Nudge explains how as good as people are at making reasonable and productive plans, when it comes to follow-through, we’re guided by our emotions, succumb to the herd, or balk at giving up things to which we’re accustomed to having.

Unfortunately, reason is powerless in the face of ingrained behavior. But there’s a tiny-but-mighty tool that’s right for the job: the nudge. It’s a simple contextual hint that makes it easier for you and others to make better choices.

One type of nudge is a tweak to the “default setting.”  Imagine this: an office canteen presents fresh fruits and veggies at eye level, making them the first thing people see when they arrive. Because the healthy snacks are front and center, choosing them becomes the office workers’ new “default setting.” They now have to make a conscious decision to eat the unhealthy snack, but if they had seen the candy first it would’ve been a different story.

Another kind of nudge is a simple reframing of facts. Rather than presenting something as a current loss, like asking employees to relinquish part of their salary to send to a pension fund, try framing it as a lack of a future extra payment. The “Save More Tomorrow” Campaign used this tactic to great effect.

Because nudges are so small, they’re relatively easy to try out. For example, you could easily reframe the facts with your boss to get a raise. Instead of asking for it today, see if she’d be amenable to a 10% bump in six months providing you meet certain goals. She’ll be far more likely to accept your suggestion because a small change in the future feels far more doable than a change she’s forced to implement today.
Want to learn more about this? Check out Richard Thaler’s Nudge here.