Let’s dig into the story behind this soon-to-be biopic.

In Shoe Dog, Phil Knight walks us through Nike’s journey from a one-man-show selling imported sneakers out of his trunk, to the iconic sportswear brand it is today.

A keen track runner and Stanford business school graduate, Knight combined his passions by importing inexpensive, high-quality Japanese running shoes to the U.S. He borrowed $50 from his father in 1962, created the company that he spontaneously called Blue Ribbon, and sold running shoes at track meets out of the back of his car.

Entrepreneurship is a team sport

Having the confidence to go for it and get your venture off the ground requires you to surround yourself with encouraging people.

Knight worked closely with his former running coach Bill Bowerman to develop innovative shoe designs and performance-tested prototypes with athletes. Pushing for lighter, speedier shoe models, Bowerman cut up, reformed, and experimented with a variety of materials — including fish skin!

“I’d tell men and women in their mid-20s not to settle for a job or career or even a profession. Seek a calling.”

The exposure Blue Ribbon gained from being worn by the professional athletes that Bowerman trained contributed massively to the company’s early success. Blue Ribbon’s early team was a small bunch of eccentric, creative people who were passionate about making great running shoes. Knight encouraged his employees to run with their ideas and included them in big company decisions which massively paid off. 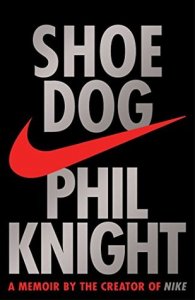 The team decided to stop importing shoes from Japan and start making their own. This big move required a rebrand and in 1971 Knight’s first employee, Jeff Johnson, came up with the name Nike after the winged Greek goddess of victory.

When the going gets tough…

Knight’s memoir stresses the importance of having a close, dedicated team who care about your product and stick with you through thick and thin.

In the 1970s, Nike resisted two major lawsuits. Onitsuka, the company’s former suppliers in Japan, sued Knight in 1973 for breach of contract.

In 1977, Nike’s U.S. competitors Keds and Converse accused Nike of violating customs law, which resulted in the company having to pay 9 million dollars to the U.S. government.

“Don’t stop. Don’t even think about stopping until you get there, and don’t give much thought to where ‘there’ is.”

The costs incurred by the two lawsuits forced Nike to open the company to public investment. By dividing the company into shares, Nike was able to make the company public with an initial public offering (IPO), and still continue to have control over the company’s direction.

Becoming a success like Nike is not just about the quality of the shoes you’re running in. Entrepreneurs like Phil Knight harness their spirit, perseverance, and the support of creative people. While you’re waiting for Netflix to catch up, check out the blinks to Shoe Dog for a more in-depth look at the Nike story. 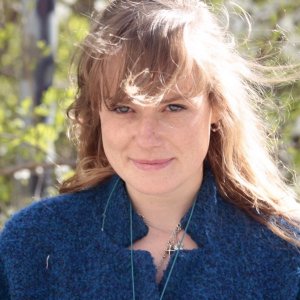