Make It Stick with SUCCESs

Why do so many great ideas wind up gathering dust in filing cabinets while rumors and urban legends spread like wildfire?

Quite simply, those great ideas might not have had the stick factor. 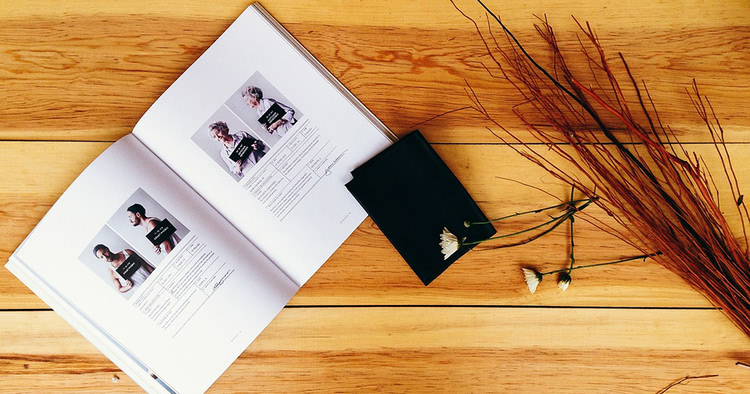 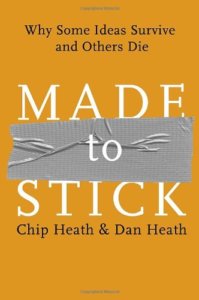 by Chip Heath and Dan Heath

In Made to Stick, Chip and Dan Heath reveal the anatomy of stories, advertising campaigns, and ideas that captivate. As different as each sticky story may be, they share six characteristics.

As you’re formulating your next marketing campaign or product positioning bible, grab this article and use SUCCESs as your checklist.

The Elements of Ideas that Stick: SUCCESs

They’re simple. The art of simplifying is to encapsulate the core idea in terms that anyone can understand, without changing the meaning. A great example is Southwest Airlines’ slogan “THE Low Fare Airline.”  While a complex comparative breakdown of their prices would be instantly forgotten, a catchy statement like this one will stick.

They’re unexpected. When confronted with the unexpected, your brain jolts out of autopilot and into manual control; the unexpected receives our full attention. Imagine a flight attendant giving the standard pre-flight safety demonstration. How much attention would he get? But what if he were to suddenly break from the normal briefing and declare that while there may be fifty ways to leave your lover, there is only one way to leave the plane? You guessed it: all eyes (and ears) would be on him.

They’re concrete. Abstract terms convey a message about as well as tapping on a table conveys a melody. On the other hand, using clear, concrete terms drives a message home. A retail worker hasn’t just “delivered outstanding customer service;” they’ve given a customer a refund on a shirt even though it was purchased at another branch. The fox hasn’t “altered his tastes to suit his means;” he’s convinced himself that the grapes he can’t reach are too sour.

They’re credible. Ideas only spread if they’re believable. One tried-and-true method is to have your story backed by experts. People trust stories told by real, trustworthy people. Another way of adding credibility to a story is to use facts and figures to illustrate the point – as in the anti-war campaign that claims the world’s combined current nuclear arsenal has 5,000 times the explosive power of the bomb that destroyed Hiroshima.

They’re emotional. To get people to donate to starving African children, there are two possible approaches: either present facts and figures about the millions of children starving and perishing every day, or show a picture of just one child in need who could be saved by a donation. The second approach appeals directly to the emotions. We find it just as credible as the first approach – after all, we can see with our own eyes a human being who is clearly starving – but it inspires us to take action in a way that numbers never could.

They’re told as stories. Often when trying to spread an idea, people make the mistake of banishing its origin story for brevity or slogan’s sake. While slogans can be useful at getting an idea to stick, they’re not ace at inspiring action. Here’s where story comes in. Take the fast food chain, Subway: Subway profited immensely from the (true) story of Jared Fogle, a seriously overweight man who managed to slim down to a healthy weight with a simple diet of two Subway meals per day. No slogan in the world could match a story like this.