Lighting a Fire: Michael Wolff’s Book and the Search for Truth

The publisher can’t seem to print enough copies of Fire and Fury. But is mere curiosity the only explanation for the demand?

In its first two days of publication, Michael Wolff’s Fire and Fury sold over 28,500 copies. Many bookstores ran out of physical copies during that time, and the publisher, Henry Holt and Company, expedited new printings to keep up with a demand that only increased to the point that over 2 million copies have sold in the US. Some people were in such a rush to grab a copy, they ended up purchasing a World War II history book with the same title instead!

But what drives the desire to pore over these pages? Many sides act as though they have an interest in proving or reinforcing or disproving or discrediting the stories contained between the covers. Can it really be entirely political? Is there something more fundamental at play here? Mainly, the search for truth.

Can truth be found, though? Nowadays, it feels as though we’re all Diogenes, carrying around a lantern, just looking for an honest man. How did our conception of truth become so unstable? Everyone has “a truth” or “their truth” to the point that some say that it does not exist. If Walter Cronkite were still on the air, closing out his news broadcasts with “And, that’s the way it is,” would we believe him?

After all, we’ve been told it’s out there, it will set you free, that we should speak it to power, and we can’t handle it. However, despite the fact we live in an era that has been described as “post-truth,” our innate desire for truth remains. That it seems so elusive these days, speaks to how thoroughly postmodernist this moment is. 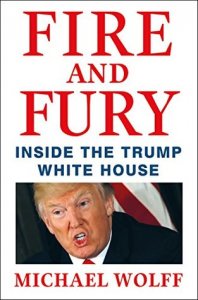 How did postmodernism influence our relationship with the truth, though? The movement has its roots in the ivory towers of the 1950’s and 1960’s. It started as a reaction against the Western philosophical and cultural orders leading up to both the World Wars. The Enlightenment had promised rationality, certainty, and order, but to this new group of thinkers those old ideas had led to the destructions they had witnessed in their lifetimes. As a result, they sought to push back against the idea that such a thing as objective reality existed. Truth became subjective and relative. These notions have since spread across the ideological spectrum. This diffusion has in no small part been aided by the increasing speeds with which we can share information.

Through social media, many of the channels and gateways that previously regulated the flow of information can be bypassed. It has become easier than ever to receive information “straight from the horse’s mouth.” However, consumers still regard much of the information they receive on social media with skepticism. The necessity of earlier and slower hierarchies comes into further question when people have the capacity to organize and implement action in a matter of moments over Facebook or Twitter. As Jennifer Aaker and Andy Smith describe in The Dragonfly Effect and Evgeny Morozov in The Net Delusion, this leveled playing field becomes a tool that can be leveraged for a variety of purposes.

If anything, the increased number of voices in the public sphere of late have shown just how vast, complex, and oftentimes messy the truth actually is. When Barack Obama spoke in Berlin in 2017, he said in response to a question that he believed everybody held a piece of the truth. And, perhaps this is one of the joys of reading, being able to gather a variety of these pieces together to form a bigger picture. Though for all the read books, there remain a myriad still unread. Both those written before and those whose authors have yet to write them.

Maybe Jack Nicholson was right after all.