Quickly Catch Up on the Moving Life of Queen Elizabeth II

Queen Elizabeth II passed away after 70 years on the throne. Discover the ups and downs of those 70 years in just 25 minutes with Blinkist — for free!

The UK’s longest-reigning monarch, Queen Elizabeth II, passed away at 96 after 70 years on the throne.

She first became queen back in 1952, and since then, she’s watched the UK recover from World War II, join and leave the European Union, and she welcomed 15 prime ministers — from Winston Churchill to the latest, Liz Truss, just two days before her death.

Want to learn more about the life of Queen Elizabeth? Blinkist is offering its explainer of Elizabeth the Queen for free on the phone and web app until September 18. 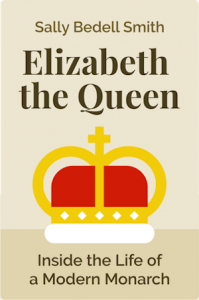 Blinkist is an app that gathers key insights from nonfiction books and shares them in bite-sized explainers you can read or listen to in about 15 minutes. Beyond Elizabeth the Queen, there are 5,500 titles to choose from across 27 categories including history, memoir, and personal development.

“Blinkist caters to readers with more curiosity than time.”
–TechCrunch

Blinkist’s explainer of Elizabeth the Queen is 25 minutes long — it does span a very long career and life, after all — so you’ll walk away knowing the most interesting parts of the late monarch’s life.

It’s written by Sally Bedell Smith, a historian and biographer who has also written books about Princess Diana and Prince Charles, although he’s now King Charles.

In Elizabeth the Queen, Bedell Smith dives into the queen’s life, sharing insights on everything from her close relationship with Winston Churchill to her coronation ceremony and Diamond Jubilee.

Want to know what to expect from the book? Here are four interesting facts you can learn from the Blinkist explainer on it.

The queen was traveling when she learned her father, King George VI, had passed away, which meant she was now automatically the queen. She was only 25 at the time.

She was officially crowned Queen Elizabeth II the following year, and swore to serve her people — an oath she kept until she died.

2. Winston Churchill Was Not Just a Prime Minister to the Queen but Father Figure

The queen has to meet with, and ideally get on with, every UK prime minister, but she was especially close with her first one: Winston Churchill.

In fact, the pair met when Elizabeth was just two years old. Even as a child, she looked set for royalty or, as Churchill said, she had “an air of authority and reflectiveness astonishing in an infant.”

When she became queen, the two grew closer, and Churchill became a father figure to her.

When Churchill left his post in 1955, Elizabeth wrote to him saying no other prime minister would “ever, for me, be able to hold the place of my first Prime Minister.”

3. An Intruder Once Got Into the Queen’s Bedroom

You’d think there’d be no way to sneak into Buckingham Palace without being caught, let alone get all the way into the queen’s bedroom. But that’s exactly what Michael Fagan did in 1982.

The queen sat up in bed to find a man in her bedroom with a shard of glass in his hand. Reports say he sat on the foot of her bed and began speaking about his problems, all while she calmly got help.

The queen once said 1992 was “not a year on which I shall look back with undiluted pleasure” and called it an “annus horribilis,” or horrible year in Latin.

The year saw family drama played out in newspapers as Prince Charles’s marriage to Princess Diana began to break down publicly, and two of her other children also divorced their spouses.

The papers wrote about this drama, along with how the royal family was wasting public funds. Plus, there was a huge fire at Windsor Castle, which destroyed or damaged nine state rooms and more than 100 others.

Curious to learn more? You can read or listen to all of the key moments in the late Queen Elizabeth’s life in the full Blinkist explainer of Elizabeth the Queen, which is available for free until September 18. Here’s how the app works.

Books like Elizabeth the Queen are packed with interesting information, but it can take days, or even weeks, to read them cover to cover.

Blinkist’s team of experts pulls out the most important parts and shares them in a bite-sized explainer that you can usually get through in just 15 minutes.

“As a wife, a mom of three, and a full-time entrepreneur, I yearn for some time to read for both personal and professional reasons. Blinkist is my car companion and pre-sleep friend! I love it.”
–Oula Farawati, Co-founder & CEO Printati

Millions Are Learning by Listening

You don’t have to find time to sit down and read these explainers, though. They’re available in audio form as well as written form, so you can brush up on the queen’s life — or any other topic — on the go.

Learn while traveling to work, working out, or doing chores around the house.

Understand the World’s Most Important Books

Sometimes nonfiction books cover tricky topics, and you need an easy-to-digest explanation. Other times, you simply want to know the key insights from a book and nothing more. Blinkist gives you both.

Discover 5,500 titles spanning memoirs and biographies of important figures — like Margaret Thatcher and Nelson Mandela — as well as books on interesting topics like psychology, history, and politics.

The app has won awards from the likes of Google and the United Nations, but more importantly, it’s loved by 23 million users around the world.

What’s more, 95% of users say they read significantly more now than before they started using Blinkist.

Want to join them and learn about the most interesting parts of Queen Elizabeth’s life? Check out Blinkist for yourself. To get the free explainer of Elizabeth the Queen, visit the web app or download the Blinkist app on your phone and search for the book.