Learning from Past Pandemics: How Disease Has Shaped Our World

As COVID-19 continues to take its toll, what can we expect to learn once this is all over?

The current coronavirus crisis has introduced a flurry of new phrases into our collective vocabulary, including “social distancing,” “sheltering in place,” and “flattening the curve.” And among the many adjectives pundits, newscasters, and heads of state have used to describe this pandemic, “unprecedented” ranks close to the top. In fact, according to Google Trends, global searches for that term skyrocketed to an all-time high in April.

The COVID-19 pandemic is not the first time humanity has been caught off-guard by a devastating, seemingly unstoppable disease. And while it’s safe to say the current circumstances are unlike anything most of us have ever experienced, in actuality, this situation is anything but unprecedented. In fact, pandemics of this scale are nothing new, and they’re actually responsible for shaping our world in many ways.

From the dawn of civilization to the present day, diseases have played a pivotal role in human history. Through the ages, illnesses have taught us a great deal about our species as well as how diseases spread and what we can do to combat them. Blinkist’s library includes several books about how major maladies have altered the course of civilization, so to help put the current pandemic in context, here’s a look back at how other diseases have shaped our world.

Although the primary cause of many pandemics (including the current one) has been viruses, the deadliest disease in human history — malaria — is actually caused by a parasite spread by mosquitoes. It seems unfathomable, but as author Timothy C. Winegard reveals in The Mosquito: A Human History of Our Deadliest Predator, malaria is estimated to have killed 58 billion people throughout history. That’s more than seven times the current global population and nearly half of all humans who have lived during the past 200,000 years. 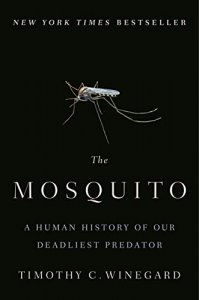 It’s no surprise that, during that sprawling span of time, malaria has wreaked an unimaginable amount of havoc across history. Notably, the disease made it possible for the Athenians to defeat the Persians in ancient Greece, and it later led to the death of Alexander the Great. The mosquito-borne illness also crippled the Union army during the Civil War, and it decimated Spanish forces in the Spanish-American War. More recently, though, in an effort to exterminate mosquitoes, wide-spread use of the insecticide DDT backfired by decimating bird populations and causing cancer in humans.

Malaria continues to claim more than 400,000 lives each year — sadly, mostly children — but just this month, scientists discovered a microbe that could potentially stop malaria once and for all.

Of Conquests and Contagions

One of only two contagions to have ever been successfully eradicated, smallpox is another of the deadliest diseases in human history. In her book Get Well Soon: History’s Worst Plagues and the Heroes Who Fought Them, author Jennifer Wright details how a single Spaniard may have inadvertently infected the entire Incan population with smallpox during the Spanish conquest of America in 1525. 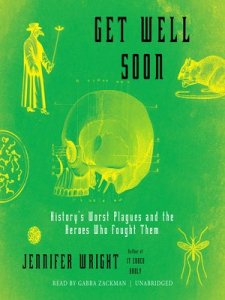 Within just one year, almost nothing remained of the 7,000-year-old civilization, paving the way for Francisco Pizarro to conquer the Incan empire with fewer than 200 of his men. This was only possible because the majority of Spaniards were immune to smallpox, as the disease had been present in Europe for generations. Unfortunately, indigenous Americans lacked such immunity, and the virus eventually killed more than 90 percent of their population.

As our ancestors learned more about diseases, our personal hygiene habits evolved to reduce the spread of illness. In Pandemic: Tracking Contagions, from Cholera to Ebola and Beyond, author Sonia Shah describes how the way we dispose of human waste has changed considerably over time. In 19th-century New York, for instance, human waste would commonly litter alleyways and sidewalks. In fact, there was so much excrement in the city, that the average New Yorker is estimated to have ingested roughly two teaspoons of it every day 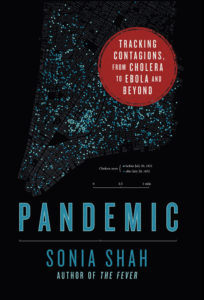 To make matters worse, the Manhattan of yesteryear was home to coastal marshlands known as “water lots” that were often transformed into housing developments. Twice daily, rising tides would flood these areas, bringing human waste and toxic water into local streets, cellars, and even wells containing drinking water. Then, during a drought in 1832, the city’s diminished supply of potable water became horribly contaminated, resulting in a devastating cholera epidemic. Thankfully, we’ve learned from such disasters, and many countries in the world now have sophisticated plumbing systems to process human waste in a sanitary way.

These days, one of the most effective tools we have to combat diseases is antibiotics. But as Dr. Martin Blaser points out in his book Missing Microbes: How the Overuse of Antibiotics is Fueling Our Modern Plagues, antibiotics aren’t nearly as safe as pharmaceutical companies would like us to believe. In fact, these synthesized substances can be as much of a curse as they are a blessing. The reason is that antibiotics effectively destroy dangerous bacteria, but they can also kill healthy microorganisms in our digestive systems. Consequently, this can alter our individual microbiomes, leading to dangerous changes in our internal organs. 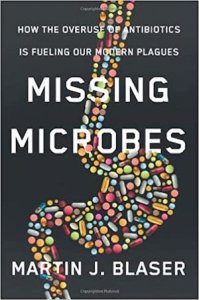 Surprisingly, the bulk of antibiotics produced in the United States today aren’t intended for humans. Rather, they’re developed for farm animals, and the reasons for this are twofold. First, antibiotics help keep animals healthy and allow them to gain more weight, making food production more efficient — and more profitable. Secondly, farms are often unsanitary, providing ideal conditions for pathogens to spread. The danger of administering such high volumes of antibiotics to livestock is that harmful residue can easily make its way into our food sources and water supplies, setting the stage for human infections. That’s why some countries, including France, have recently taken steps to reduce exposure to antibiotics, especially in children.

Although infectious diseases have taught us a tremendous amount about science and biology, the viral nature of pandemics has also opened our eyes to how other phenomena, such as memes and TikTok videos, can spread through society. In The Rules of Contagion: Why Things Spread — and Why They Stop, author Adam Kucharski explains how illnesses have helped us learn that rules of contagion can apply to more than just maladies. 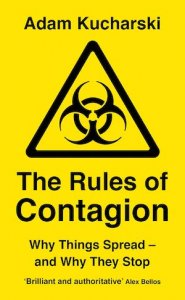 The Rules of Contagion

The Rules of Contagion

More than 100 years ago, researchers began to notice stark similarities between the ways viruses and ideas can propagate through a population. In the interim, experts have also identified parallels in other areas, ranging from finance to violence. As such, contagions have illuminated the way in which knowledge and beliefs can emerge and thrive just like viruses do. Research and data are key factors in discovering such insights, and although there are still many unknowns in the world, today’s technology can help us understand how human behavior often mimics outbreaks of illnesses.

It’s too soon to say with any certainty what lessons we will learn from the novel coronavirus, but the crisis will almost certainly result in sweeping changes that ripple across countries and cultures. If you’d like to learn more about how illnesses from the past have shaped our present, or if you’re curious about how COVID-19 could influence our future, Blinkist makes it easy to discover the key takeaways from the aforementioned titles — and many more — in minutes.