How to Answer Questions About Your Salary Expectations

Questions about salary during the hiring process can be a bit of a minefield. Here are some tips, with examples, on how to answer like a pro.

Being asked about your salary expectations during an interview can put you in a tough spot.  If you undershoot you could wind up with a lower offer than you’d have gotten otherwise, but aim too high and you could knock yourself out of the running.

The question is also a bit of a test on the interviewer’s part. In addition to confirming that your expectations are in line with their budget, the way you talk about money can also reflect your seniority, qualifications, and even your professional confidence. And a hiring manager will be taking all of these things into consideration when they evaluate whether you’re the right fit for the job.

So how should you handle this all-important and very common question?

Think About Your Salary Requirements Ahead of Time

You should go into the entire search process with an idea of how much money you’d like to make in your next job, and how that aligns with what’s standard and reasonable in your field.

The most crucial step is to research salaries for jobs that are similar to the one you’re applying to. There are many websites that can help you find the information you’re looking for. If you’re lucky, there may be salary information available for the specific company where you’re applying on sites like Glassdoor or Payscale.

You also can and should look up salary information for similar positions at competitor companies, though it’s important to choose your comps wisely. The most useful information will come from companies that fit the same basic profile (industry, size) and that are in the same geographic area as where you’ll be interviewing. A marketing job at a nonprofit won’t pay the same as a marketing job at a bank. And salary ranges will be very different in major hubs like New York or London, compared to smaller cities and towns where housing is much cheaper.

In addition to internet research, if you have friends and colleagues in the same field, you should absolutely ask them for advice. Depending on your relationship with this person, you may even be comfortable asking how much they make. This can be a sensitive issue, so we definitely advise you to broach it with tact. But given the new emphasis on salary transparency, people may be increasingly willing to have this conversations.

Ask Yourself, Honestly, How Much Money You’d Like to Make

The first step of this process is to calculate how much money you actually need to maintain your lifestyle and pay your bills.  Then you can move from thinking about what’s necessary, to what’s possible: the absolute minimum you’d be willing to do this particular job for, the amount you’d be genuinely happy with, and what your shoot-for-the-moon dream salary would look like.

All of this should be realistically informed by your research, your level of experience, and professional goals. You should also be open to tweaking these numbers during the interview process. Maybe the scope of the job is actually greater than you initially realized, so you’ll want to request more. Or maybe you learn something amazing about the workplace that would make you willing to accept a slightly lower salary.

You should also take into account what you’re currently earning. For a position that would amount to a promotion you should be looking for a raise, maybe even as high as 20% if your research suggests that might be attainable. Even if the new job would be a more-or-less lateral move, you can likely aim for a somewhat higher salary.

How to State Your Salary Expectations on the Initial Application

It’s common, though not universal, to see a field for “salary expectations” on the initial application form for a job. Often this field is required, so you have to say something. However you should absolutely avoid saying anything concrete this early in the game. If the form will allow you to input a non-numerical answer, you can write “negotiable” or “flexible.”  Otherwise, you can put in the broadest version of your salary range, based on your research and all that thinking you’ve done (more on salary ranges below).

How to State Your Salary Expectations During an Interview

Once you’re asked the question in person, you’re going to have to get into specifics. Here are some different ways you could handle it.

If you’re asked about salary very early in the process, you may have a bit of leeway to put the question off until you know more. It would be totally appropriate to say something like:

I’d like to learn more about the specifics of the position, the team, and the work environment before we discuss money.  Then I’ll be able to give you a more accurate and realistic response.

See If You Can Turn the Question Around

Especially if you’re asked early on, you can try to hedge by asking the hiring manager what their anticipated pay range is:

I’d like to learn more about the specifics of the position, the team, and the work environment in order to give you a considered response. Is there a salary range that you have in mind for this position?

If it’s much lower than you were expecting or lower than you can reasonably accept, you can politely ask if there might be room to negotiate for the right candidate. If they decide they want to hire you, they may be willing to raise their offer somewhat.

State a Salary Range and Support Your Reasoning

If you’ve already learned a great deal about the job, or if you want to make sure that you’re all on the same page about money before you go further with the process, you can start getting into numbers.  However, you want to state a salary range, not a specific number. This gives you room to negotiate an offer, rather than locking you into something that may be lower than you could ultimately get.

This range should be based on all that research and preparation you did prior to the interview. However, don’t be afraid to aim a little high as long as you’re still within what’s reasonable for the position. Your bottom number can and should be higher than your absolute minimum, and your top number can be a wee bit above the upper range of what you’ve seen in your research.

If the company can’t match your highest desired salary, but you’re still in the right general ballpark, they’ll tell you what they can offer and allow you to decide whether you’ll accept it. Ideally you’ll get a bit more than you were expecting, and even if you get negotiated down, you’ll still be making what you need.

When you state your numbers, you should be sure to emphasize why those numbers are reasonable for you to expect. Here are some things you could say:

I’m open to negotiate, but based on comparison research plus the XX years of experience I’ll bring to the role, I’m looking for an annual salary of between $62,000 and $69,000.

I believe that a salary of $85,000 to $90,000 per year reflects the industry average and is also reasonable, given my XX years of B2B marketing experience plus my additional professional training in customer service. Does this range align with your budget?

Consider Other Aspects of Compensation

If there are perks beyond annual salary that are important to you when considering whether you’ll take a job, you can mention that you’re flexible based on the entire compensation package. You’ll still want to give a range, but you can say something like:

Based on my qualifications, I’m looking for an annual salary between $70,000 and $75,000. However I’d be open to negotiating based on bonuses, stock options, or support for educational and other professional development opportunities.

What to Avoid When Talking about Salary Expectations

As we’ve already indicated, there are a few things you’ll want to avoid when talking about salary expectations with a potential employer:

You don’t want to give a set number before you receive a job offer, because then you’ll be preempting any sort of negotiation.

You want to avoid giving a number that’s much higher than what is standard for the position, based on your research. This will likely knock you out of the running.

Something else to note is that being asked to disclose your current salary during an interview is ethically questionable at best, and even illegal in some places. So being asked is a bit of a red flag, and it would be reasonable to find a way to dodge the question –  using it, for example, as a way to segue into talking about what your salary expectations would be for this job. 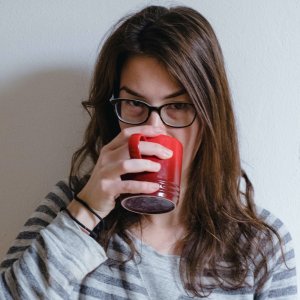