How Erika Lust Evolved Adult Entertainment by Being True to Herself

Adult films aren’t something that we talk about in public very often, but feminist adult movie director Erika Lust wanted to change that the only way she knew how—by being true to herself.

“It was very little about her actual sexual experience”

For some people, their day job never leads to their passion. This wasn’t the case for Erika Lust. After moving to Barcelona to be with her partner, the political science major found herself making ends meet on the sets of the city’s thriving advertising production industry. She started on the ground floor as a runner and production assistant, and found herself quickly moving up the ladder thanks to her keen eye and natural love for being on-set.

“Of course I had a lot of people laughing at me, thinking it was ridiculous, what I wanted to do”

She Let Her Values Guide Her Decisions

Her feelings about the unequal emphasis on gender roles, and the idea that women’s sexuality wasn’t taken seriously were proven right when she started to shop The Good Girl around to some adult film companies. Despite getting positive feedback, the industry was convinced that women didn’t want to spend money on anything to do with sex. Feeling sad and baffled that this was the way the world looked at women and their sexuality, Lust had a turning point.

“There’s no market for this. Women aren’t interested in buying anything that has to do with sex”

Casting a Wider Net, on the ‘Net

“OMG, it’s not only me, there are actually more people out there…” 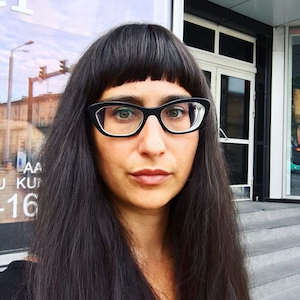 ABOUT THE WRITER
Jen Geacone-Cruz

Jen is a former microbiologist, fashion editor, and Senior Copy Strategist at Blinkist. She’s been writing for more than 20 years and has worked on everything from international fashion magazines to Japanese radio. Jen studied microbiology and psycholinguistics, and after living in Japan for a decade, decided to call Berlin home since 2010. She loves languages, comic books and graphic novels, and is formidable with an epée and kyudo bow.
Jen’s recommended read is The Compass of Pleasure by David J Linden.

@anomiseditrix [email protected]
Start free Blinkist trial
A small investment, an incredible growth opportunity: Get access to powerful ideas from top nonfiction books and podcasts.
Start your free trial
Get the best of Blinkist
Upgrade to Premium now and get unlimited access to the Blinkist library. Read or listen to key insights from the world’s best nonfiction.
Upgrade to Blinkist Premium
Our Top 3 Reads: