5 Things You Need to Know About Orwell’s Revenge, the Out-of-Print Book on Mark Zuckerberg’s Reading List

Mark Zuckerberg’s 9th pick for his Year of Books is Peter Huber’s Orwell’s Revenge
A response to George Orwell’s classic, 1984, which defends the free market and defends modern technology’s benevolence. 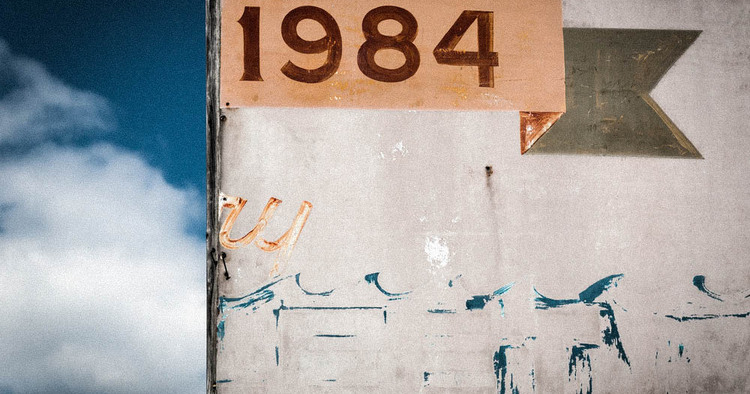 A quick note from us: Our purpose at Blinkist Magazine is to put knowledge from great business books on your radar every day, and we think that part of our job entails keeping you up-to-date with what great minds are reading. Thus, welcome to our eighth installment of Mark Zuckerberg’s Year of Books. We hope you’ll like learning what Zuckerberg is reading and that it will help start some great conversations—and expand your social network, too.

WAR IS PEACE.
FREEDOM IS SLAVERY.
IGNORANCE IS STRENGTH.
THE MACHINES ARE COMING TO GET YOU.

So read the slogans of the totalitarian Party of George Orwell’s novel 1984. Well. All but that last one.

Even if the machines are coming to get you isn’t one of the writings on the wall in Orwell’s classic, machines and their suppression of all that is passionately human is a significant focus in the book. The novel paints a grim picture of a citizenry stifled by state-inflicted technology, their thoughts as restricted as their movements.

Orwell’s dystopian vision of what the future might hold has tapped into the deepest fears of generations—one of the chiefest being the ways in which technology could be abused by the government. In Orwell’s Revenge, published in 1994, author Peter Huber turns that fear on its head in some very surprising ways. Huber scanned all of Orwell’s writings and ideas into a computer. He then used a software program to write an original response to 1984 in Orwell’s very own words.

In Mark Zuckerberg’s ninth A Year of Books pick, Peter Huber presents a part man- part machine-made amalgamation of Orwell’s thoughts and language as an attempt to show that despite fears of a totalitarian future, technology and the free market have instead become a force for good. 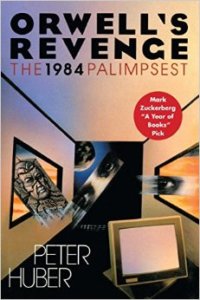 A Year of Books Pick #9: Orwell’s Revenge by Peter Huber

You’ve probably heard a politician lament that society is sliding into an Orwellian nightmare, that a totalitarian state is just around the corner, or that “Big Brother” is watching you. Peter Huber contends that such fears are irrational and wrong—as wrong as George Orwell in his predictions from 1984.

Orwell thought that technology and the power of the market would lead to an oppressive surveillance state, but in reality, says Huber, they’ve led to the complete opposite. Orwell’s Revenge makes a claim for why this is so and attempts to underscore that machines are friends, not enemies, that freedom of choice is more worthwhile than equality, and that fears of totalitarian takeover are unfounded.

Peter Huber is a partner at the law firm Kellogg, Huber, Hansen, Todd, Evans & Figel and a senior fellow at the conservative think tank, The Manhattan Institute for Policy Research.

3 Things You Should Know from Orwell’s Revenge 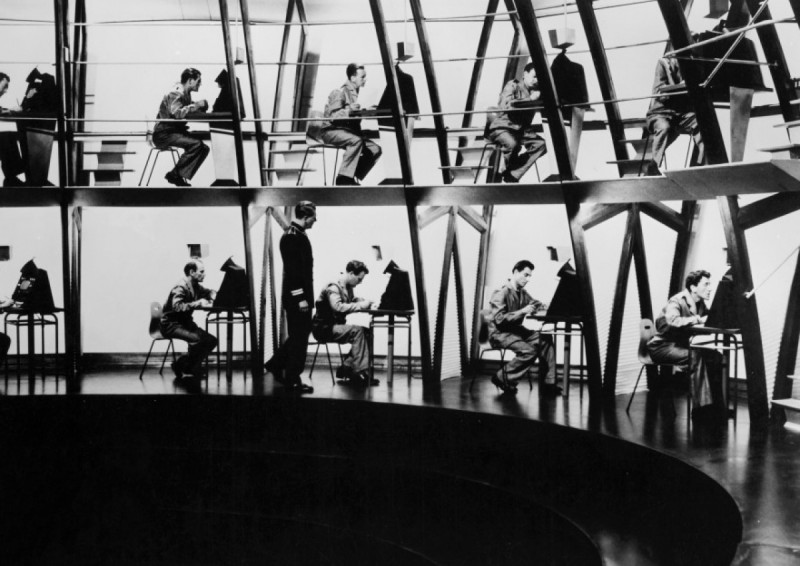 When Orwell published his novel in 1949, post-war society was split into two economic camps: the capitalists in the West and the socialists in Soviet Russia. Orwell, for his part, sympathized with socialist thinking. He believed that a capitalist economy was unfair; if an owner earned £50,000 a year while his worker took in a mere 15 shillings per week, that was robbery, pure and simple.

Orwell also felt that a market economy was robbing society of artistic expression and truly free thought. Artists and writers had – if they wanted to make a living – to only think, write and produce things that could sell. Similarly, Orwell believed capitalism could actually stifle invention by disincentivizing the pursuit of ideas and projects that weren’t immediately profitable. The market then, like a machine, is characterized as undermining a person’s freedom of thought.

Huber holds that although a free market may lead to financial inequality, inequality is a fixed aspect of human life. We’re born with unequal talents – some people run faster than others, others are more clever. We all have certain characteristics that make us stronger or weaker than others. The free market can’t change that, but it can offer freedom – the freedom to purchase what we like and the freedom to succeed or fail on our own terms. And while that may lead to inequalities of wealth, it preserves something far more important: the equality of opportunity.

2. Orwell thought that modern technology would stifle freedom of choice. Huber says he was wrong. 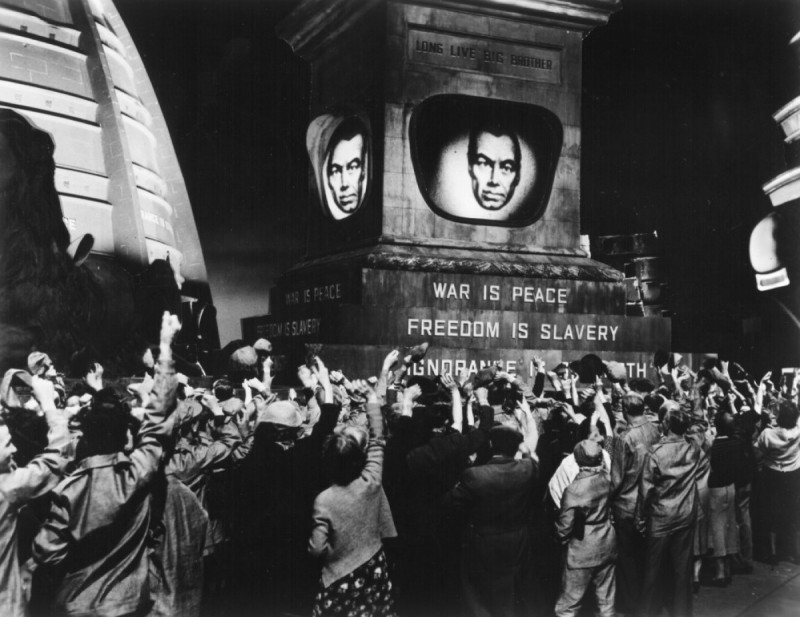 Although Orwell was against capitalist systems and the advancement of technology, he couldn’t deny the fact that humans are social animals who enjoy sharing. What he couldn’t have realized then was the degree to which technology in a free market facilitates collaboration on a tremendous scale.

Huber argues that, through digital communication, we are able to see how people live and think all around the world, and instantaneously. This perspective encourages us to improve our own situations. Digital communication also boosts collaboration by allowing us to forge bonds with others, sharing ideas and goods. Today, it’s not so far-fetched to see a German shipping company teaming up with a British publisher and an Indian printing press, with each business benefiting from lower costs. In this way, freedom of choice is inherent to digital communication, as each individual is able to choose with whom she collaborates.

3. George Orwell himself was actually a master of doublethink 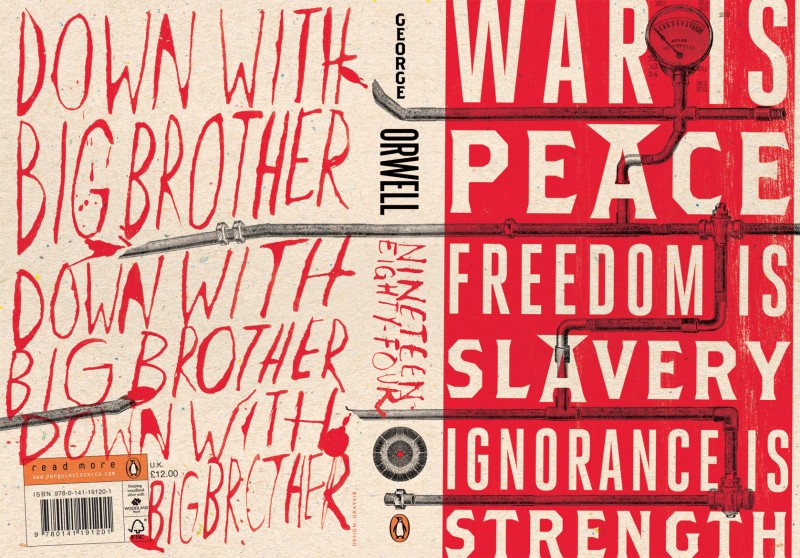 Orwell’s Revenge was written using software that analyzed and repurposed Orwell’s language to put forth a critique of his ideas. But why didn’t Peter Huber just write a straightforward rebuttal? Because he knew he could expose a facet of Orwell’s person that would surprise even his most devoted readers.

Orwell had brilliant insight, understanding not only the risks of totalitarian regimes but also linking oligarchies and technology long before anyone else had made similar connections. And yet he made a huge mistake, misjudging markets and technology both. As already addressed, the combination of these two powerful forces would have been a lifesaver in the totalitarian nightmare of 1984.

However, Orwell may have actually realized his mistake, being versed in doublethink. (In 1984, doublethink refers to the ability to simultaneously think and hold two contradictory beliefs.) For instance, Orwell admired American liberty as a philosophy, but detested it in practice, especially when considering the rise of large-scale industry, the exploitation of cheap immigrant labor and embezzling millionaires.

It’s only fitting that the author of Orwell’s Revenge affirms 1984’s vision even as he refutes it. In other words, Huber shows that poving Orwell right ultimately proves him wrong—the final, triumphant act of doublethink.

One smart fact from Orwell’s Revenge

The free market actually supports social liberties rather than suppressing them.

Huber argues that freedom of choice is also about having control over what we show others and what we see or hear. For instance, you don’t have to have an account on Facebook, or to post photos on Instagram, or even read blogs. Each person is free to share what she wants or connect with whomever, and whenever. Even if our internet era has to a certain extent degraded our collective tastes (social media-driven celebrity culture as just one example), it’s better to have bad taste than to live within an oppressive regime that imposes one taste for everyone, good or bad.

George Orwell viewed machines and capitalism as the fundamental enemies of humanity, believing that these forces could encourage and support totalitarian regimes. Orwell’s Revenge mounts the argument that, in fact, technology and the free market actually foster collaboration, protect individual liberties, and support freedom of choice.

Read Orwell’s Revenge by Peter Huber in full, or, hey! Start off with a 9-minute summary of the book’s most critical insights on Blinkist for free.