Luckily for us, some of the world's greatest minds have let us in on their favorite reads. Better yet, you can read the key insights on the Blinkist app.

Reading nonfiction is one of the easiest ways to learn new things, and to challenge your status quo with new perspectives. But with millions of great titles to choose from, where are you supposed to start? Why not take inspiration from your role models? Here are 5 unusual, inspirational titles chosen by some of the most successful people the world has ever seen.

If you don’t have time to pick up these titles right now, why not get a quick overview of them with the Blinkist app. With the Blinkist app, you get the key learnings from the best nonfiction books in minutes, not hours or days. Our experts transform these books into fast, memorable, easy-to-understand insights.

Start with these 5 titles and see if you don’t feel a little more inspired already. 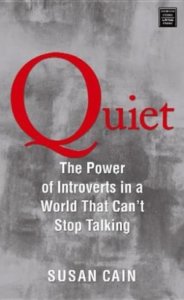 Emma Watson is a world-famous actress, activist, and bibliophile. The UN Goodwill Ambassador believes deeply in the power of reading to change people’s lives, and has always been keen to recommend titles she loves. In 2013, she told Rookie how reading Quiet by Susan Cain left a deep impression on her.

“I’m kind of an introverted kind of person just by nature, it’s not like a conscious choice that I’m making necessarily. Coming to realize that about myself was very empowering.”— Emma Watson

Then, in 2016, she launched an online book club called The Shared Shelf. Through it, she and her fans explore a broad range of fiction and nonfiction books that help them think differently about the world, and their place in it. 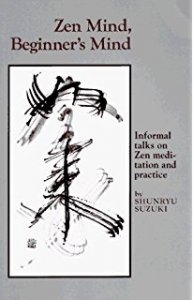 Steve Jobs was not only a fan of Shunryu Suzuki’s Zen Mind, Beginner’s Mind, he was partly responsible for popularizing it in the United States. This book explains what Jobs came to see as “mind technology”, a way of reducing stress, gaining clarity and enhancing creativity.

“Your mind just slows down, and you see a tremendous expanse in the moment. You see so much more than you could see before. It’s a discipline; you have to practice it.”— Steve Jobs

This practice, Jobs believed, helped him to conceptualize and create some of the world’s most innovative products. Given the popularity of Apple, Jobs’ endorsement led to copies of Zen Mind, Beginner’s Mind flying off the shelves as people were eager to find their own zen and their individual route to creativity and success.

3. Bill Gates’ favorite book is The Better Angels of Our Nature 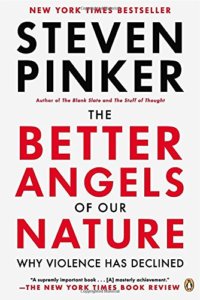 Microsoft founder Bill Gates has always been vocal about his love of reading. He’s often quoted in interviews about the books that he takes on his travels, and which new titles have piqued his interest. Indeed, he’s giving Warren Buffett a run for his money when it comes to being the world’s biggest bibliophile and advocate of nonfiction books. (FYI: Buffett claims to spend 80% of his time reading). For years, Gates has been talking up Steven Pinker’s The Better Angels of Our Nature as the best read of the last decade. In May 2018, he addressed people who were just about to finish college on Twitter:

“If I could give each of you a graduation present, it would be this — the most inspiring book I’ve ever read. It shows how the world is getting better. Sounds crazy, but it’s true. This is the most peaceful time in human history. That matters because if you think the world is getting better, you want to spread the progress to more people and places. It doesn’t mean you ignore the serious problems we face. It just means you believe they can be solved.”— Bill Gates

Pinker’s 2012 title discusses how, though it may not seem like it, violence has declined massively over the course of history. According to Pinker, despite what the 24-hour news cycle might tell us, we are living in the most peaceful time in history. It explains what motivates humanity to use violence and what increasingly prevents us from doing so. With such a prominent, outspoken fan, it’s not a title you can afford to miss! 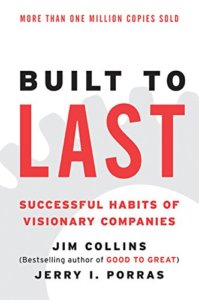 Tech giant Amazon was founded in 1994. Its founder, Jeff Bezos, has since become one of the most successful — and very briefly, the richest — men on the planet. Keeping a company successful and innovative is a struggle at any stage of its development, but the bigger a company gets, the more difficult for it to change tack and remain relevant. That’s why Bezos is a big fan of Jim Collins’s Built to Last.

The book was released the same year that Amazon was founded, and details how 18 extraordinary companies managed to stay prosperous for decades on end. It outlines what sets real visionaries apart from companies that never quite make it. Clearly, Bezos was taking notes!

5. Stay Agile with The Lean Startup like Sheryl Sandberg 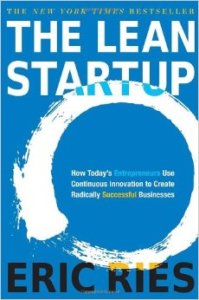 Sheryl Sandberg is best known for her books Lean In and more recently, Option B, but it’s her professional success as COO of Facebook that first put her in the public eye. Being a savvy business person means making tough decisions, listening to the right people, and knowing when you’re wrong. It also means running your company like a tight ship. Sandberg isn’t the only COO to find inspiration and advice in Eric Ries’s The Lean Startup, and she certainly won’t be the last. What could you learn from it?

“The ability to learn is the most important quality a leader can have.”— Sheryl Sandberg

Ries’s book is on most founders’ nightstands for good reason. It’s considered a bible in the tech industry, and as every smart CEO knows, keeping your company lean, agile, and sustainable could be the difference between make or break!

Let these 5 life-changing titles whet your appetite for great ideas and never stop learning by downloading the Blinkist app.

Remember, there are over 2,500 more bestsellers — and counting! — where these came from, and you can absorb the best of what nonfiction has to offer anywhere, anytime with the Blinkist app. How will you change your life?