A groundbreaking study in how science progresses 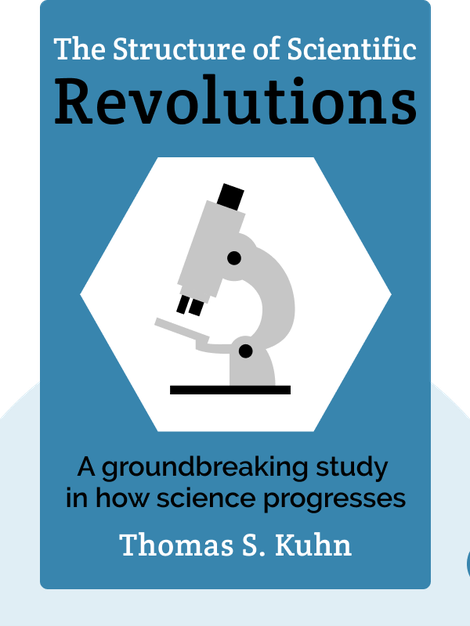 The Structure of Scientific Revolutions (1962) is a groundbreaking study in the history of science and philosophy. It explains how scientists conduct research and provides an interesting (if controversial) explanation of scientific progress.

Thomas Kuhn (1922-1996) was a highly influential physicist, philosopher and historian. His most famous work, The Structure of Scientific Revolutions, changed how we think about the history of science. 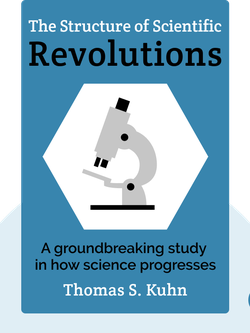 The Structure of Scientific Revolutions (1962) is a groundbreaking study in the history of science and philosophy. It explains how scientists conduct research and provides an interesting (if controversial) explanation of scientific progress.

Scientific progress relies on paradigms, the shared frameworks of accepted theories and knowledge.

Imagine a scientific laboratory. Do you see a frazzled man in a white lab coat, mixing strange chemicals in smoking test tubes, unsure as to how his experiments will turn out?

Well, that’s not exactly how the scientific method works. Truth is, experiments are never done randomly; scientists know precisely what they want to test. And often, they can even predict the outcome before they start.

They can make these predictions because of paradigms, frameworks of accepted theories and shared knowledge that govern scientific work. For example, Newtonian physics is a paradigm that relies on Newton’s laws of motion.

This kind of shared knowledge is crucial, because it gives scientists a foundation to build upon. By accepting some fundamental principles developed by previous research, scientists can concentrate on supplementing established ideas, rather than constantly reestablishing an initial framework.

Because, ultimately, a paradigm is just that – a framework. It can’t explain everything, since there are always going to be gaps in our knowledge and disjunctions between scientific theory and hard reality.

That’s why most scientists spend their time mopping up, that is, trying to plug the knowledge gaps and align theory with reality. For instance, Newton’s ideas were brilliant, but the equipment he used to conduct his research was rudimentary. And that produced certain ambiguities. In the following centuries, scientists developed equipment and devised experiments to address those knowledge gaps. This rigorous research led to our deeper understanding of Newtonian laws.

And, as mentioned earlier, when they’re mopping up, scientists pretty much know what kind of results they can expect. Because the paradigm governs their thinking, they don’t really expect to produce a novel outcome that falls outside the theoretical framework.

As we’ll discover in the next blink, however, scientists who aren’t looking for novelty often stumble upon it anyway.

Start your free Blinkist trial to get unlimited access to key ideas from The Structure of Scientific Revolutions and over 3,000 other nonfiction titles. With bitesize text and audio, it's easier than ever to find the right ideas to transform your life.