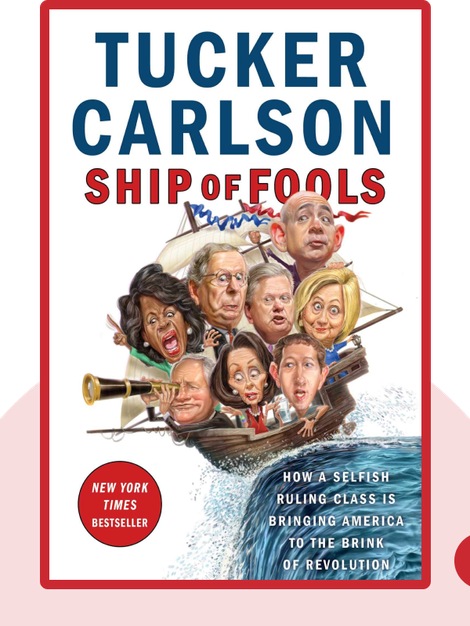 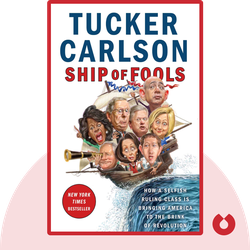 Ship of Fools (2018) delivers a provocative indictment of the political, cultural and economic elites of American society. In it, Tucker Carlson presents his case for how the elites are responsible for a wide variety of issues, ranging from sexism and racism to poverty and immigration.

Tucker Carlson is the host of Tucker Carlson Tonight, a talk show on the conservative Fox News Channel. He previously hosted shows on CNN, MSNBC and PBS, and he has also been a staff writer for the Arkansas Democrat-Gazette and The Weekly Standard. He was one of the cofounders of The Daily Caller, a conservative news and opinion website. 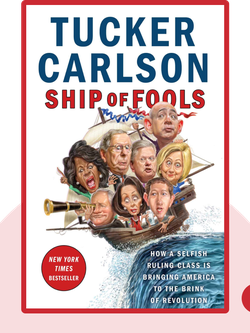 Ship of Fools (2018) delivers a provocative indictment of the political, cultural and economic elites of American society. In it, Tucker Carlson presents his case for how the elites are responsible for a wide variety of issues, ranging from sexism and racism to poverty and immigration.

Elites are out of touch with poor and middle-class Americans.

To understand Donald Trump’s ascendency to the White House, you first need to understand the historical context in which it took place. That context can be boiled down to a single phrase: the decline of the American middle class.

To see that decline, you just have to look at a few statistics. As these statistics demonstrate, there’s been a significant reduction in both the relative size and economic power of the American middle class over the past four decades.

From 1970 to 2015, the percentage of Americans who were in the middle class fell from over 60 percent to under 50 percent of the adult population. Meanwhile, the middle class’s share of all income earned in the United States plummeted from 62 percent to 34 percent, while wealthy Americans’ share shot up from 29 percent to nearly 50 percent, significantly increasing their absolute wealth in the process.

In other words, the gap between the rich and the poor has gotten wider and wider, while more and more Americans have been pushed to opposite sides of it. And as the gap has widened, the rich have put more distance between themselves and everyone else, both figuratively and literally.

For instance, wealthy Americans tend to be cloistered in a small number of coastal enclaves, such as certain affluent neighborhoods in and around New York City, Washington DC and San Francisco. Geographically isolated from most of their fellow citizens, the rich then go on to live lives that are largely separated from them as well.

Their children go to elite schools, such as Sidwell Friends in Washington DC – a very selective private school that has been attended by the offspring of prominent journalists, political officials and politicians, including both the Obamas and the Clintons. Then, they attend elite colleges and universities, such as Harvard, Princeton and Yale. Finally, they enter elite professions, such as journalism, politics, finance and law.

Along the way, they tend to marry each other and settle down in the enclaves mentioned earlier. Even in their free time, they often live on a separate plane of existence. For example, when they attend sports games, they don’t sit in the bleachers with the masses; they watch the spectacle from the comfort of their skyboxes.

Consequently, as Carlson sees it, American elites are out of touch with their fellow citizens. And this leads to all sorts of problems, as we’ll presently discover.

Start your free Blinkist trial to get unlimited access to key ideas from Ship of Fools and over 3,000 other nonfiction titles. With bitesize text and audio, it's easier than ever to find the right ideas to transform your life.