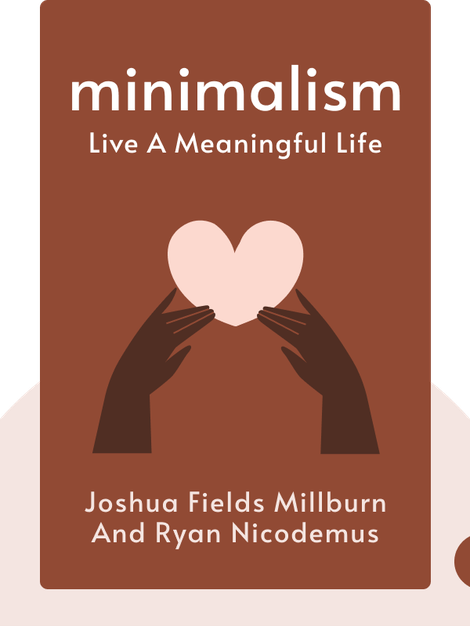 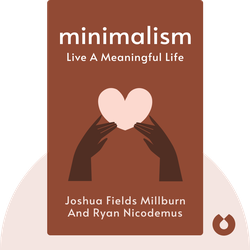 Minimalism (2011) offers readers an alternative path that avoids nine-to-five drudgery and helps them focus on what’s important in life. Authors Joshua Fields Millburn and Ryan Nicodemus have practical guidance on how anyone can free themselves from the financial and emotional binds of modern life to build a new and simpler lifestyle that is still authentic and rewarding.

Joshua Fields Millburn and Ryan Nicodemus were both on the corporate fast-track and earning six-figure salaries before they realized how unfulfilling living this supposed dream was. So they decided to pack it all in to live simpler and more fulfilling lives. Since then, they’ve been sharing their journey and the many lessons they’ve learned along the way on their popular website: theminimalists.com 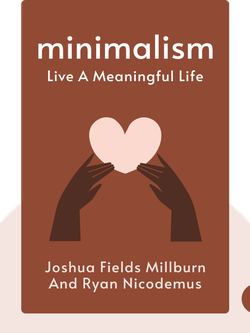 Minimalism (2011) offers readers an alternative path that avoids nine-to-five drudgery and helps them focus on what’s important in life. Authors Joshua Fields Millburn and Ryan Nicodemus have practical guidance on how anyone can free themselves from the financial and emotional binds of modern life to build a new and simpler lifestyle that is still authentic and rewarding.

Money and stressful jobs are not keys to happiness.

Many people grow up with the expectation that getting “a good job” is everything. From this perspective, true “success” is based on how good the job is – which is largely dependent upon the size of the paycheck.

But the truth is: money doesn't buy happiness.

Even rich people will tell you that more money comes with more problems, including being so stressed that you resort to comfort eating, waste money on meaningless gadgets and constantly think about the future while never enjoying the present.

Success often comes at another great cost: very few hours to spend with loved ones. Many children from families of success-oriented adults are raised by hired help, just so their parents can spend more time earning money.

So, more often than not, the thing that money really buys is unhappiness.

Ask yourself this: Is any stressful job worth having?

Coauthor Ryan Nicodemus asked this question while working at what many would consider to be a great job. He was even on the rise, getting promoted to a managerial position, but the role came with 80-hour work weeks and huge amounts of responsibility and pressure. What it added up to was debilitating anxiety, stress and depression.

Nowadays, Nicodemus believes there is no amount of money to justify the toll a stressful job has on your mental health. However, when you’re wrapped up in the job-is-everything mentality, it feels like you always need to make more and more money.

Both Nicodemus and his coauthor, Joshua Fields Millburn, thought they would be happy once they hit $50,000 a year. But after reaching that milestone, the goal quickly crept up to $75,000, then $100,000 and so on. At no point did they feel satisfied.

Part of the reason for wanting more was that, as their paycheck grew, so did their financial commitments and responsibilities – in the form of loans, cars and mortgages. Eventually, enough was enough and they both quit their jobs and decided to live on less money.

It was at this point that Millburn and Nicodemus finally experienced happiness. All thanks to their decision to adopt a minimalist lifestyle of working and consuming less.

But as we’ll see in the blinks ahead, the minimalist ethos is about more than money and work; it’s about letting go of everything that holds you back.

Start your free Blinkist trial to get unlimited access to key ideas from Minimalism and over 3,000 other nonfiction titles. With bitesize text and audio, it's easier than ever to find the right ideas to transform your life.