How Our Brains Influence Love, Sex, and Relationships 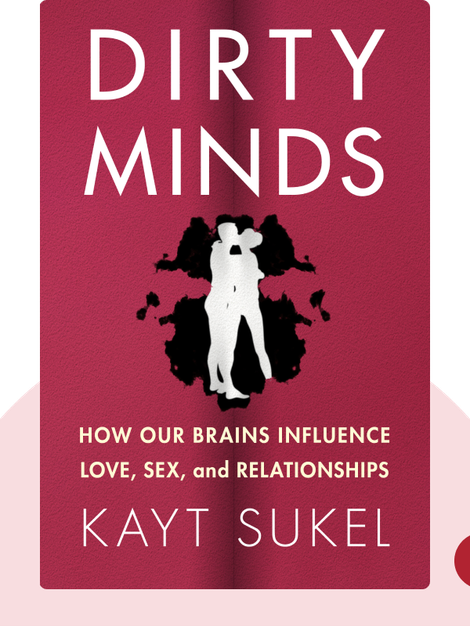 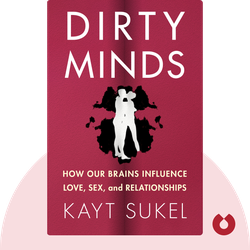 Dirty Minds (2012) is about the human brain and how it influences our relationships to love and sex. These blinks use neuroscience to explain the deepest intricacies of human connection, from our ability to attract others to our sense of commitment.

Kayt Sukel is a science writer who has contributed to the Washington Post, Atlantic Monthly, New Scientist, and the Dana Foundation Journal, among other publications. She holds a bachelor’s degree in cognitive psychology from Carnegie Mellon University, and a master’s in engineering psychology from the Georgia Institute of Technology.

How Our Brains Influence Love, Sex, and Relationships 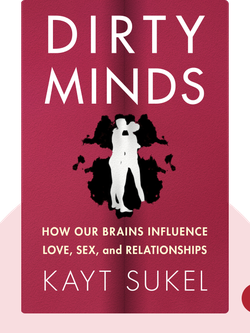 Dirty Minds (2012) is about the human brain and how it influences our relationships to love and sex. These blinks use neuroscience to explain the deepest intricacies of human connection, from our ability to attract others to our sense of commitment.

Humans have been studying the brain for centuries with mixed results.

Modern technology and medical science have made major advances in exploring love and desire. However, before such practices and procedures began to illuminate the workings of the human body, people were seriously confused about which organs guided these utterly human experiences.

In ancient Greece, Aristotle thought that the heart was both the site of human intelligence and the source of our passion. He also believed the brain to have a cooling function that dampened emotions when they got out of hand.

Then, in the nineteenth century, scientists became more interested in the brain, although their initial approach was flawed. Their investigation began in the 1850s with the scientists Franz Joseph Gall and Johann Gaspar Spurzheim, who developed what would be the theoretical basis for phrenology, the study of the skull to determine a person’s character and mental capacities. According to phrenology, by simply running a hand over the back of a person’s cranium and studying its topography, a practitioner could determine their subject’s sense of love.

Today, we know that this is nonsense, and in the twentieth century, technology began evolving to offer new, more productive techniques for examining the brain. Such advances enabled neuroimaging processes like CAT and PET scans, or computerized axial tomography and positron emission tomography scans. Medical science no longer had to rely on the bumps on a skull to explore brain function.

And finally, in the 1990s, functional magnetic resonance imaging, or fMRI, was born. This enabled researchers – neuroscientists in particular – to study the brain in a much more detailed way by seeing how blood flows within the brain. As a result, a scan can show which parts of the brain become more active in response to various stimuli, like, for instance, the feeling of love.

In short, we now know a lot more about how the brain works. In the following blinks, we’ll apply this understanding to sex and love.

Start your free Blinkist trial to get unlimited access to key ideas from Dirty Minds and over 3,000 other nonfiction titles. With bitesize text and audio, it's easier than ever to find the right ideas to transform your life.