The Global Quest for the Car of the Future 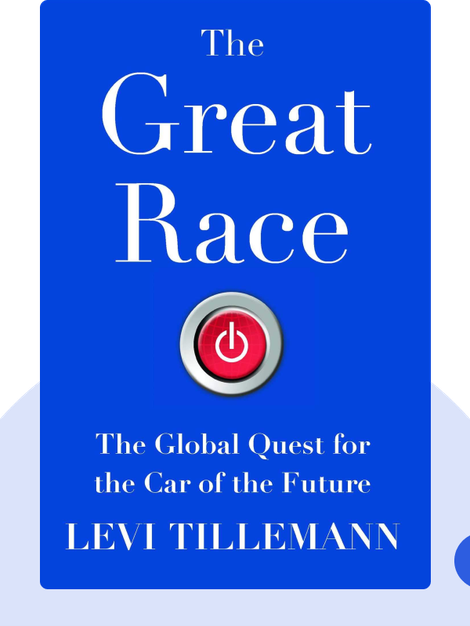 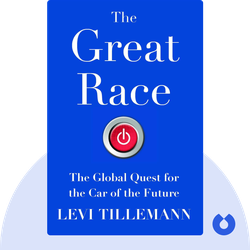 The Great Race (2016) is a comprehensive history of the competition to produce electric vehicles. These blinks detail the various roadblocks that emerged in the effort to build electric vehicles, and how different countries and companies sought – and sometimes managed – to overcome them.

Levi Tillemann is an American businessman and author. He is a former special advisor of policy and international affairs at the US Department of Energy and the former CEO of Iris Engines, where he worked with his father to develop a smaller, more powerful and energy-efficient engine.

The Global Quest for the Car of the Future 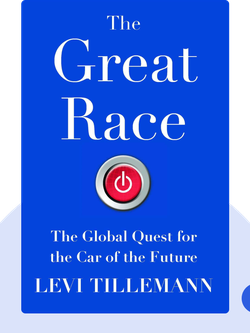 The Great Race (2016) is a comprehensive history of the competition to produce electric vehicles. These blinks detail the various roadblocks that emerged in the effort to build electric vehicles, and how different countries and companies sought – and sometimes managed – to overcome them.

Cars have changed the world like no other technological advancement, and that’s largely due to one of the automobile’s early innovators: Henry Ford of the Ford Motor Company. While Ford didn’t invent the car, he did transform the way it was built.

In 1903, he founded the Ford Motor Company, which began producing its first car – the Model T – shortly after. By 1910, the company was building 20,000 Model Ts every year. From then on, production continued to skyrocket, and by 1927, Ford was building one car for every five Americans.

But such incredible productivity was no coincidence – it was a result of Ford’s groundbreaking production philosophy, which we now know as Fordism. The idea was simple: Ford only built one model of car, in one color. His goal was for the finished product to be durable and to have mass appeal.

By sticking to one model, Ford was able to utilize an assembly line system, wherein a car moved along a row of workers, each of them responsible for just one step, until it was completed. This ingenious system allowed Ford to keep his prices so low that even poor Americans could afford his company’s cars. It allowed him to export them to Tokyo, Shanghai and other cities around the world.

So, by the time the 1930s rolled around, the three US car companies, Ford, General Motors (or GM) and Chrysler, were dominating the international auto market. For instance, in 1938, while Germany, Italy and Japan were producing a combined total of 437,000 vehicles per year, the United States was producing about 3.5 million!

And while Ford was focused on a single model, GM – a collection of many small manufacturers – was diversifying its mass production. Similar to GM, Chrysler combined several marques such as Plymouth or Dodge.

However, while the auto market was dominated by US companies early on, you’ll soon see how Japanese car companies quickly took the lead as people started to become increasingly concerned about emissions.