From Burke to Eliot 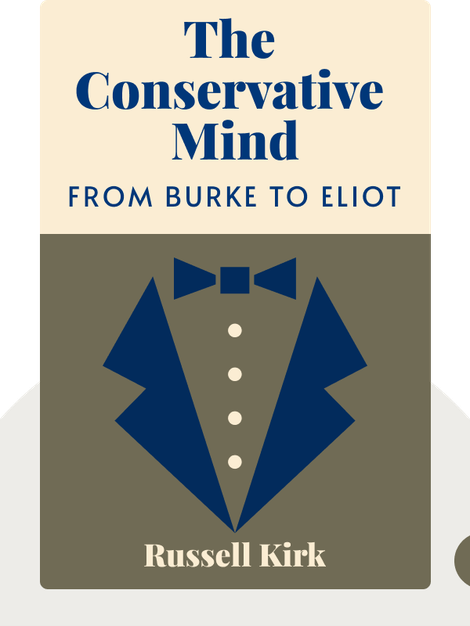 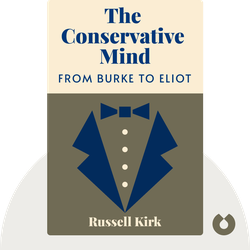 The Conservative Mind (1953) offers insights into the axioms that underpin modern conservative thought by looking at conservatism’s historical roots.

Russell Kirk was an American author, historian and political theorist, whose book The Conservative Mind was hugely influential in shaping the conservative movement following World War II. He wrote a number of works of fiction as well as other nonfiction works, such as The Roots of American Order.

From Burke to Eliot 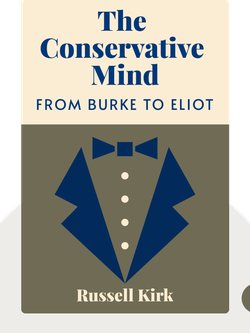 The Conservative Mind (1953) offers insights into the axioms that underpin modern conservative thought by looking at conservatism’s historical roots.

A conservative is guided by a moralistic higher power. God exists and influences everything we do.

Conservatism as a movement didn’t really come into being until 1790, with the publishing of Edmund Burke’s Reflections on the Revolution in France.

Burke’s book was the first to make people aware of the arguments and convictions of conservatives. While many other thinkers have since added their own contributions, conservative thinkers all share one thing in common: strong religious beliefs.

According to Burke, reason, revelation and an assurance beyond the senses all strongly signify that God both exists and is omniscient. After all, so many people believe that God is real; this must mean that God exists. If not, where could these beliefs have originated?

God's will can be seen through human history as it has developed under God’s divine influence. Because God influences our lives greatly, every thought or action that endures the test of time (like societal traditions) is very likely to be an expression of God's will. Otherwise, such thoughts or actions simply could not have survived rapid and violent societal changes.

Not only does God exist, but also we need to constantly remind ourselves of God’s influence. Life would lose its meaning if we ignored the influence of a higher power.

In the conservative mind-set, God’s influence extends over all our actions. Say you entered into a business contract. You suddenly realize that you could break the contract without anyone ever finding out.

If this were so, then the only thing that might stop you from breaking your contractual promise is the belief that the document represents an even higher form of promise, that is, something divinely sanctioned by God. Breaking the contract then would be deeply, morally wrong.