The Hidden Forces That Shape Behavior 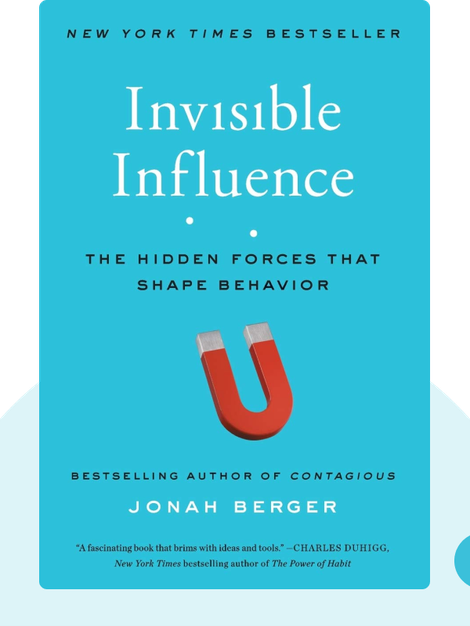 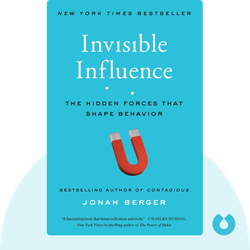 Invisible Influence (2016) is all about the effect other people have on the clothes you wear, the music you like and the decisions you make. These blinks explain how your actions, thoughts and preferences are shaped by others, and how by understanding this process, you can have greater control over these influences.

Jonah Berger is a professor of marketing at the University of Pennsylvania’s Wharton School. He is the recipient of several academic awards for his research and teaching, and is a contributor to the New York Times, Wired and various other magazines. Berger is the author of the New York Times best seller Contagious: Why Things Catch On.

The Hidden Forces That Shape Behavior 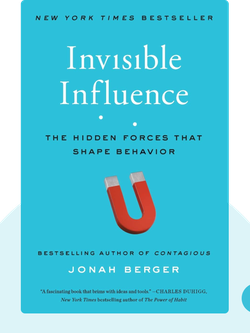 Invisible Influence (2016) is all about the effect other people have on the clothes you wear, the music you like and the decisions you make. These blinks explain how your actions, thoughts and preferences are shaped by others, and how by understanding this process, you can have greater control over these influences.

Every decision you make is affected by others, and identifying this influence can help you overcome it.

Have you ever thought of the reasons behind the clothes you wear or the car you drive?

Most people would chalk these things up to objective features like price, mileage or design, but this doesn’t tell the whole story. In reality, we’re quite easily influenced by social pressure. While many of us are reluctant to admit that others have power over us, they most certainly do; they affect our actions, preferences and even our self-perceptions.

Consider the neighborhood you grew up in: it has a profound impact on you because of things like the quality of nearby schools and the peers that surround you. If every kid in your neighborhood teased bookworms, think about how that could cause you to develop negative feelings toward reading.

But what is it about humans that allows us to be so easily influenced by others?

One reason is that we’re vulnerable to all manner of subtle factors. Take one study by psychologist Richard Moreland of the University of Pittsburgh: he instructed four women who were considered equally attractive to attend a large college class and act like normal students. The four women were to attend zero, five, 10 and 15 sessions of the class, respectively.

At the end of the semester, Moreland gave the students photographs of all four women and asked the students to rate the women based on their looks. The majority of the class preferred the woman who’d attended 15 sessions, but weren’t aware of ever having seen her!

Simply put, the study suggests that we prefer familiar people, and social influence is a powerful force in this regard. However, if you are aware of it, it will have less of an effect on you.

A child may not help but be influenced by the bookworm-hating kids in your neighborhood – that is, until she realizes how they’re influencing her. After that, the other kids won’t be able to discourage her so easily.

When faced with such an issue, she might ask herself whether people who read a lot are, in fact, losers. She might then consider all the prolific, illustrious scientists and writers who immersed themselves in books, and be encouraged by them instead.