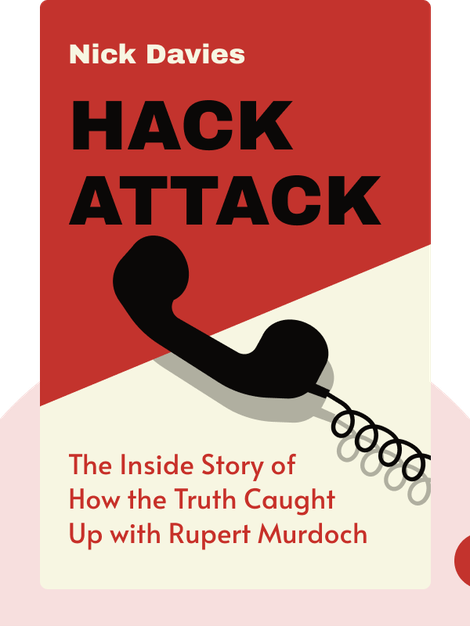 Hack Attack details the riveting story of the phone hacking scandal that rocked the British media in 2011. Focusing on the rise and fall of Rupert Murdoch’s News of the World, the books offers an inside look into the seedy world of tabloid journalism.

Nick Davies is an award-winning author and investigative reporter. His numerous gongs include Reporter of the Year and Journalist of the Year at the British Press Awards. He is currently the special correspondent for the Guardian. 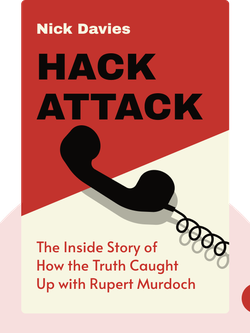 Hack Attack details the riveting story of the phone hacking scandal that rocked the British media in 2011. Focusing on the rise and fall of Rupert Murdoch’s News of the World, the books offers an inside look into the seedy world of tabloid journalism.

One easy way to get information is to just steal it, for example, through phone hacking.

As with many other historic moments in British history, the phone-hacking scandal involved the Royal Family. This story, however, isn’t about deposing monarchs or warring kingdoms.

It centers around phone hacking, the illegal act of accessing someone else’s voicemail messages without their knowledge or consent.

For example, phone hackers can simply exploit a loophole in telecommunications safety. Voicemail inboxes can be accessed remotely, and from any phone – all you need is the PIN.

And people usually don’t change their PIN from the factory settings, which could be a simple code such as 0000. If you guess the PIN, you can access your target’s voicemails from anywhere.

The most nefarious means of accessing voicemails is by blagging, i.e., obtaining other people’s personal information through lying, persuasion and cunning.

Blaggers call phone companies and impersonate the owner of the phone, using their silver tongues to either acquire someone’s PIN or have it reverted to the easily guessed factory setting.

Among the original and most talented phone hackers was Glenn Mulcaire. While others may have had to learn the skill, Mulcaire was practically born to be a blagger. Almost instinctively, he would use his quick thinking and guile to effortlessly extract private information from his unwitting victims.

Mulcaire began his work as a private investigator but soon caught the eye of the editors at tabloid newspapers. One of them, News of the World (NoW), took a particular interest in his skills.

But it was 2005 when Mulcaire got his game-changing assignment: to hack the phones of the British Royal Family.