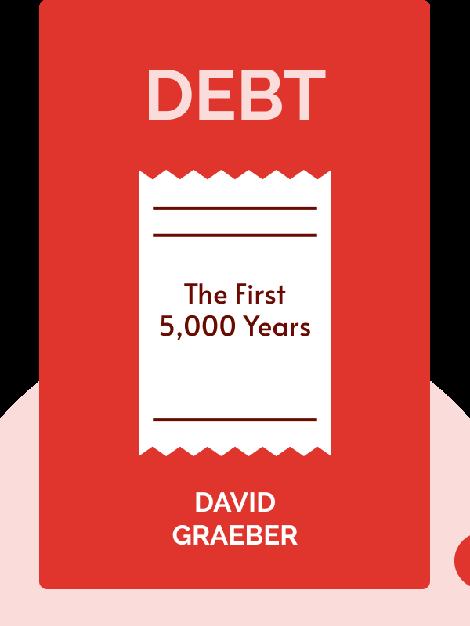 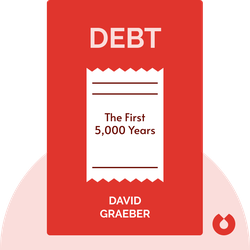 Many of us assume that money – or capitalism in general – is a fundamental part of human society. In Debt, author David Graeber presents an anthropological examination of money that challenges common assumptions, asserting that money and the concept of debt are actually products of specific historical circumstances.

David Graeber is an anthropologist, activist and professor at the London School of Economics. A prominent organizer in the social movement Occupy Wall Street, Graeber’s work and writings on anthropology, anarchism and social justice have earned him many accolades. 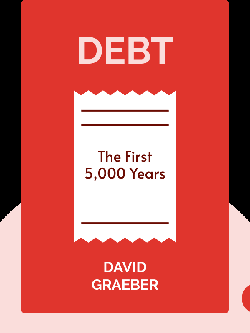 Many of us assume that money – or capitalism in general – is a fundamental part of human society. In Debt, author David Graeber presents an anthropological examination of money that challenges common assumptions, asserting that money and the concept of debt are actually products of specific historical circumstances.

Systems of debt and credit have existed since the beginning of recorded human history.

Economic history textbooks tell us that the earliest human exchanges were based on a bartering system. Money was invented only to facilitate bartering; later, the idea of credit was introduced.

However, there’s no actual evidence that bartering preceded money. In most modern, pre-industrial societies, bartering is only done among strangers.

The Pukhtun of northern Pakistan, for example, are famous for their hospitality, but use a form of barter called adal-badal for those to whom they have no social obligations.

This is somewhat intuitive. When a family member or close friend asks you for something, do you start scheming about how you can benefit from the transaction? Certainly not; but classical economics would have it otherwise.

Economic theory actually has it backwards. Anthropology teaches us that people were using virtual money – credit – far before the inventions of coinage or bartering.

Virtual money was already in use in ancient Mesopotamia, around 3500 BCE. The silver shekel functioned as the single, universal system of accounting, but most of the silver that underpinned this early monetary system was closely guarded in temple and palace treasuries.

Society also maintained an exchange rate between shekels and barley, the staple crop. Debts and taxes were usually charged in shekels, but paid in barley.

Despite anthropological evidence, the barter myth persists as it is central to the discipline of economics. It goes hand in hand with the assumption that all individuals are interested in maximizing profit, and that an individual is able to assign an abstract value to anything.

In reality, this tendency to see the world in terms of exchange value is not natural, but a product of a specific historical process.